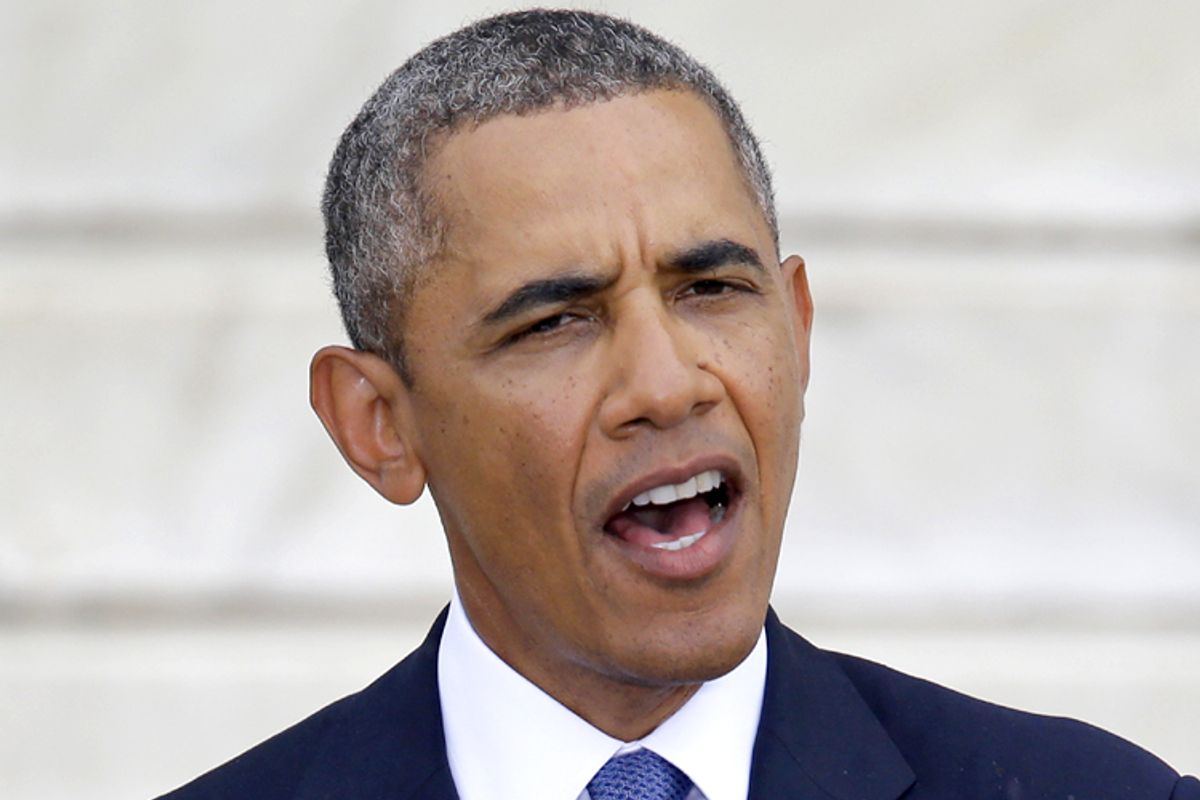 President Obama, former Presidents Bill Clinton and Jimmy Carter, and other luminaries spoke on the steps of the Lincoln Memorial today to honor the 50th anniversary of Martin Luther King Jr's. "I Have a Dream" speech. There did not seem to be any self-identified Republicans or conservatives participating but on Twitter many of them tried the difficult trick of mocking the proceedings while also claiming the legacy of MLK. The results weren't pretty.