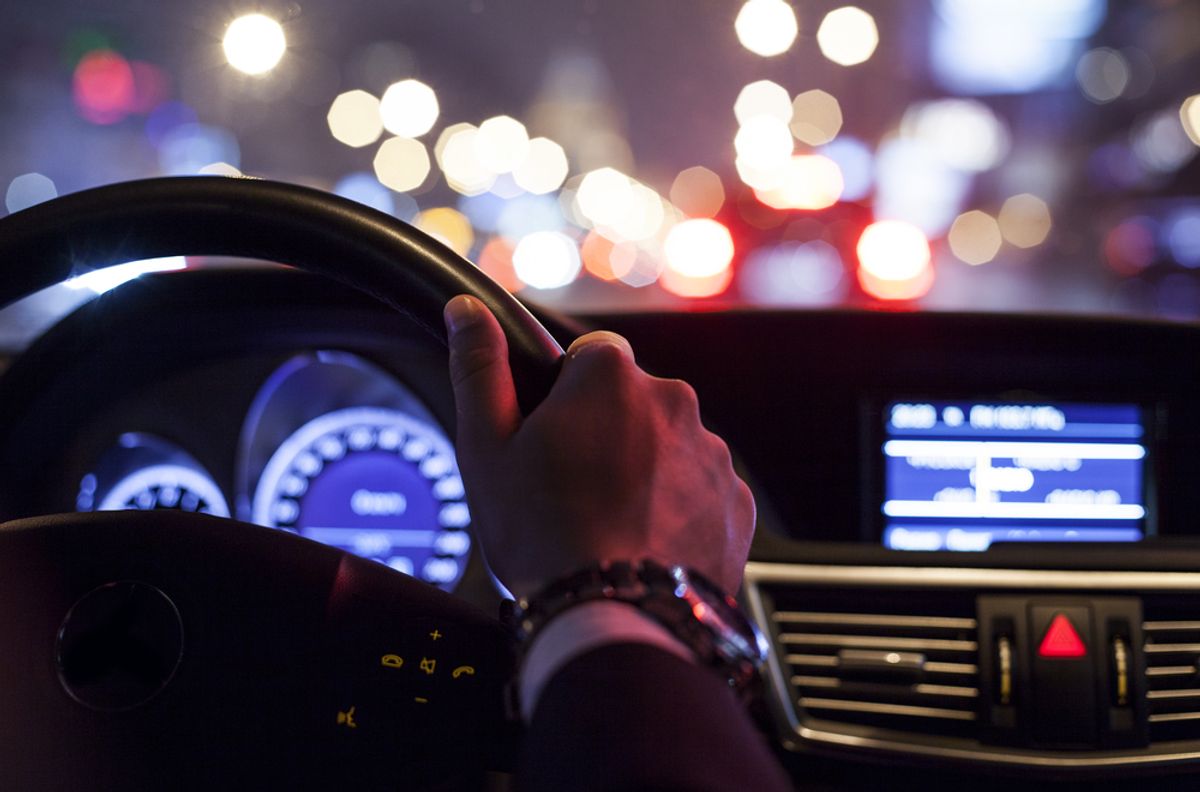 ZURICH, Switzerland — Drive-ins may not very popular in Europe, but a new take may well prove to be.

From this week, men seeking prostitutes here will be directed to a former industrial zone where nine “sex boxes” are being unveiled.

Following signs showing an umbrella-shaped red light, they will drive up one at a time along a lane reminiscent of fast-food drive-thrus. Along the way, they’ll negotiate fees and services with one of up to 40 sex workers. Once an agreement is reached, they’ll join the prostitutes in a car-wash style box to complete the transaction.

The scheme is part of an effort to regulate prostitution and remove it from downtown.

Michael Herzig, a social services employee who heads the project, says it will help both prostitutes and local residents.

Street prostitution is legal in Zurich, as in the rest of Switzerland, but only in designated areas. As it opens the new sex center, the city is shutting down another busy and popular red light district along Sihlquai Street, where locals have complained about violence, litter and pimps for years.

On Saturday around midnight, the area just behind the train station was in full swing as dozens of women vied for drivers’ attention. Nearby, a dozen pimps observed them closely.

Switzerland is one of the world’s most liberal countries for prostitution. The sex trade has been legal since 1942 and prostitutes are free to work as long as they’re not coerced and remain independent contractors.

Sex workers who work on the streets are required to obtain permits from the police, hold health insurance and pay taxes of $5 per night.

Police officials and researchers estimate there are between 13,000 and 20,000 prostitutes in Switzerland who make an annual turnover of $3.8 billion.

Although a novelty in Switzerland, sex boxes aren’t new to Europe. Utrecht in the Netherlands first opened them in 1996, followed by Rotterdam, Amsterdam and other Dutch towns. Cologne, Bonn and Essen in Germany followed.

“The results vary depending on how much the authorities are investing in them, or whether they are managing [the booths],” Herzig said. “If the city doesn’t run them, the pimps will.”

The authorities in Zurich plan to closely monitor the sex boxes, which will remain open daily from 7 p.m. to 5 a.m. On site, officials have installed facilities with showers, a small kitchen and rest area for the prostitutes.

Decorated with colorful fluorescent lights, each wooden booth is equipped with an alarm button in case customers become violent. All bear posters advising the use of condoms to prevent HIV and other sexually transmitted diseases.

Two social workers will be on hand until midnight, when security guards trained to deal with prostitutes, pimps and other marginalized groups will take over. Once a week, a female doctor specialized in sex workers’ issues will be available for the prostitutes.

“For these women, it’s quite a luxury to work like this,” says Ursula Kocher, head of Flora Dora, a publicly founded group of social workers that work with prostitutes in Zurich.

Most of Zurich’s sex workers are 18 to 40 years old, come from Hungary and stay in town for a few months before moving to another country or returning home.

Some 250 women registered as sex workers in the first half of the year, adding to the few thousand estimated to already be here. Those working in brothels aren't required to obtain special permits.

However, the sex booths haven’t come without controversy. When the city council voted in favor of them in 2011, the conservative Swiss People’s Party challenged the decision by collecting enough signatures to hold a referendum on the topic.

The far-right party told voters the city would use taxpayer money to “co-finance a brothel.” The referendum passed with 52 percent of the vote.

However, Olivier Rousset, a 37-year-old banker who lives downtown, says he doesn’t mind that his tax contribution is going toward the sex booths.

“As prostitution is legal in Switzerland, and you can’t avoid it, it’s better to have it under control,” he said.

Whether Swiss men take to the booths remains to be seen. Some have written to the local authorities saying they’re afraid they will be under too much control.

However, Kocher says any such worries are unfounded because the sites will have no cameras or police present.

She’s not worried about the availability of customers. “It may take time, but if the women are here, the men will come.”