The best thing about superhero movies 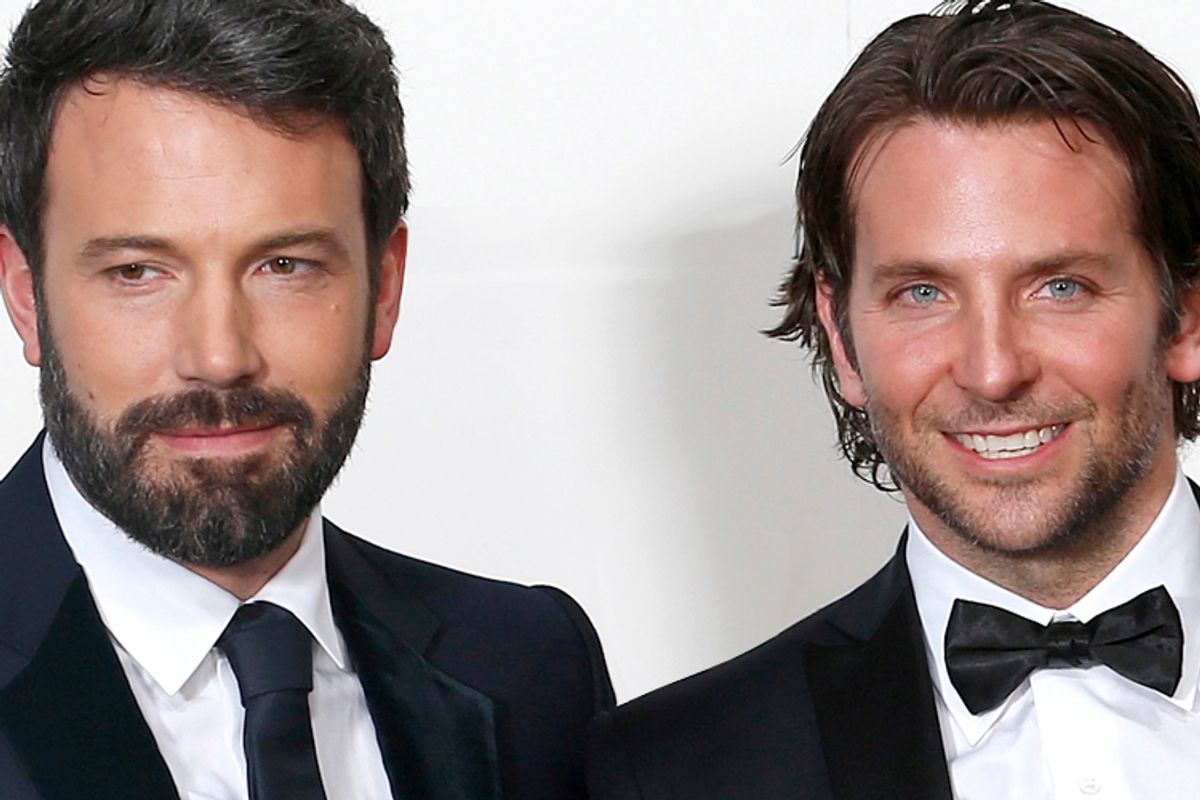 Following last week's announcement -- much-maligned across Twitter -- that Ben Affleck was to play Batman in an upcoming crossover film featuring the Dark Knight and Superman, some reports indicate that Bryan Cranston is set to play supervillain Lex Luthor.

Whether you're excited about the news or not, keep in mind that this is about as exciting as the film is going to get, long before anyone's seen a frame.

The second and most recent Batman franchise wrapped up, with Christopher Nolan's "Dark Knight Rises," just last summer. The fact that the new Superman film matched its dark, grim tone -- the current vogue for superhero flicks -- means that the new incarnation of Batman isn't likely to be much different than the last one. Odds are that Affleck's Batman will not only hit the same story beats (wealthy orphan discovers crime fighting but isn't able to find a cure for his deep loneliness) but assume the same dark, gloomy mien, no matter who's directing.

Superhero movies are so formulaic that the hired hands pumped up and stuck in suits are just about the only thing worth remarking upon. The origin story in the first 30 minutes; the introduction of a villain easily dispensed with in the first half of the movie and his dismissal in the second half (the really good villain is saved for the sequel); the girl who's quite literally dangled over a precipice and does little more but prove the hero is heterosexual by giving him a big smooch in the penultimate scene, just before a voice-over indicating that work is still left to be done, but the hero will fight another day.

Done well, it can be sublimely entertaining, but down to the blue-and-grey palette, it's always so same-y. Little wonder people got so exercised over Affleck's casting, or Cranston's -- these were the only cogs that could conceivably be changed in or out. The Marvel franchise, so phenomenally successful, has effectively standardized a genre that once had room for things as excellent as "Spider-Man 2" or as weird as the "Superman" with Richard Pryor. The male leads (other than Robert Downey Jr., who was, though it's hard to remember, down on his luck when he got "Iron Man") are inexpensive hunks of gristle; the directors are very competent hired guns that can serve a governing aesthetic borrowed from Nolan's Batman films. (The upcoming "Thor" sequel, with the charismatic former Australian soap star Chris Hemsworth and a director from "Game of Thrones," is exemplary here.)

Because casting searches so often end with the sort of choice that merits little more than an "Oh ... huh!" -- Hemsworth, Chris Evans, Henry Cavill as Superman -- the rare familiar name excites the blood. Affleck's recent casting as the male lead in "Gone Girl," a film unlikely to gross as much as a Batman film but as anticipated in some circles, didn't get nearly as much flak; the actor himself, who recently performed in "Argo" to little vitriol, was widely liked as recently as this year's Oscar ceremony!

The superhero film universe is effectively frozen not merely in dominant style but also in terms of the franchises. Marvel has the Avengers as well as Spider-Man (a role to which Andrew Garfield is bound) and X-Men (home to Hugh Jackman and Jennifer Lawrence as well as a host of interchangeable moppets). DC Comics has Batman and Superman. The only franchise in the offing that hasn't already begun is "Guardians of the Galaxy," an upcoming film starring Chris Pratt, a TV comic not well-known for film work, and directed by James Gunn. The biggest name swirling around it is Bradley Cooper as the voice of a talking raccoon.

Since, as the continuation of the "Avengers" universe, the mood of the film is one we can already presume, and since there's little to say about Pratt's particular qualities but "Good for him," this was the biggest splash the yet-completed film could have made. By the time the film comes out, it'll be old news, but for now, it's something, anything, to get the public excited about another iteration of the same thing.