Republican lawmaker says he serves God, not his constituents

"There's only one vote that matters and that's when I stand before the Lord," said state Sen. Jason Rapert 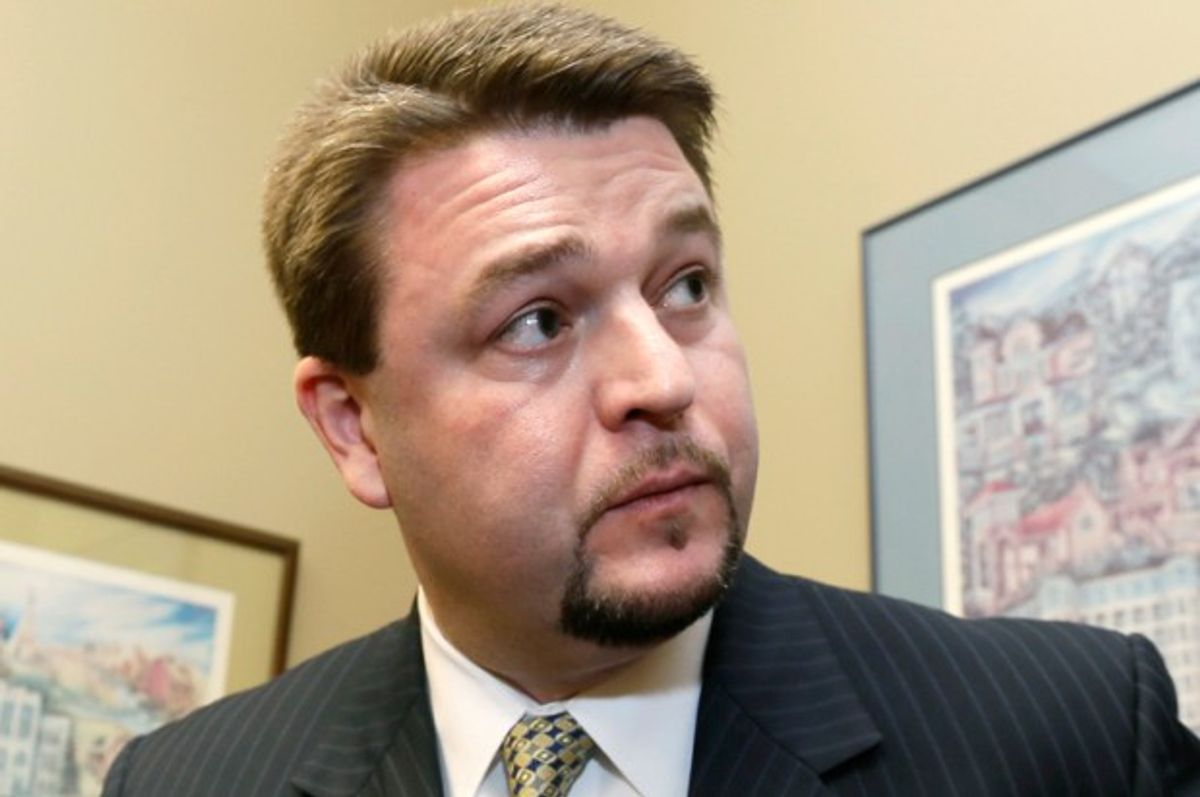 State Sen. Jason Rapert, the man behind Arkansas' ban on abortion at twelve weeks, may have been elected to office to serve the 85,000 constituents in his district, but, he says, he only really serves God.

"It's more important to do what is right by God," Rapert told an audience at the Faith2Action banquet in Columbus, Ohio, "than it is to please those that would rather have me talk about pro-life but not really do much about pro-life."

"There's only one vote that matters and that's when I stand before the Lord at the judgment seat," he added, just in case it wasn't clear.

He went on to remark that the men and women who protested Texas' sweeping new abortion restrictions at the state Capitol are basically demons from hell. "I've never had a glimpse of Hell or heard a real demon," he said, "but I believe that must be what they sound like. It's spiritual warfare."