The newly discovered Hemiscyllium halmahera waddles along the ocean floor 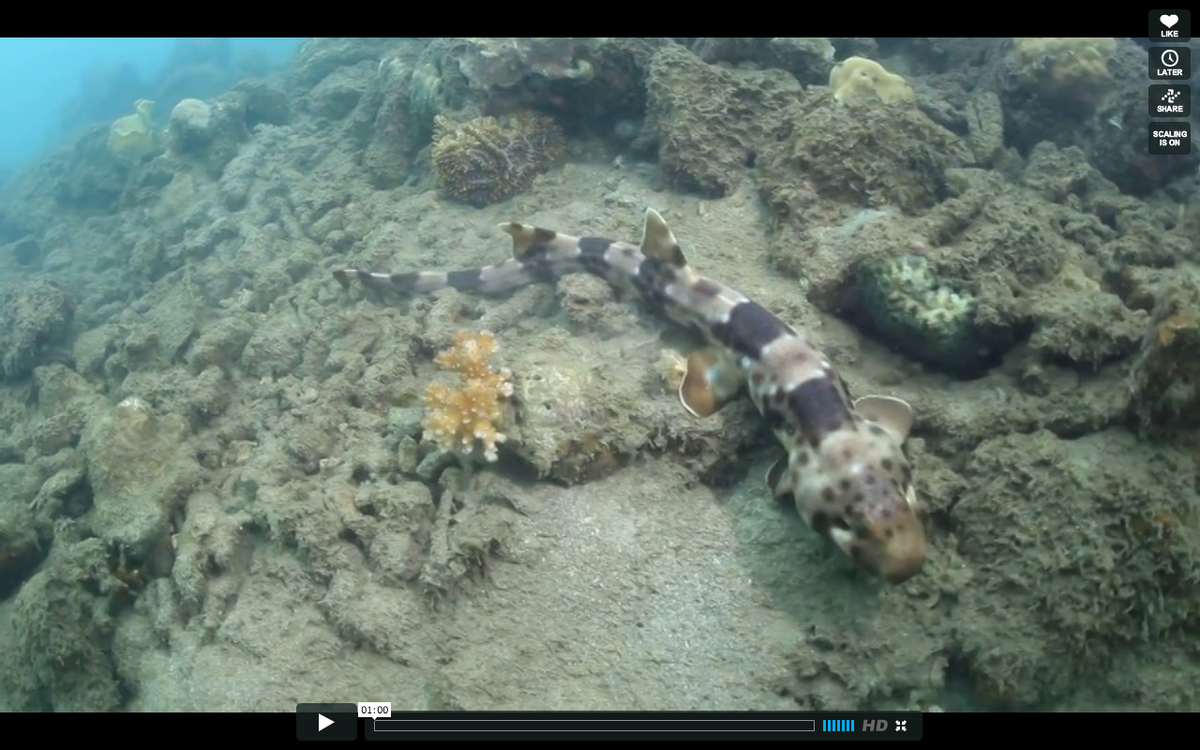 First it was the Sharknado, now it is sharks that can walk - under the sea that is.

A new species of shark has been discovered in Indonesia that can "walk" on the ocean floor.

Well, the Hemiscyllium halmahera doesn't exactly walk but rather waddles along, wiggling its fins.

Hemiscyllium halmahera, also known as bamboo sharks, grow to about 28 inches in length - relatively small for their species.

Given how small it is, it's not dangerous to people.

Here's a description by biologist Dr Gerald Allen, from Conservation International, who discovered the shark with his team:

“The new species is clearly differentiated on the basis of colour pattern.

“Its features include a general brown colouration with numerous clusters of mainly 2-3 dark polygonal spots, widely scattered white spots in the matrix between dark clusters.”

Some suggest that it could provide clues as to how creatures evolved from the seas to walking on land.

The findings were published in the aqua: International Journal of Ichthyology.