The actress, who has been criticized for her frequent nudity on "Girls," knew she was beautiful at age 10 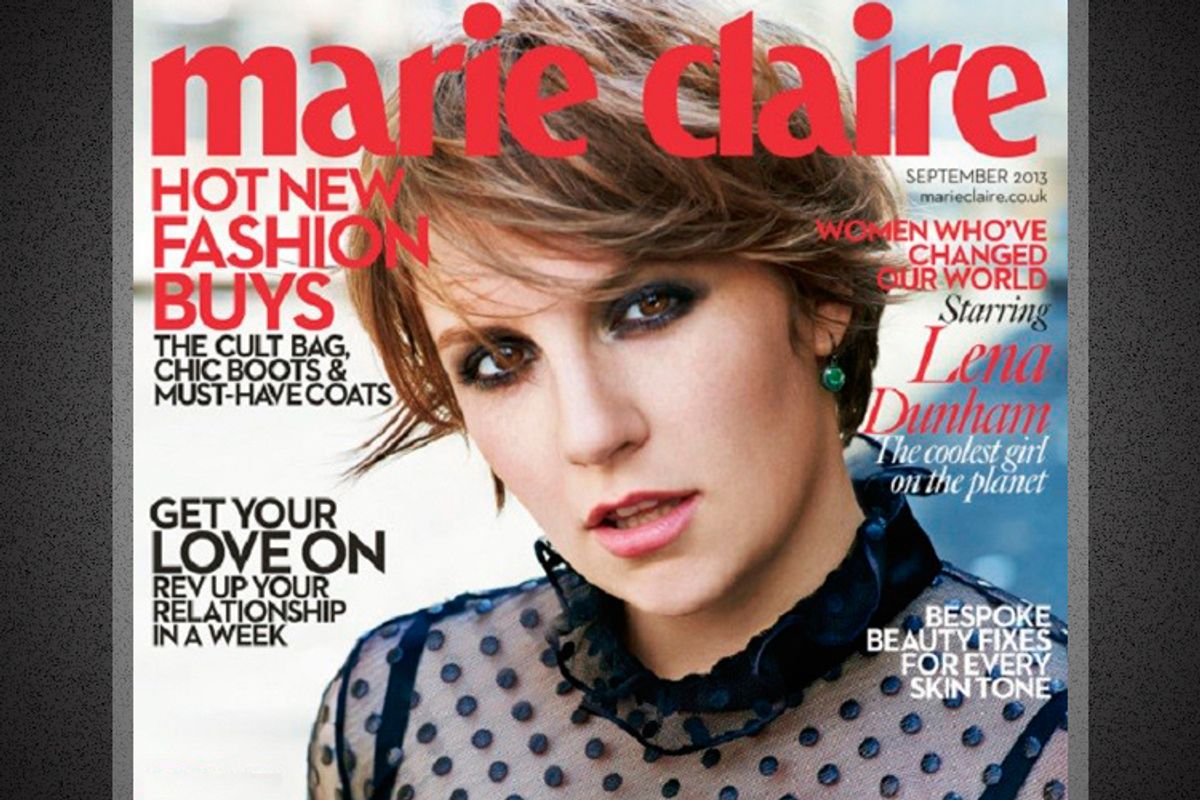 Like it or not, "Girls" star Lena Dunham has become a symbol for a generation of young women. In the upcoming issue of Marie Claire UK, the actress, who has stirred up controversy for her frequent nudity on the show, inspires readers by explaining that confidence in her non-model body was built up during a period of time when most of them probably felt awkward about self-image: the pre-teen years. From Marie Claire:

'My parents both have really healthy attitudes about their own bodies but also about the range of things that can be beautiful,' she tells Marie Claire in our 25th anniversary issue. 'But they also just always made me feel pretty and cool and smart, even in the moments when I have known – and still know – that my body wasn’t fitting into a traditional Hollywood idea of the female body.

'This could very easily be taken out of context, and I think it’s funny now, but I remember looking in the mirror as a kid and it would be like for an hour at a time, and I’d be like: "I’m just so beautiful. Everybody is so lucky that they get to look at me." And of course that changes as you get older, but I may have held on to that little-kid feeling that was me alone in my bathroom.'

The show tackled the same subject, when, as Jezebel observed, an episode high on nudity got a lot of flack, especially when a conventionally attractive man named Joshua expressed physical interest in Dunham's character, Hannah:

Hannah: You really think so?

Hannah: I do. It's just not always the feedback that I've been given.

Gauging from the backlash to the episode, the nudity in "Girls" doesn't seem gratuitous-- clearly Dunham's message is one women need to hear. But Hannah, like Dunham, must have learned to filter out the feedback that matters at an earlier age than most of us.

For the full spread of photos, visit Marie Claire.