Higher education is a lifetime sentence of debt

If a college degree is the new high school diploma, then we need to overhaul our school financing model accordingly 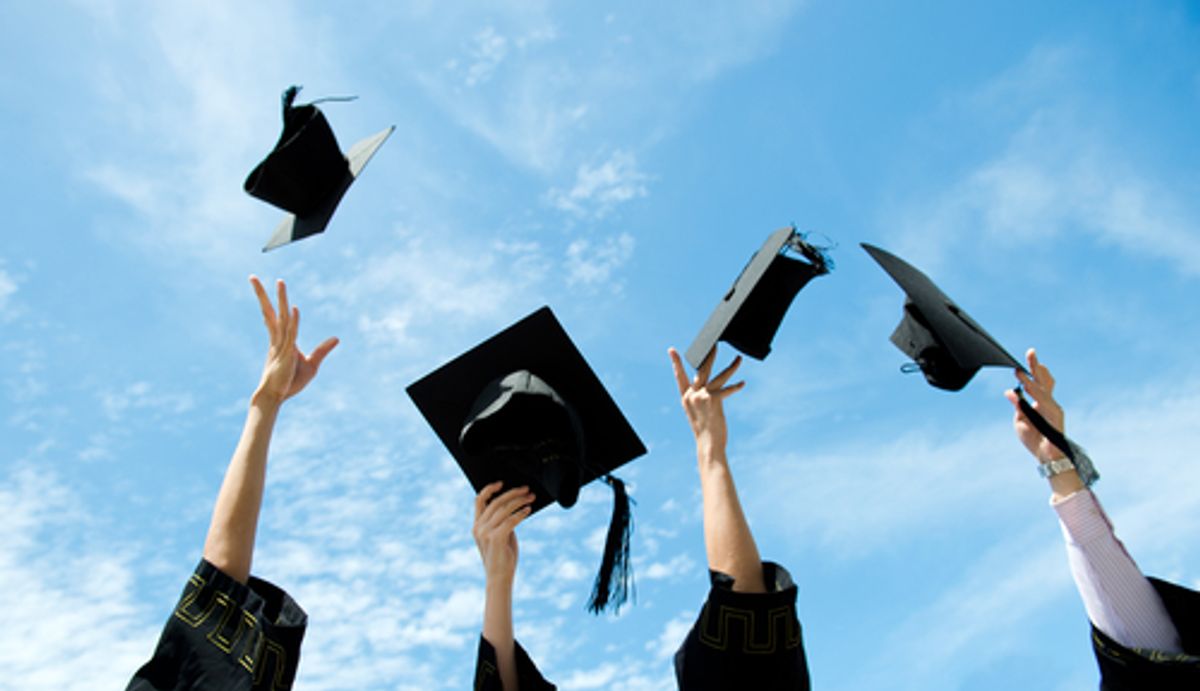 Whether or not President Obama's recent education-themed speeches are in direct response to Matt Taibbi's must-read Rolling Stone article on the college loan crisis, it is great news that the White House is now taking the crisis more seriously. The credit bubble in college loans has ballooned into a systemic threat to the nation's economy. Additionally, as Taibbi documents, economic and political trends are now forcing an entire generation into a truly no-win situation: Either don't get a post-secondary education and harm your job prospects, or get a post-secondary education and condemn yourself to a lifetime of debt.

The economic trend fueling this perfect storm is about job credentials. Peruse employment data and you'll see that the New York Times was right when it declared that "the college degree is becoming the new high school diploma: the new minimum requirement, albeit an expensive one, for getting even the lowest-level job." Though the Times notes that the weak economy means the job outlook for college grads "is rather bleak," it is even more bleak if you don't have a post-secondary degree.

So, yes, some form of higher education is now increasingly as necessary as a high school diploma. Yet, in our financing models, America still isn't treating it as such. Just consider the critical difference between how high school and college education programs are funded.

The former is funded by broad-based taxes and few would ever suggest changing it to an individual tuition system. Why? Because we've come to view access to high school as a right. This view is based not just on notions of morality but also on an economic calculation. Basically, we know we need a workforce with as many high school graduates as possible, and we've decided that forcing young people to go into crushing debt to get a high school degree would deter many from getting the degree.

Yet, even though we know that higher education is also increasingly an economic necessity, we do not have the same funding model or outlook for college. Instead, we still predicate access to higher education on a student's wealth and/or their willingness to go into crushing debt.

This brings us to the political trend that is contributing to this perfect storm. Even though policymakers obviously know higher education is increasingly an economic necessity, financially speaking, they are still treating it as a luxury by predicating it on the user fee/tuition model.

No doubt, shifting our policies to treat post-secondary education as equally necessary as high school -- and therefore worthy of similar fiscal treatment -- requires a paradigm shift in thinking.

It requires us to see higher education as not just four-year university programs, but also two-year community college programs and vocational and technical education. It also requires us to address the problems raised by Taibbi in his look at why college is so expensive.

But perhaps most important of all, it requires us to reject the assumption that it is impossible for the wealthiest country in the world to provide public higher education that doesn't force students into debt. We -- thankfully -- don't apply that assumption to high school education, and we should stop applying it to higher education.

Of course, universal free post-secondary education will not, unto itself, solve America's economic problems. But that doesn't mean access to higher education has nothing to do with a nation's economic success. As the data prove, education is a factor.

America already knows and has built consensus around that truth when it comes to high school. Now it's time to do the same for post-secondary education.