Charles Heimbold Jr. is one of many corporate honchos who've lined their own pockets by behaving like crooks 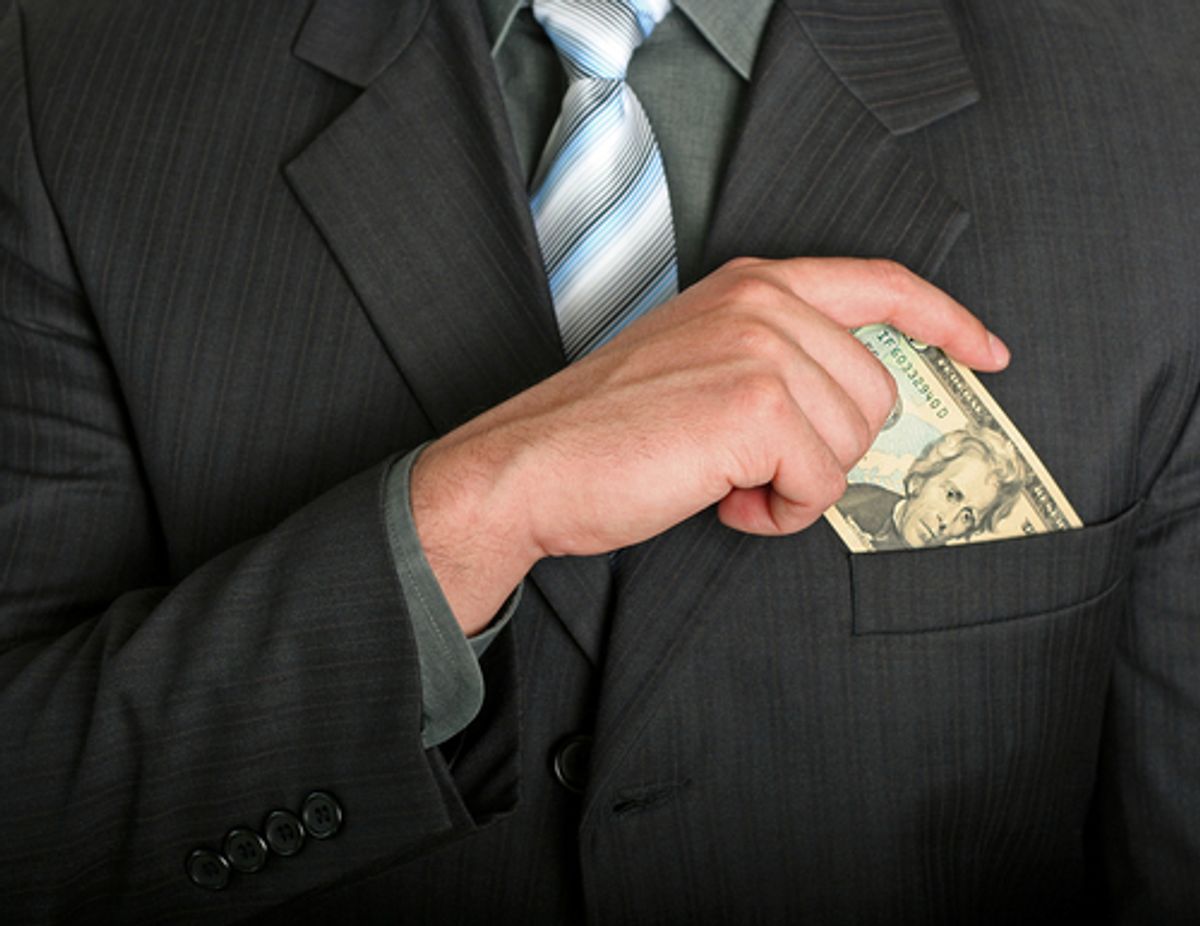 After exposing CEO scoundrels for 20 years, it’s hard to keep them all straight. The guy who cooked the books to buy a golden shower curtain blends together with the one who used ill-gotten Iraq war windfalls to pay for his wife’s racehorses and plastic surgery and the one who cashed in on subprime mortgages and sailed off on a yacht before the bubble burst.

But then you stumble into a story that makes you realize you can still get riled up. At first you tell yourself it’s not breaking news and nobody will care so just forget about it. But then you find yourself fuming about it to your husband over breakfast. And then you’re grousing about it over drinks with your friends. And then you decide you have to write about it.

For me, this is the Charles Heimbold Jr. story.

Now some may say this story stuck in my craw because Heimbold obtained a position I covet: U.S. ambassador to Sweden. Serving my country and my grandfather’s beautiful homeland while grazing on magnificent smorgasbords — that’s a gig I’d love.

But unfortunately the way to get those gigs seems to be to pay politicians more money than I’ll ever have. That’s what Heimbold did. As CEO of pharmaceutical giant Bristol-Myers Squibb, Heimbold contributed $367,200 to Republican candidates or campaign organizations in the 2000 election cycle. By September 2001, he was President George W. Bush’s man in Stockholm.

But that’s not what got me riled.

While Heimbold was enjoying the Land of the Midnight Sun, federal agents were combing through the books at Bristol-Myers Squibb. Something was fishy.

The Securities and Exchange Commission and the Justice Department eventually accused the company of various accounting tricks to boost earnings and stock prices. Bristol-Myers Squibb settled its SEC case with a payment of $150 million. The Justice Department agreed to defer prosecution (essentially putting the firm on probation) as part of a deal in which company executives forked over an additional $300 million and promised to be good boys in the future.

The Wall Street Journal reported in December 2002 that 27 current and former Bristol-Myers Squibb executives had said the accounting tricks were carried out under strong pressure to meet Heimbold’s high earnings targets.

Those tricks appear to have paid off well for the former CEO. A perennial pay leader, in 2001 alone Heimbold cashed in $70 million in stock options. What would those options have been worth had Bristol-Myers Squibb not been cooking the books? We’ll never know. We do know he was never forced to pay back a dime.

Heimbold’s story is actually not that uncommon. In a report I co-authored at the Institute for Policy Studies, we analyzed 18 extremely highly paid CEOs who led companies that had to shell out more than $100 million in fraud-related settlements. Eleven of the CEOs had left their firms before the fraud charges were fully resolved.

This finding is part of a larger IPS “performance review” of CEOs who made the annual top 25 highest-paid lists over the past 20 years. Theoretically, these CEOs should be the cream of the crop of American corporate leadership. But instead of stellar performance, we found that nearly 40 percent were bad performers -- even by the most narrow, incontrovertible definitions.

Twenty-two percent led firms that crashed or got bailed out in the 2008 crisis. Another 8 percent had to pay massive settlements for fraud. And yet another 8 percent wound up getting fired. Even the guys who got the boot didn’t suffer too much. The size of their average golden parachute: $48 million.

And so the Heimbold story is just one example of a corporate culture that rewards executives for behavior that winds up hurting workers, taxpayers and shareholders. Unless we change that culture, we’ll see many more CEOs take the money and run.