In Syria, real life is grimmer than fiction 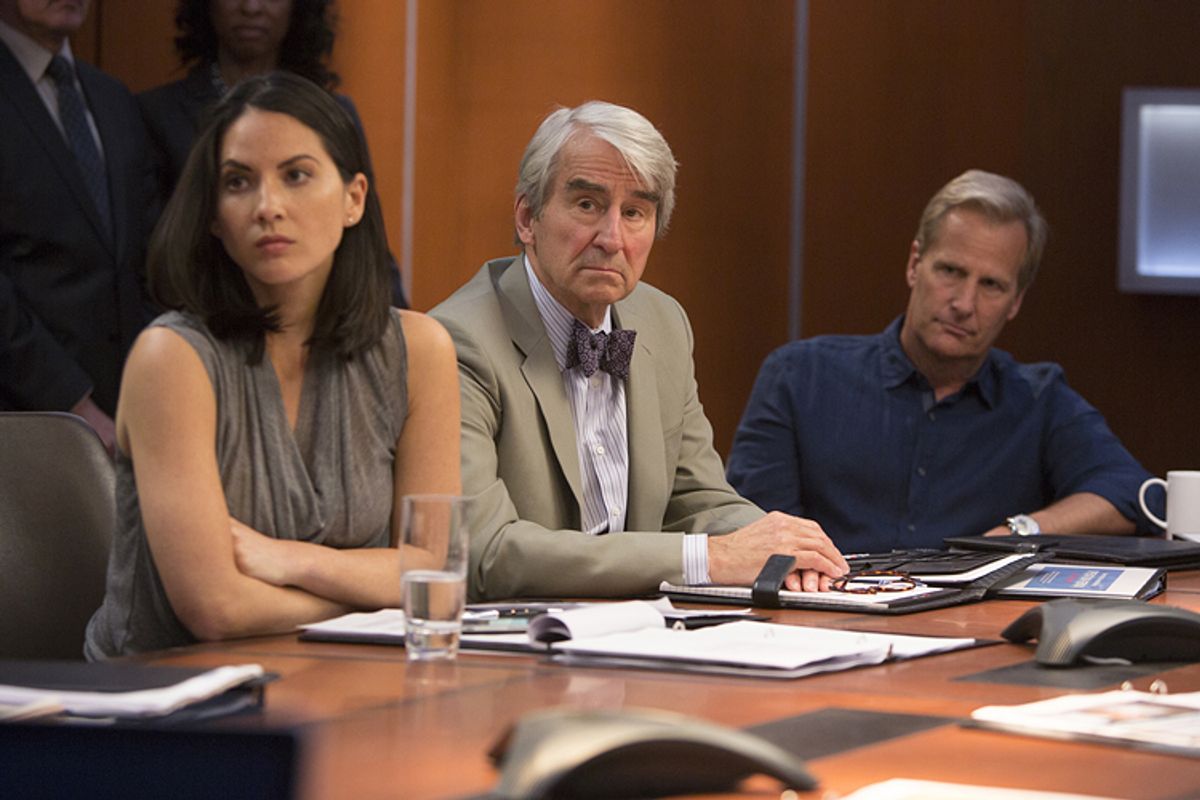 Aaron Sorkin is not soulless. Let’s say you’re only a casual watcher of “The Newsroom,” the hour-long drama he created for HBO that takes real-life news stories and puts them in the hands of a dedicated and heroic but very fictional broadcast news team. If you understood the show’s premise but had only tuned in to the most recent episode and heard characters glibly discussing the use of chemical weapons, you might be miffed. You might be outraged. You might think, Now, wait a minute, Mr. Sorkin! This thing in Syria with the chemical weapons only just happened and already you’re using an ongoing tragedy as fodder for your self-righteous little TV show?! Have a heart, man.

Of course, Season 2 of “The Newsroom” kicked off in July, and the chemical weapons plot point was part of the story from minute one. Not to mention the fact that this isn’t Leno; “The Newsroom” is a big, expensive, pretty TV program that takes time to put together and doesn’t have the luxury of reacting to breaking news. The episodes currently airing were in the can long before the incidents in Syria had escalated to such a disturbing level.

Aaron Sorkin is not psychic. It might seem an act of extreme prescience that a) he would use, as the connective tissue of his entire second season, a story about a government using banned chemical weapons and b) that the season would near its climax just as a real-life tragedy involving chemical weapons would crash into public awareness. But, as has been reported in quite a few places already, in creating the “Operation Genoa” story line, Sorkin was not inspired by today’s news but by a story already a decade and a half old.

When “The Newsroom” first debuted, the show took a lot of heat from critics for its rather smug initial conceit that we live in a time where the news is being handled poorly and we all suffer because of it. (That may certainly be accurate, but the notion that Sorkin and a roomful of TV writers could have somehow set that right is probably what rubbed folks the wrong way.) From the BP oil spill to the Tea Party, Sorkin’s band of cavalier on-air champions were going to show us how these stories should have been told. (Had Sorkin’s much better “SportsNight” operated via these mechanics, they could have called it “Monday Morning Quarterbacks.” Also, it would have sucked.)

Maybe Sorkin eventually decided to heed the cries of his detractors. Maybe adhering to the rigid details of well-known, real-life events proved to be a pain in the ass and he wanted more storytelling flexibility. For whatever reason, Sorkin decided to dial back "The Newsroom's" ripped-from-the-headlines approach for this second season. While our curmudgeonly hero Will McAvoy (Jeff Daniels) and his NewsNight team still tackle the true-true, the season’s major arc, involving an investigation into a government-sanctioned black op in which U.S. troops used sarin gas on their enemies, is largely manufactured.

It's funny that, in sidestepping very recent history for once, "The Newsroom" somehow managed to tiptoe right up to it. Fortunately for the staff at NewsNight, the act of dousing innocents and combatants alike in banned chemicals was committed -- allegedly -- in secret. So unlike this week's news, there were no bodies in makeshift shrouds to be displayed. And in the end, the whole thing turns out to be a mistake -- reporters bungled, sources lied, an ambitious producer risked his career to rig a tape, but no one was actually gassed. So the viewers in Sorkin's fictional world, sitting at home watching as the story is told and then retracted, do not have to wait in grim anticipation of their government's response to horrible crimes committed halfway around the world.