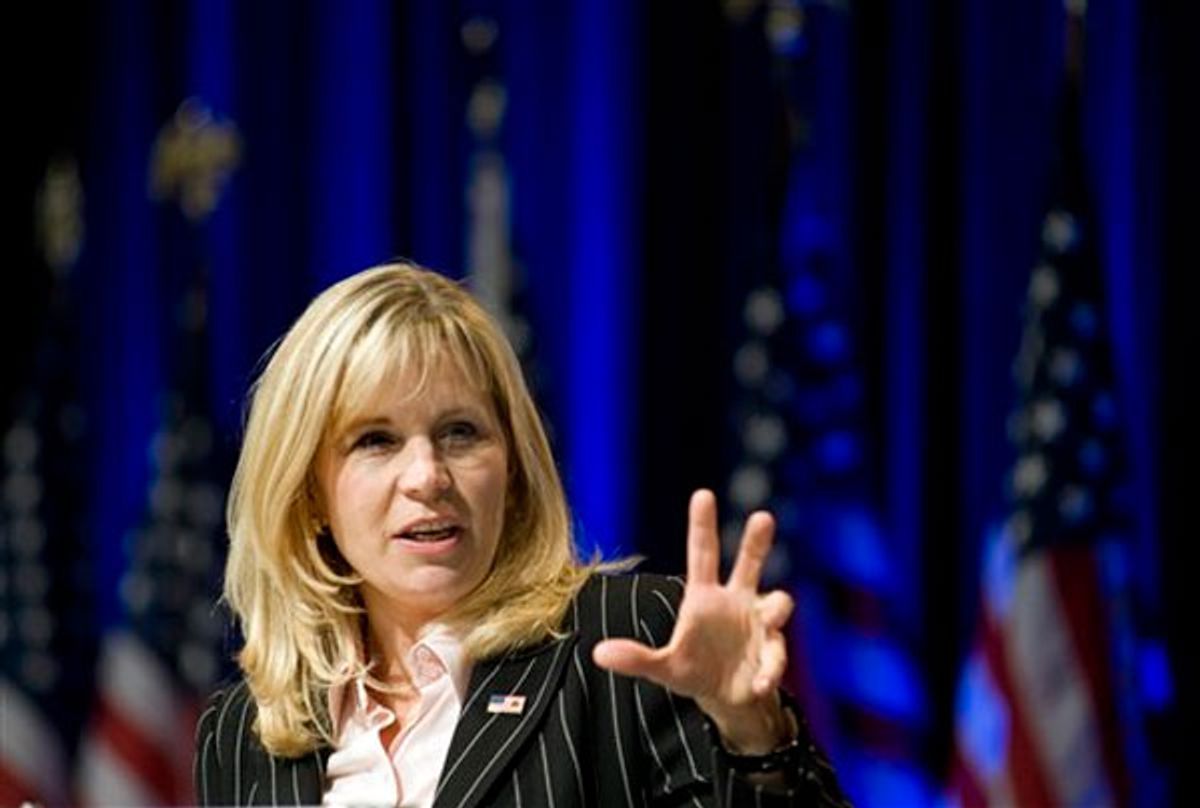 Someone in Wyoming is circulating a terrible rumor that Liz Cheney, who is currently running for Senate, supports things like women's reproductive rights and marriage equality.

She released a statement on Friday to set the record straight. "I am strongly pro-life and I am not pro-gay marriage," she said. “I believe the issue of marriage must be decided by the states, and by the people in the states, not by judges and not even by legislators, but by the people themselves."

In 2009, Cheney seemed a little more nuanced about her personal views on marriage equality, saying on MSNBC, "My family has been very clear about this, that we think freedom means freedom for everybody." She did maintain, however, that it's an issue she believes should be decided by the states.

Liz Cheney is the only member of her immediate family to oppose marriage equality.