"If leftist journalists or antis come and try to make trouble, they ... would have to be arrested," says Craig Cobb 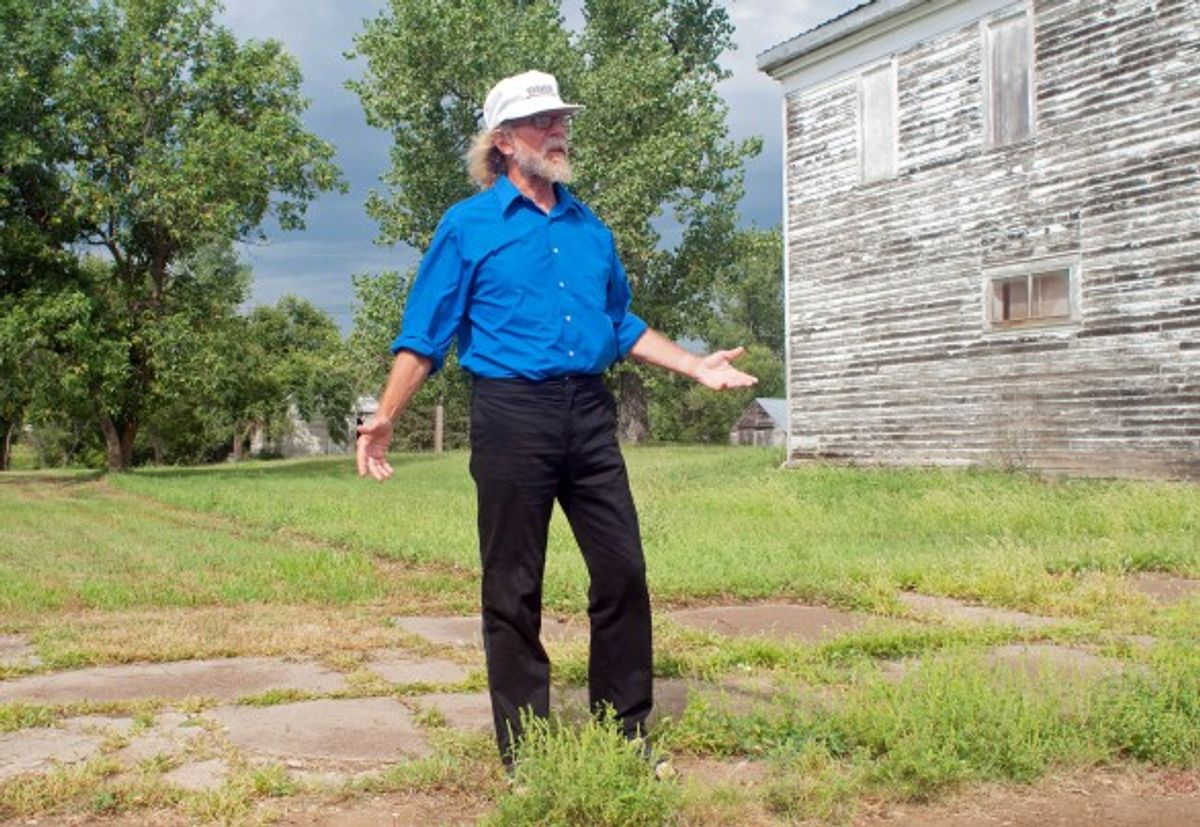 Craig Cobb, a self-described white supremacist who is wanted in Canada on hate crimes charges, has been slowly buying up land in the tiny town of Leith, N.D., with the sole intention of building a haven for white nationalists. Would-be residents could feel free to fly "racialist" flags on their homes and interact exclusively with other “responsible hardcore” white nationalists, Cobb writes of his vision.

His current neighbors are understandably dismayed at the plan.

“The more the word gets out, the better chance that we can move him out. People are welcome if they’re here to improve our community, but they’re here to bring hate,” Bobby Harper, the only black resident among the town's 24 inhabitants, told the Bismarck Tribune.

While purchasing vacant lots and abandoned properties, Cobb has been posting to white nationalist websites trying to entice others to move to Leith, writing, “A few well know [sic] WN [white nationalists] know of this plan; fewer still know the exact place. Suffice to say, you could also make it into the Bakken area to go for a job there too. I want people to move now and quietly get going here without letting the cat out of the bag.”

In a separate thread, Cobb writes:

Until political control were established, there would be the slight possibility that new local regs designed to limit our expansion might be tried. We could oppose those if that happenstance were implemented. The numericals are absol-utely miniscule. However, dedicated, hard-working folks are needed. Imagine strolling over to your neighbors to discuss world politics with nearly all like-minded volk [sic]. Imagine the international publicity and usefulness to our cause! For starters, we could declare a Mexican illegal invaders and Israeli Mossad/IDF spies no-go zone. If leftist journalists or antis come and try to make trouble, they just might break one of our local ordinances and would have to be arrested by our town constable. See?

Cobb has boasted online that he only needs a dozen or so like-minded individuals to move to Leith in order for him to gain a political majority, but Mayor Ryan Schock has a plan in place should that ever happen: The current six-member town council would dissolve the town government.

"[Cobb] would still own his property," Schock told the Associated Press. "But ... he can't control the city if there's no city government."