Dressed as Liberace, the comedian celebrated a long history with the "Late Show" host 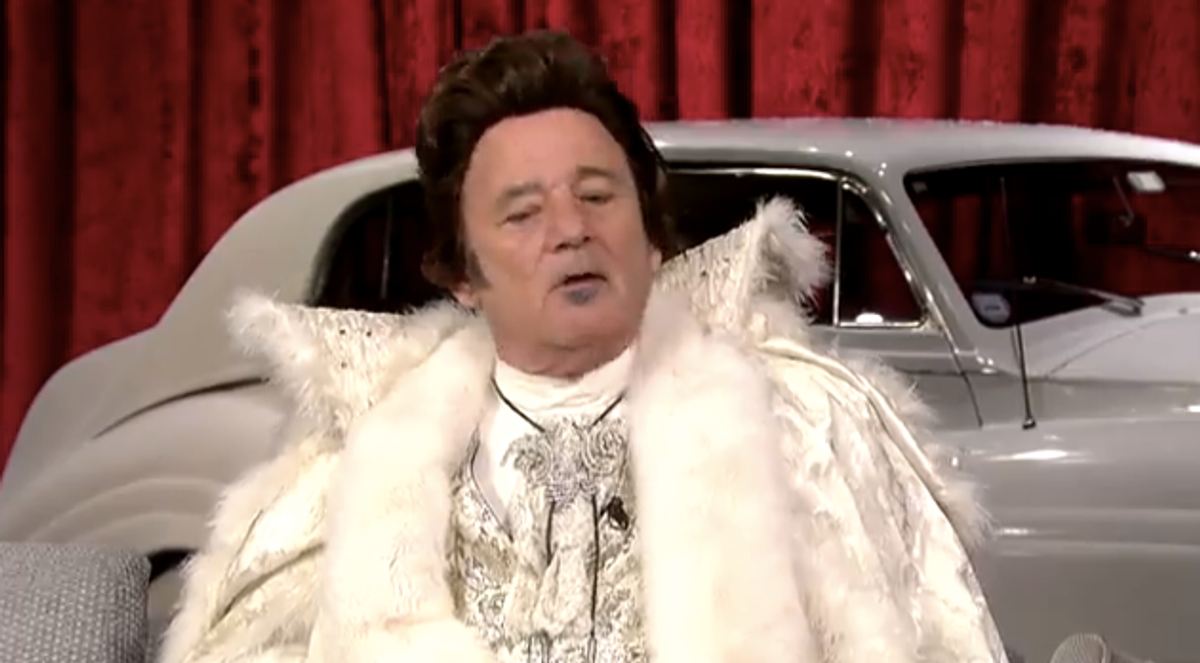 Thirty-one years ago, comedian Bill Murray was the first guest to ever appear on David Letterman's late night television program on NBC. Twenty years ago (to the day) Murray was again the first guest to appear on David Letterman's show after he moved to CBS. Last night, Murray and Letterman celebrated that special anniversary by appearing together once more, this time with Murray dressed as Liberace. Murray uncovered a time capsule from 1993:

And offered Letterman a tribute:

Watch the clip from 20 years ago, when Murray was on the show to promote "Groundhog Day":

And 11 years before that, when Murray ushered in Letterman's first late night show in 1982: