"Once you realize you’re not going to die or get covered in toxic sludge, it's pretty relaxing" 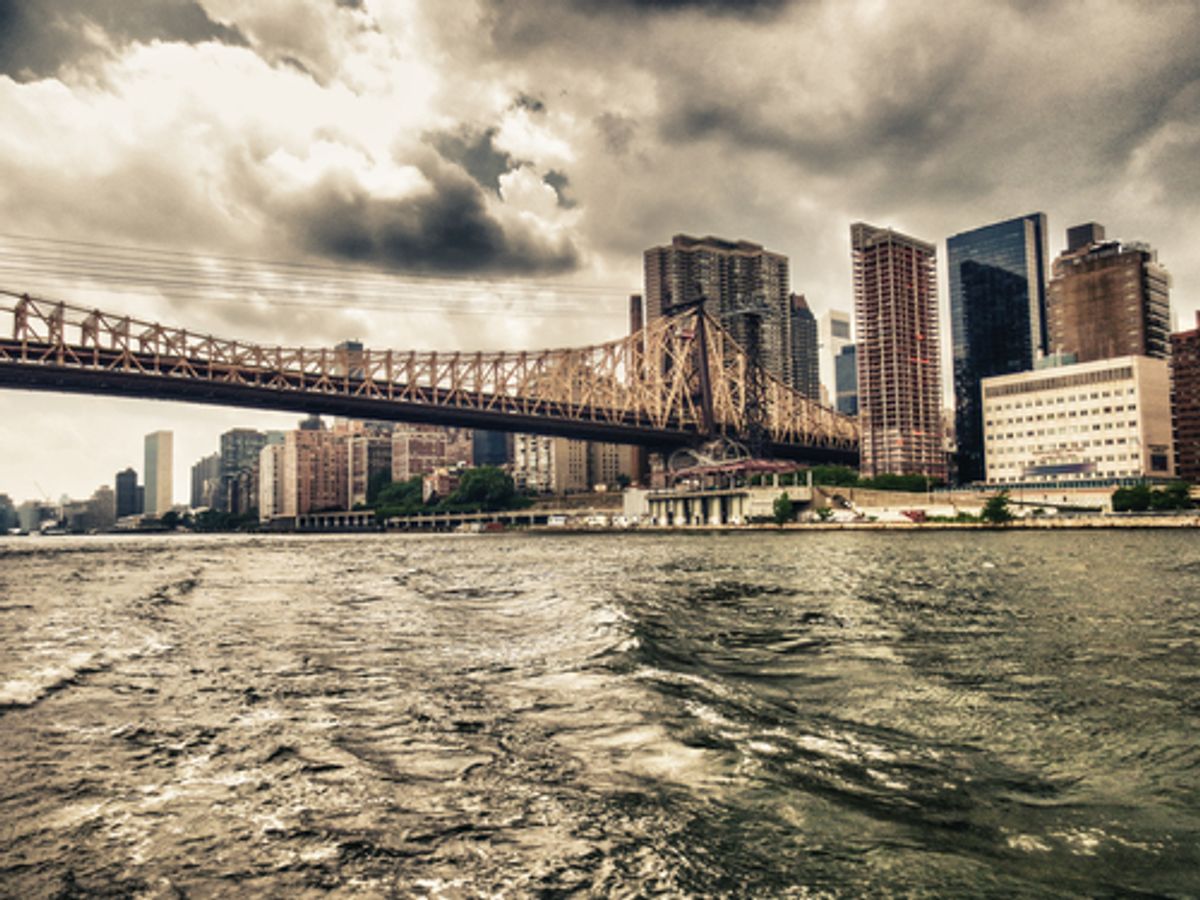 The New York Times recently profiled the North Brooklyn Boat Club, the trendiest paddle group to ever hit Newtown Creek. Amazingly, there wasn't a lot of competition for the dock space:

Its docks sit just downstream from a sewage treatment plant and a recycling center. Its clubhouse is flanked by salvage yards and warehouses, not far from an area so contaminated by decades of oil spills that the soil resembles black mayonnaise. And, flashing a winking self-awareness, its logo features a rowboat in a stream gushing out of a sewer spout while a tin can and a dead rat drift alongside.

It's safe to say there's a lot of self-awareness going on here. “There’s only so many times you can see a beautiful sunset or a nice little beach. It's more fun to poke around in a commercial waterway," one member told the Times. “Once you realize you’re not going to die or get covered in toxic sludge, it's pretty relaxing,” said another.

The combined efforts of environmental groups and government officials, apparently, have removed some of the risk of cholera, typhoid and hepatitis from New York's waters. But Newtown Creek still represents the worst of it:

Millions of gallons of petroleum — up to three times as much oil as the 11 million gallons spilled in the 1989 Alaskan disaster — has leaked underground in Greenpoint from refineries and storage sites over the decades. An unknown amount has seeped into the creek’s sediment and mixed with heavy metals, PCBs and other contaminants left behind by the factories that once lined the commercial port.

Even though new environmental standards have ended many of those dumping practices — and Exxon Mobil committed to a more thorough cleanup of its spills — all it takes is a heavy rain to overwhelm the wastewater collection and treatment system and send raw sewage and polluted storm water into the creek.

Having boaters call it their own could mean positive changes for the creek's future. Included in the group's expansion plans, the Times reports, are an environmental education center and a library dedicated to the area's history.

For now, they have an outdoor shower set up, just in case someone falls in.