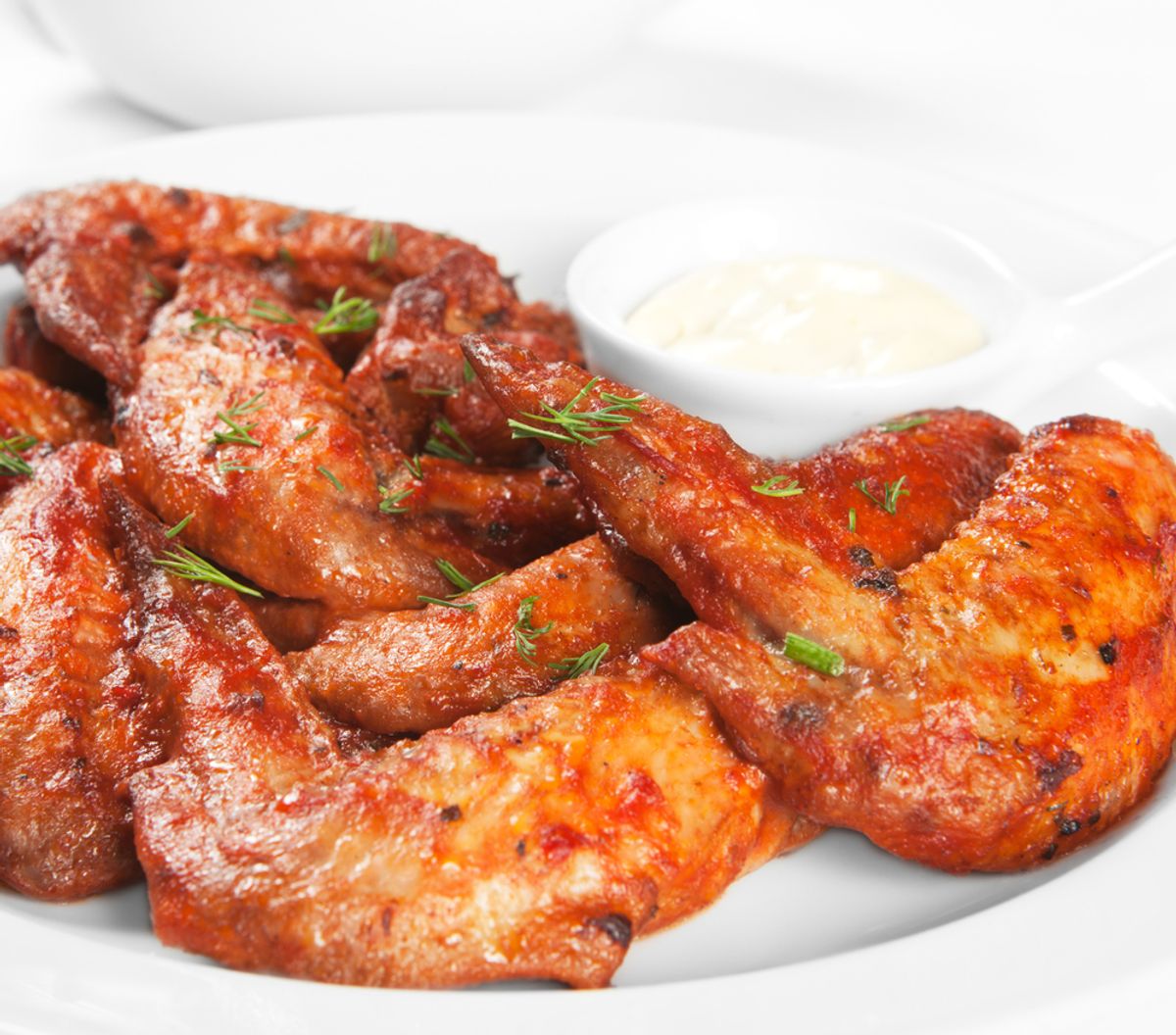 PETA is no longer just concerned for the ethical treatment and well-being of animals; they're now also worried about your unborn son's man parts. With the intention of saving two birds with one stone, the animal rights advocacy group recently wrote an open letter to organizers of the National Buffalo Wing Festival urging them to "keep pregnant women out for the sake of their sons' sex organs."

The latest scientific evidence shows that the sons of pregnant women who consume chicken are more likely to have smaller penises because of a chemical found in the birds' flesh. And it's not just boys who are at risk from chicken. Babies, including girls, of mothers who have high cholesterol counts—and chicken is loaded with cholesterol—can be born with blocked arteries.

"Pregnant women may want to think twice before chomping on those chicken wings, or their sons could come up short," says PETA Associate Director of Campaigns Lindsay Rajt. "Chickens may be little animals, but they suffer in a big way before their wings are hacked off for a stupid contest."

But are the claims to be believed? According to Women's Health Magazine, the chemical that PETA refers to is phthalate, which is shown to hinder boys' reproductive development in a number of ways, if mothers are exposed to high levels during pregnancy. However, phthalates are found in many different sources -- in personal care products as well as many other foods, and poultry doesn't particularly contain the highest levels of the chemical.

“I think any link between eating buffalo wings—even by pregnant women—and the size of their son’s genitals is very tenuous,” concluded Shanna H. Swan, Ph.D., a professor in the department of preventive medicine at the Icahn School of Medicine at Mount Sinai, who conducted the research PETA cites.