Sad, empty threats from a cabal of deluded conservatives 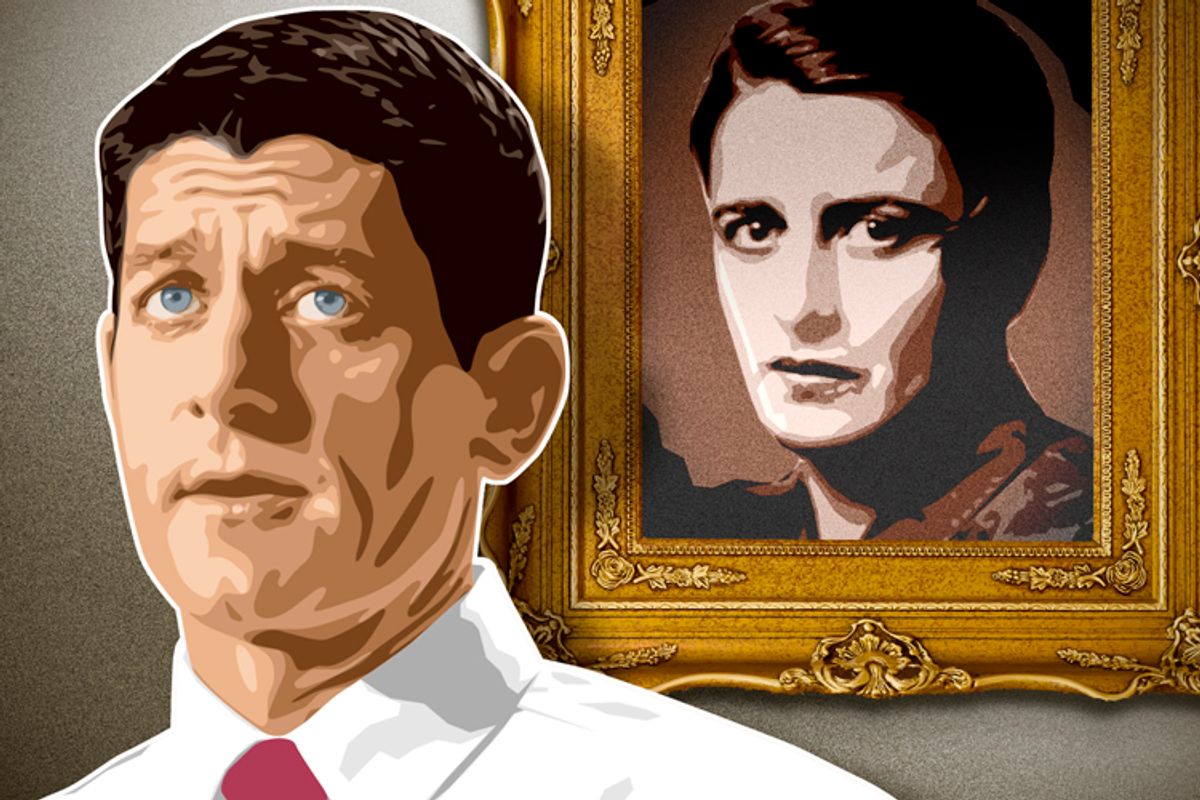 There was never much hope that President Obama and the group of compromise-oriented GOP senators he's been negotiating with would ever agree on a Big Budget Deal™.

But now that their discussions are officially in abeyance, we have a slightly clearer view of how the fights over sequestration and increasing the debt limit will play out. If a "grand bargain" is now entirely outside the realm of possibility, then Congress will have to increase the debt ceiling cleanly, or with only ceremonial provisions attached to it.

In a great piece for the Washington Post, former Treasury Department chief of staff Mark Patterson provides a useful reminder that there are many ways to skin a cat. The key thing to remember is that though there are two parties to the debt limit fight, their demands aren't equally firm.

The administration's position is unshakable. The GOP's is so ridden with loopholes, it's a wonder more Republicans aren't copping to the fact that the "whale of a fight" John Boehner predicted will be more like a staged professional wrestling match. As Patterson notes, Republicans don't technically have to "increase" the debt limit. They can "suspend" it, and then vote against a meaningless resolution to allow it to increase automatically once the suspension period lapses. Likewise, they can attach substance-free measures to a debt limit bill, like they did in January, and characterize them as "cuts and reforms" that put the country "on a path" to balancing the budget.

This is where we are, and where we have been since November 2012. Nevertheless, New York magazine's Jonathan Chait calls the development frightening, because it underscores the fact that Republicans couldn't actually negotiate even if they wanted to, and have an insanely blinkered view of the state of play in Congress and between the parties.

Chait draws our attention to a cabal of conservative congressmen who call themselves "The Jedi Council" and are plotting both the party's debt limit strategy and -- possibly -- the recriminations for GOP leaders if they fail to successfully extort the Obama administration. He also warns of "the apocalyptic damage the party is preparing to unleash in the here and now."

I know I must sound like a broken record, but the damage they're preparing to unleash is all in their minds. At least for now. The Jedi Council evokes a crew of shipwrecked sailors, marooned on a deserted island, who are planning to unleash hell in the final battle, but don't realize the war ended years ago.

It's actually a little bit sad. It's also irresponsible of Boehner and the leadership team not to break the news to these guys, and the scores of Republicans they speak for. But just because the Senate negotiations broke down, doesn't mean the path to a resolution is suddenly obstructed. Just because the Senate GOP's "reasonable" caucus can't cut a big deal, doesn't mean they're going to revert, and partake in the House's extortion fantasies. They can still vote for a "clean" -- if somewhat tarted up -- debt limit bill, and that will pass in the House on the strength of Democratic votes.