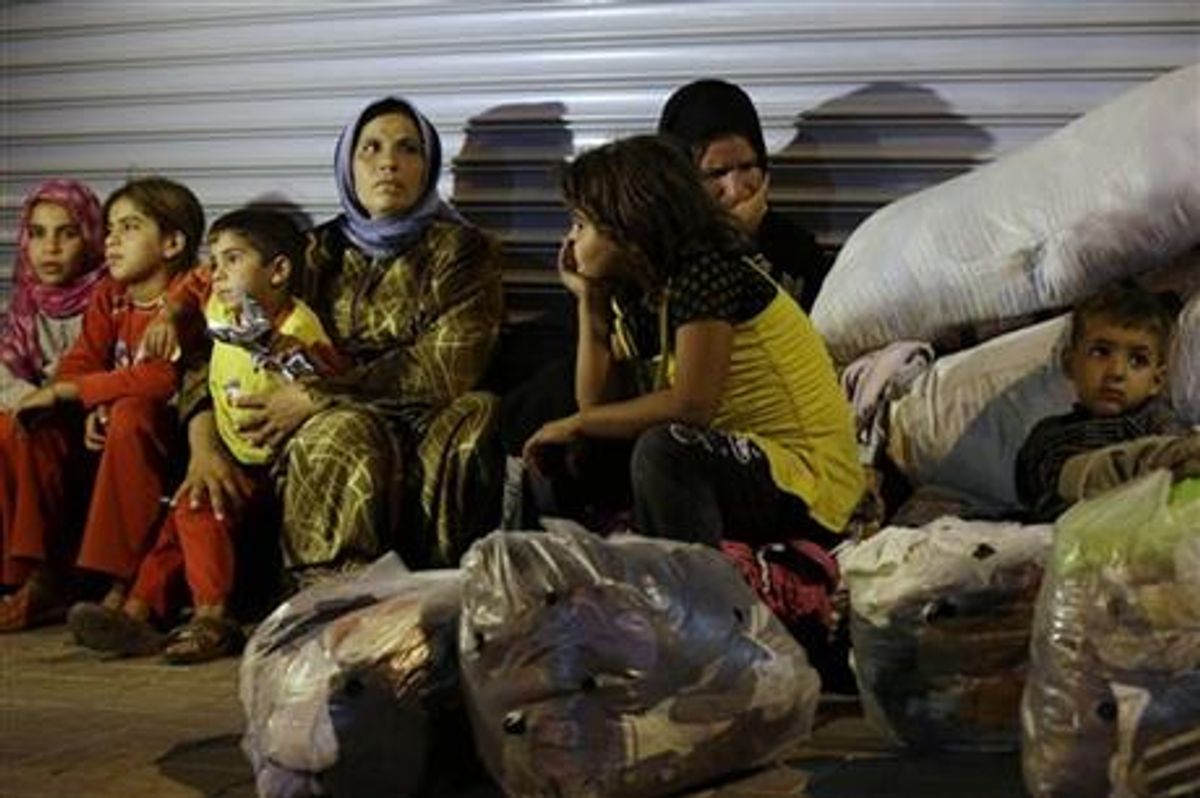 Syrian refugees stand sit in front of a closed shop in Reyhanli, Turkey, Saturday, Aug. 31, 2013. U.S. President Barack Obama said he has decided that the United States should take military action against Syria in response to a deadly chemical weapons attack, but he said he will seek congressional authorization for the use of force. (AP Photo/Gregorio Borgia)
--

President Obama announced on Saturday that he will seek Congressional approval before launching a military strike against Syria, saying the United States will be "better off" if Congress votes on the matter (even if that vote will be completely non-binding, which Obama has also suggested).

Reactions in Syria to the president's ambiguous announcement have been a mix of shock, relief, fear and uncertainty, as the New York Times reports:

Mohammed, 24, who opposes the government, watched the speech with friends who support it — not an uncommon situation in Damascus, where, especially among the wealthy and educated, people on both sides still interact, and argue, freely.

“They all suddenly turned into political analysts,” he said. “Some of them said he looked very scared in his speech, and some said he decided to backtrack because the decision was hasty, and others thought it’s just a game he’s playing and he’s going to strike tonight.”

“I think there is a lot of fear among people,” added Mohammed, who gave only his first name for safety reasons. “They are trying to hide it, but they are afraid.”

Umm Hana, 58, watched Mr. Obama’s speech with her husband and children in the central city of Homs, where government opponents have faced some of the country’s fiercest army shelling. She said she regretted wasting time on him.

“It is just so clear — they are playing us like puppets, but they all want him to stay,” she said, referring to President Bashar al-Assad of Syria. “Obama is full of talk. He’s so weak and useless.”

For another Homs resident, Abu Bassam, 31, the only possible response was black humor.

“Man, I wish Bush was the president,” he said. “He would have reacted right away. He may have invaded Cyprus or Jordan instead of Syria by mistake, but you know he would have done something at least.”