The focus was on Syria this weekend, with members of Congress debating the upcoming vote on military action 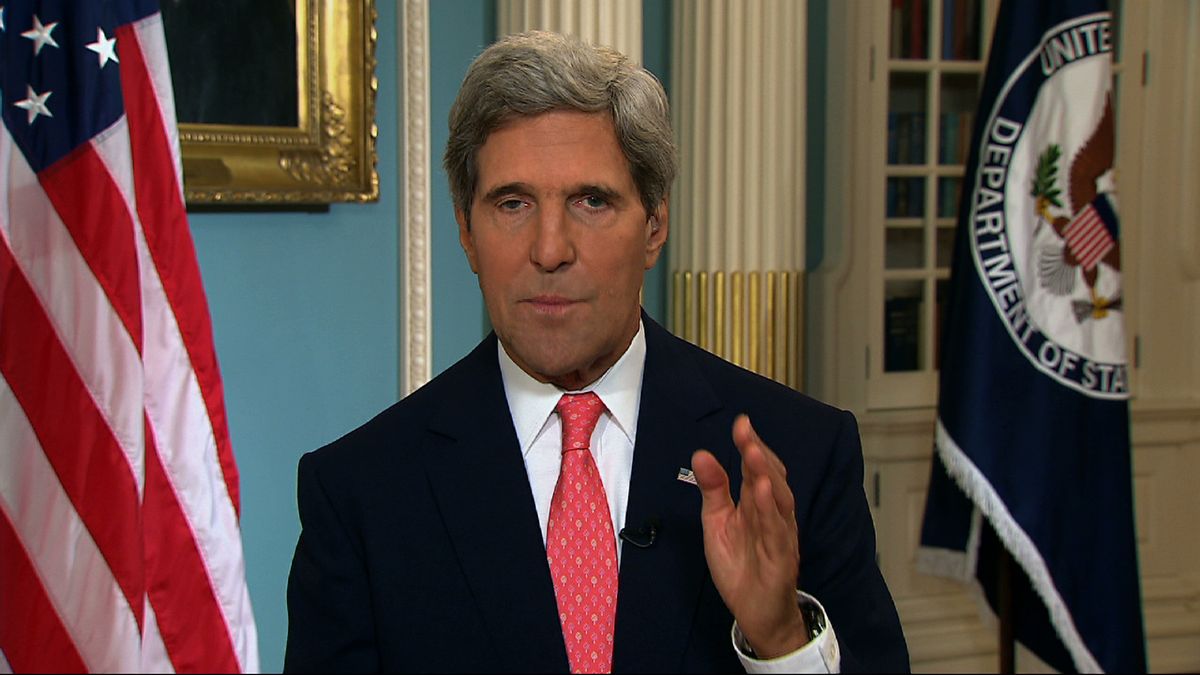 In this image from video U.S. Secretary of State John Kerry speaks from the State Department in Washington Sunday, Sept. 1, 2013, making a case for U.S. intervention in Syria. Kerry appeared at State in a series of interviews on Sunday news shows to say that the case for intervention in Syria's 2 1/2-year civil war was strengthening each day and that he expected American lawmakers to recognize the need for action when the "credibility of the United States is on the line." He said President Barack Obama has the authority to launch retaliatory strikes with or without Congress' approval, but Kerry stopped short of saying the president would do so if the House or Senate withholds support. (AP Photo/APTN) (Associated Press)
--

Secretary of State John Kerry goes Full Ginsburg to promote the Obama administration's case for a military strike against Syria, while Congressional lawmakers hold a Goldilocks-style debate about whether the proposed military campaign would be a step too far, not far enough or just right.

John Kerry on "Meet the Press": Samples from Syria tested positive for sarin

John McCain on "Face the Nation": Congressional vote on military strike on Syria is "problematic"

House Intelligence Committee Chairman Mike Rogers on "State of the Union": The evidence is convicingin, Congress will vote to authorize military action

Rand Paul on "Meet the Press": American intervention in Syria would be a "mistake"

Tim Kaine on "Face the Nation": Congress will rally behind the "principle" of Obama's military strike