Where are the gay characters in video games?

For lesbian gamers, it's a struggle to find anybody in games who represents them 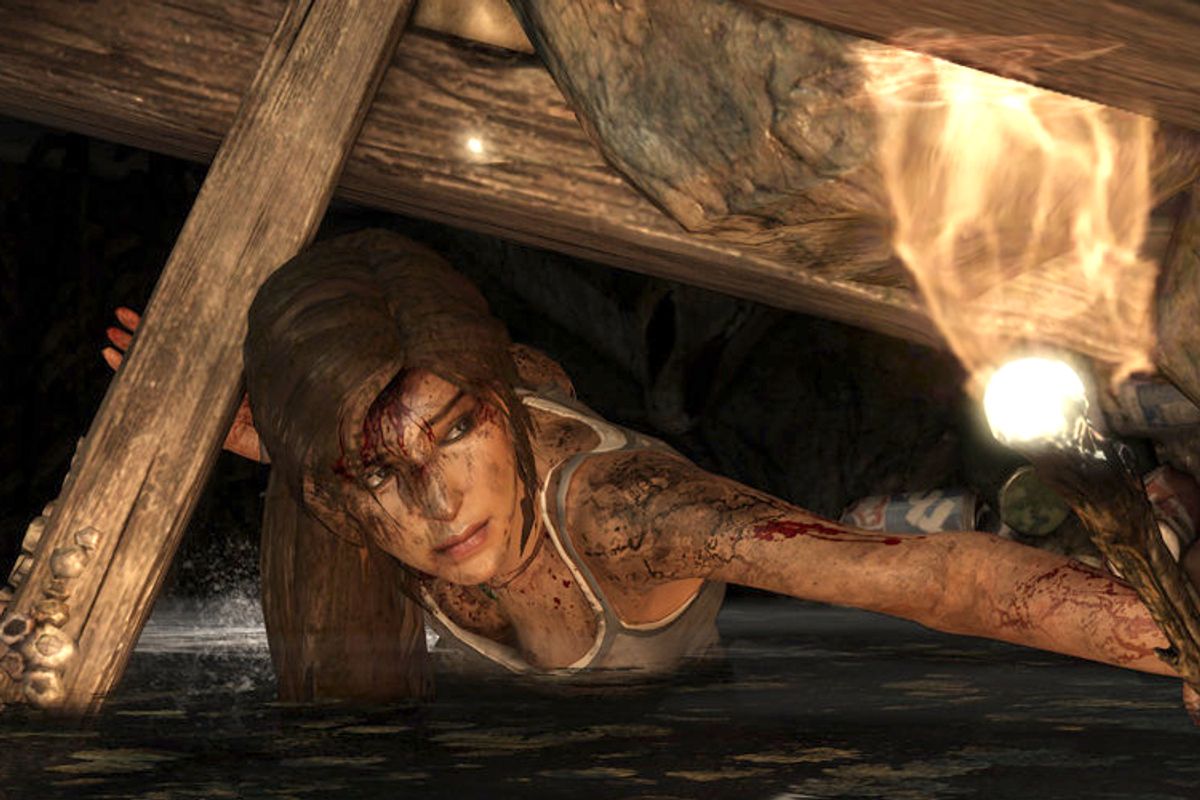 The gaming community is famously (or infamously) dominated by straight men. Most of the heroes in video games are very masculine; many of the female characters are overly sexualized. If you're a female gamer, it’s easy to feel ostracized. And it's even worse if you're a lesbian.

GaymerX, the world’s first "LGBT Geek Culture" gaming convention, took place in July in San Francisco. I was there because it was founded by my brother. I know how hard it was for him to find a place where he felt he belonged, both in the gaming world and the gay community. I wanted to support him. But sibling solidarity aside, I also wanted to talk to lesbian gamers about their experience in a community that's not always friendly to them.

Jen LeGay, 29, is a lesbian gamer who came all the way from New Hampshire to attend GaymerX. She also worked security for the event.  She told me about some of the treatment she endures when she reveals her sexual orientation to other players in games like "Call of Duty." When her online teammates realize she is female, they initially hit on her. "I really have to bring up the point that I’m not interested in them at all and that I have a lovely girlfriend.” The next response to that is often, “Can I join? I really have to put [these players] in their place.”

What LeGay would love to see in games in the future is “a regular person that’s not so overly sexualized. I’m getting tired of seeing tits and ass. As much as I’d love to see another bikini-clad woman, I can see that in real life.” She'd like to see someone who “doesn’t have to play a weak character just because the male is in the picture. Just give the females a chance. Let us take that next step.”

“Most women in games, their role is to be a support character. Rarely do you see a strong independent female character,” my brother Matt Conn told me. “They are there to be saved or used as a plot device, not [to be] an actual character.” Peach and Zelda are prime examples of that. He cited Chelle from Portal and Shamus from Metroid as actually decent female characters. “But,” he said, “I’m naming like five to 10 games out of thousands. With queer characters [the numbers] are even worse.”

Jessica Vazquez, a 26-year-old video-game journalist for Game Revolution, grew up playing "Resident Evil," particularly so that she could play as Jill Valentine. “I never played as the male character. It was good to have a strong female role model.” She told me that many male characters in games “could have been a badass chick too.” And she feels that some game developers are listening too much to certain viewpoints, like those of people who "don’t like to play games where [they] have to play as a woman, where they won’t play it if [they] have to play as a woman.” She added, “If you validate that logic that someone like me wouldn’t be able to play 'Bioshock,' or [...] if I was transgendered what could I ever play?”

Riza Sabino, the 31-year-old programming manager for Gaymer X, says even the female protagonists in games like "Metroid" and "Tomb Raider" weren't strong characters. “Lara Croft [wasn't] really [a] powerful character. 'Tomb Raider' was not one of those games where you go and take over fortresses. It was a game where you pretty much go through a dungeon.” Essentially, the females had to escape a bad situation, rather than just kicking ass.

Sabino has been playing games since she was a child, having “gone through every [game] system, every trend.” Growing up, she liked women and she liked games, thus felt like an ultimate outsider. “I always felt that being a gamer I was a little bit different than everyone else.” She turned to the gaming world as a way to “escape so that I wouldn’t have to deal with anything.”

The major gaming companies EA and BioWare both attended GaymerX, and held panels with names like “Why We Think It Is Important to Create More LGBT Inclusive Games.”  Both companies have promised to include more LGBT characters. If they follow through, many young gamers might feel less alone. “I think growing up if there was a character that as kid I could say, yes, they are someone I can idolize,” said Sabino, “I wouldn’t have felt so alone.”

Gina Tron is an editor and freelance writer. She is also Creative Director for Williamsburg Fashion Weekend. Follow her on Twitter @_Ginatron.