Give Tyler James Williams a show!

Williams went from Chris Rock's younger self to an excellent turn on "Go On." He's off-air now, but not forgotten 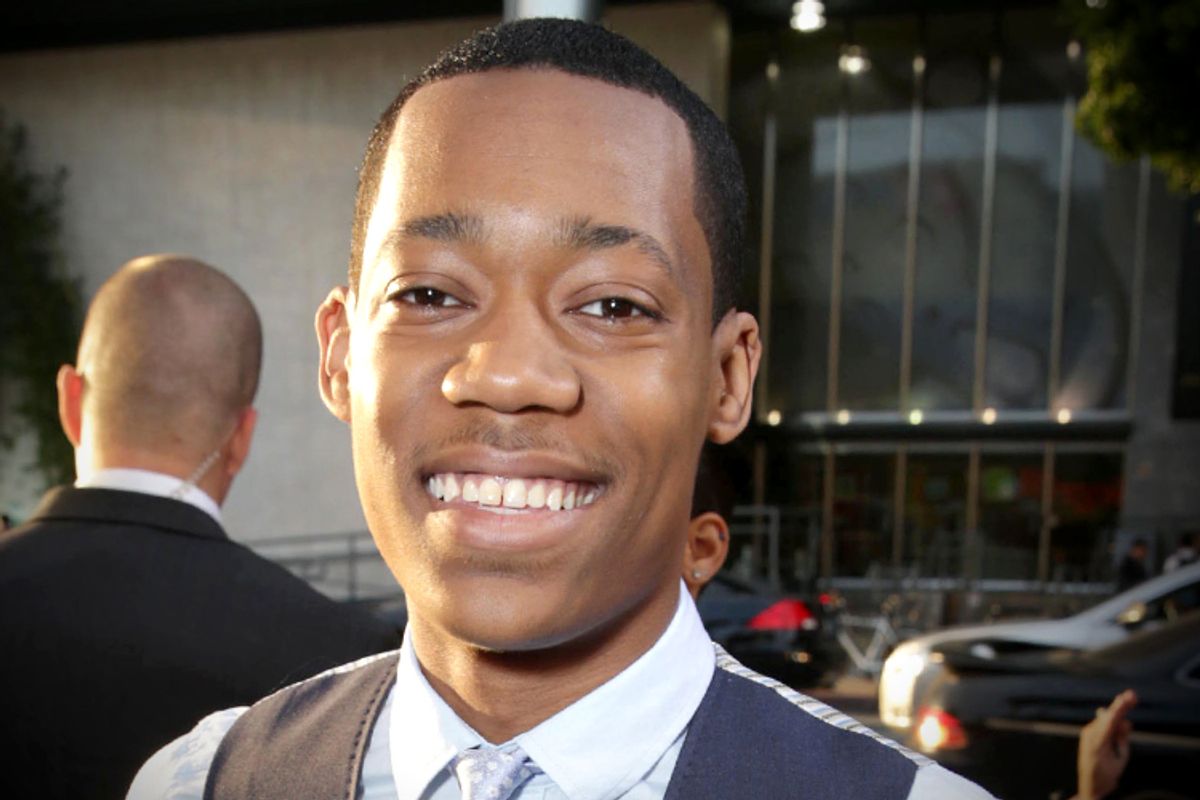 Anticipation is high as a new season of fall TV hurtles toward us. Soon enough our living rooms will once again be alive with those big ol’ small-screen personalities we love. New faces will arrive, bringing with them the promise of intrigue, scandal, revenge, lust and/or love. Beloved characters will return to us, their appeal mostly the same but their story lines tweaked in order to eke out another season. A lot of these folks, especially the newcomers, will disappear from our consciousness as quickly as they appeared once their shows are canceled. Others, who last year or in the years before we embraced, will simply have run their course. They will continue to live on, but we won’t watch (I’m looking at you HIMYM -- or rather, I’m not). It’s the circle of life.

Before the cycle begins and we’re all blinded by brand-new and shiny for a month, I’d like to take a moment to shout out one of those characters from a previous year’s crop of new TV who, regrettably, did not make it: Tyler James Williams as “Owen” from the stalled Matthew Perry vehicle “Go On.” You may remember Williams as Chris Rock’s younger self in the UPN/CW single-camera sitcom “Everybody Hates Chris.” Once that show was canceled, it seemed likely that Williams, a sort-of-dorky, black child actor who had labored in the shadow of Rock’s shrill holler was headed toward a fate worse than Urkel-dom: complete anonymity. Even after “Go On” aired, with Williams as the understated member of a large, otherwise boisterous ensemble, I, myself, mistook him for one of those kids from the fourth season of “The Wire.”

But as “Go On” went on, it became apparent that Williams had something significant in his favor, namely the respect of the show’s writers. Whereas the majority of participants in Perry’s grief counseling group -- that’s the premise -- were sitcom-level wacky, Owen was chill and intriguing. His back story, that of a shy, young homebody with an overbearing mother and a brother in a coma, felt compelling and his behavior earned. The other thing going for Williams was his performance. Physically, he’s grown quite a bit since cowering before Terry Crews on “Everybody Hates Chris.” Now tall and lanky with a remarkably deep voice, Williams possesses a boy-to-man quality that lent itself to funny, subdued banter and awkward physical comedy alike.

My favorite sequence is when the rest of the grief gang secretly conspires to trick Owen into speaking lines from “Chantilly Lace” and other Big Bopper songs -- yunno, because his voice is deep. (Well, maybe you had to be there, which clearly you weren’t because the show is now canceled.) And, if I have to watch a black man named Tyler wearing a dress, I prefer this scene.

I stay in Matthew Perry’s corner. I’ve had a tent with a small portable stove set up there since “Friends” and have survived through “Studio 60 on the Sunset Strip” and the winter of “Mr. Sunshine.” But while I’m predisposed to favor Mr. Perry in almost everything, I was overjoyed to find that on “Go On” he frequently took a back seat to his lesser-known cast members. The incredible Julie White was dry and hilarious. John Cho was about as funny as he’s been since “Harold & Kumar” -- the first one. And Tyler James Williams earned another notch in his comedy belt. Maybe next time, he’ll stick around long enough to show off his rappin’ chops.