A huge marketing deal between Nestle and Google in which no money changes hands. How's that work? 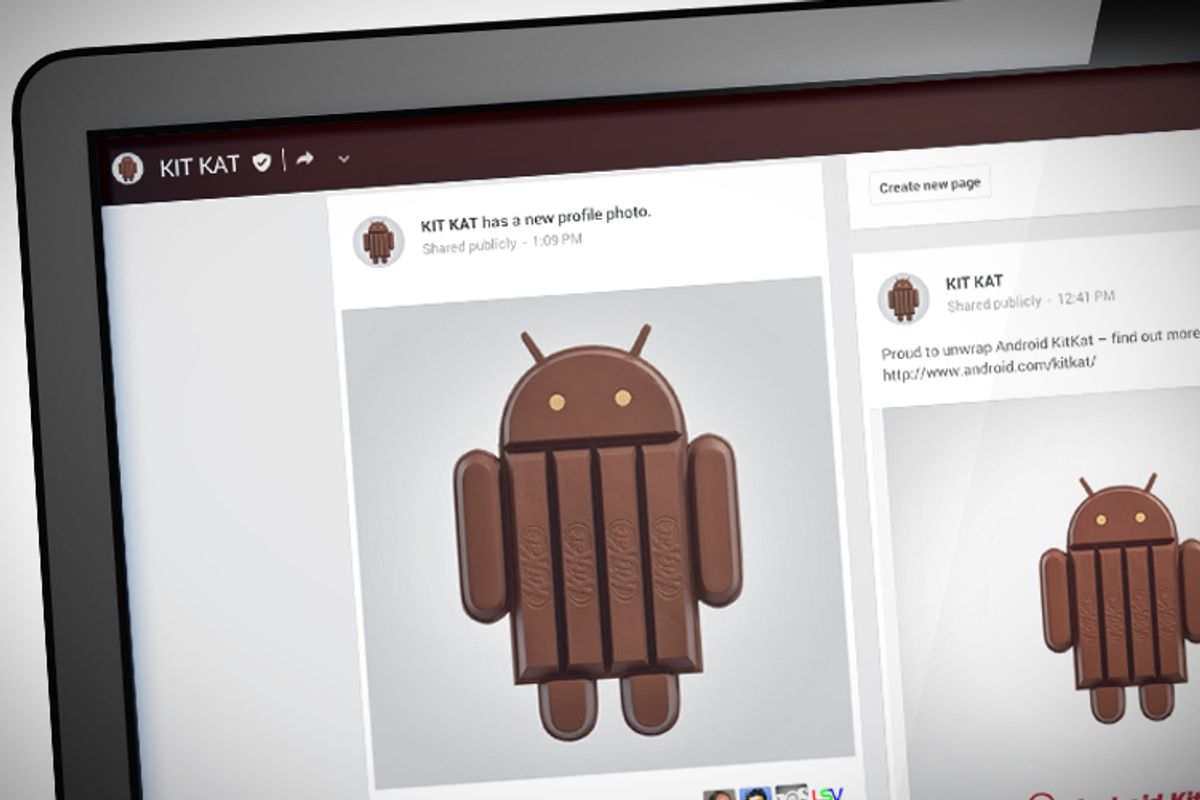 Here's a chocolate-flavored Google mystery. The next version of the Android operating system will be code-named Kit Kat. Both Google and Kit Kat are making a big marketing deal of this (for example, you can win a free Nexus 7 if you buy the right "specially branded Kit Kat candy bar featuring the Android robot").

For Kit Kat, which is part of the Nestle food conglomerate, this looks like a massive public relations coup. (Unless, of course, Kit Kat turns out to be an unusable Windows Vista-style bomb). The last iteration of Android was called "Jelly Bean." If you Google the word Jelly Bean, the operating system comes up as the third hit. That implies that in the near future a great many people will be Googling "Kit Kat."

And yet, the BBC is reporting that Nestle did not have to pay Google a dime.

"This is not a money-changing-hands kind of deal," John Lagerling, director of Android global partnerships, told the BBC.

Instead, he said, the idea was to do something "fun and unexpected".

It is true, all previous iterations of the Android operating system have been named after something sweet. The roll call: Cupcake, Donut, Eclair, Froyo, Gingerbread, Honeycomb, Ice Cream Sandwich, and Jelly Bean.

But this is the first brand name code rollout, and the notion that a branding linkage between two massive corporations is not "a money-changing-hands" kind of deal is difficult to fathom. Certainly, from Kit Kat's point of view, Google's endorsement has got to be worth serious cash money.

So the question is why didn't Google charge for this honor? Google generates the vast majority of its revenue from advertising, and this would be just another advertising deal, analogous to a city selling the naming rights for a publicly funded stadium to a telecom company. It seems a great example of innovative marketing thinking and I can't imagine it will be long before other big tech companies follow Google's lead. Imagine if Apple offered to brand iOS 7 as "Tesla OS" or "Viagra OS." There's gold in them there operating system hills.

But Google is just giving it away? That doesn't make sense. What does Google have to gain by going brand name?