What to do about sweltering conditions in public institutions? 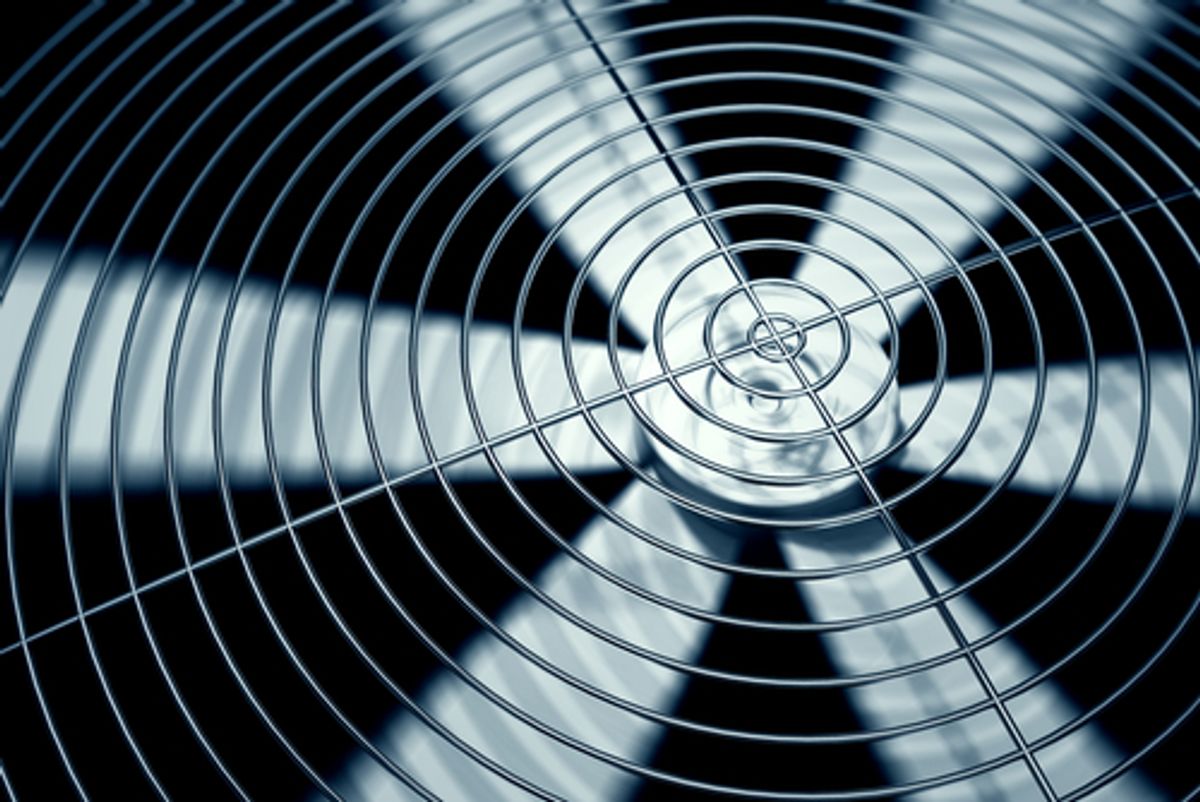 As summers get hotter, it's hard to argue against the need for more air conditioning. Just look to the children: The AP reported yesterday that some un-air conditioned schools in the Midwest this year have been sending kids home early or not opening at all due to 90-plus degree weather. Not only is the excessive heat making it hard for kids to learn, it's a health hazard: "I was speaking with teachers yesterday and they said there were students who had to leave early, students with bloody noses, students (who) had fainting spells or fell asleep in the classroom," said Chicago state Rep. La Shawn Ford.

And AC is arguably elevated to a basic human right when the focus is put on prisoners, who obviously aren't getting time off on account of heat. In Texas, a lawsuit alleges that sweltering conditions -- upward of 130 degrees Fahrenheit -- were responsible for the deaths of at least 14 inmates. Yesterday, it was reported that the union representing correctional officers has thrown its support behind the suit.

Cranking up the AC, of course, isn't a long-term fix. As Time pointed out at the beginning of the summer, "Trying to engineer hot weather out of existence rather than adjust our culture of consumption for the age of climate change is one of our biggest environmental blind spots." That's because the more we use AC, the more we contribute to the rising temperatures that make frigid air more in demand. Writing here, Henry Grabar promotes the concept of district cooling: Systems of cold-water pipes that city buildings are able to tap into. Until the day that becomes a reality, the Environmental Protect Agency suggests planting trees, using fans and being conservative with the thermostat.

For now, though, having readily available water and fans isn't quite cutting it. The main barrier to installing air-conditioning is the cost: The installation estimate for Texas prisons is $55 million, while a Missouri school district had to budget about $5 million to keep students cool. More innovative, sustainable solutions will be expensive, too. But they could end up having fewer costs in the long run, when they'll be needed more than ever.