How to 3-D print your own invisibility cloak 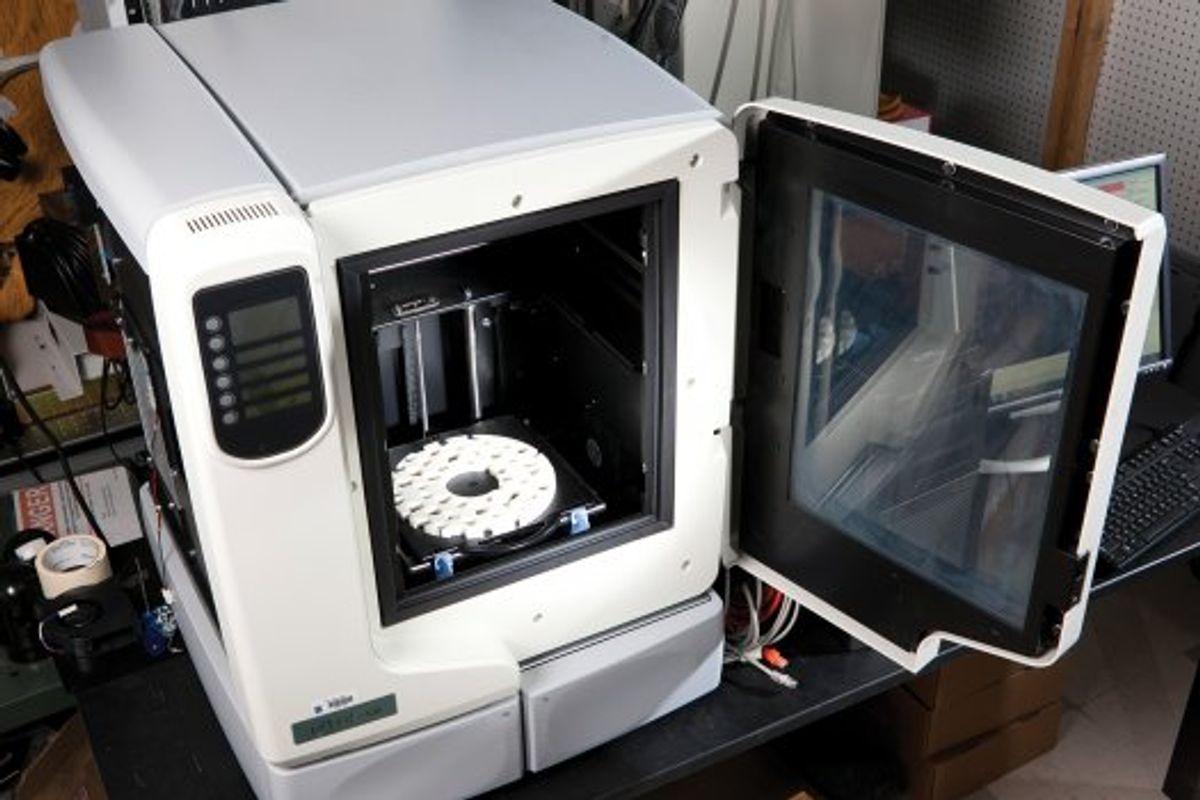 The invisibility cloak Harry Potter brandishes against dark lords and nosy professors is now a reality-at least in microwave light. Duke University engineer Yaroslav Urzhumov has designed a plastic disk that makes a small object placed in its hollow center invisible to frequencies from 9.7 to 10.1 GHz (close to the range used by radar speed guns). Holes in the doughnut-shaped cloak can eliminate an object's shadow and decrease its ability to scatter light. In effect, the cloak guides the microwave beams around the object so they can't bounce back-rendering it invisible. Until scientists can scale up, however, it might be useful only for getting toy cars out of a speeding ticket.

1. Find a 3-D printer, preferably one that builds objects in thin layers of plastic (a process called fused deposition modeling). If you don't own a 3-D printer, can't borrow one, or lack the funds to buy one-typically $500 or more-you can pay an online company (such as Shapeways or RedEye on Demand) to print a design for you.

2. Download Urzhumov's design file at here and print it out. (The default thickness is 1 centimeter, but it can expand as tall as a 3-D printer allows.)

3. To use the invisibility cloak, line the disk's inner ring with aluminum foil, lay it on a flat surface, and put an object 5.4 inches long or less inside. Any microwaves shining on the disk's outer edge won't reveal your precious property.

Before accessing Urzhumov's 3-D-printing file, please note: Urzhumov and his colleagues retain the copyright to the work, and by downloading this file you agree: 1) to take full responsibility for the consequences of using it; and 2) to indemnify Duke university and all individuals involved in the creation of this work of art-as well as Popular Science and its parent company, Bonnier Corp.-from any and all claims of damage against them. (That said, you can download the file here.)

This article originally appeared in the September 2013 issue of Popular Science.