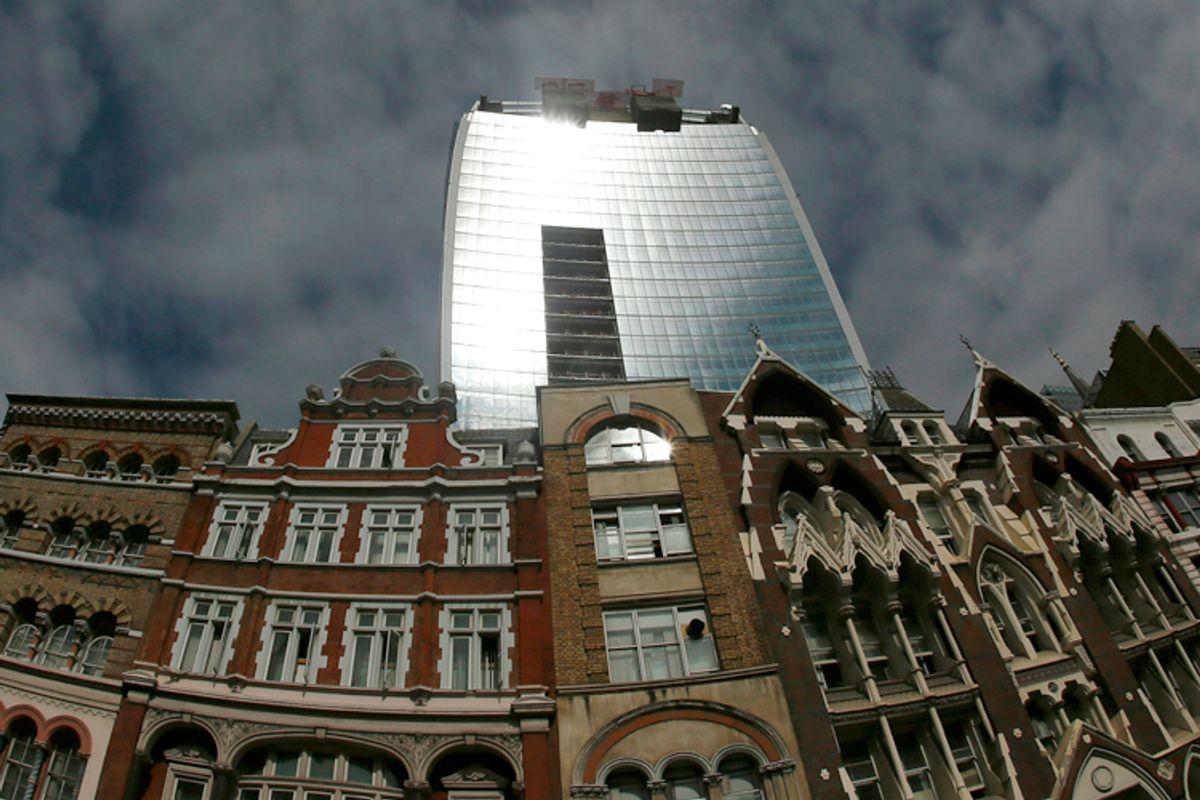 When the sun hits 20 Fenchurch Street, a 37-story London skyscraper, at just the right angle, it turns the uniquely designed building into a $300 million heat ray. At this time of year, the effect -- an intense beam of light as hot as 70 degrees Celsius, or 158 degrees Farenheit-- lasts for as many as two hours per day, scorching pedestrians, starting fires, and even melting parked cars. A local London newspaper used it to fry an egg. "We are taking the issue seriously," say the building's owners.

Proud Jaguar XJ owner Martin Lindsay picked the worst parking spot in the city for his ride. He told CNN that he left the Jag beneath the building, and when he returned, he found that several of its panels had been "warped beyond repair" by the light beam.

The building is more commonly known to Londoners as "Walkie Talkie," because it looks like a walkie talkie. Due to be completed next year, it may require a new finish that causes its 33,000 square meters of glass to diffuse light, instead of reflecting it directly, Bloomberg News reports.

Architect Rafael Viñoly, who designed the building, is also behind a similarly evil building in Las Vegas. In 2010, it was reported that the Vdara Hotel was targeting a light beam at tourists in its swimming pool, earning it the nickname "The Vdara Death Ray." This probably isn't what Viñoly meant when he called Walkie Talkie, on his website, a "high-performance, energy-efficient building." Although in a way, it's certainly living up to its promise.