The comedian, along with Aziz Ansari, Seth Rogen and others, was invited to roast James Franco 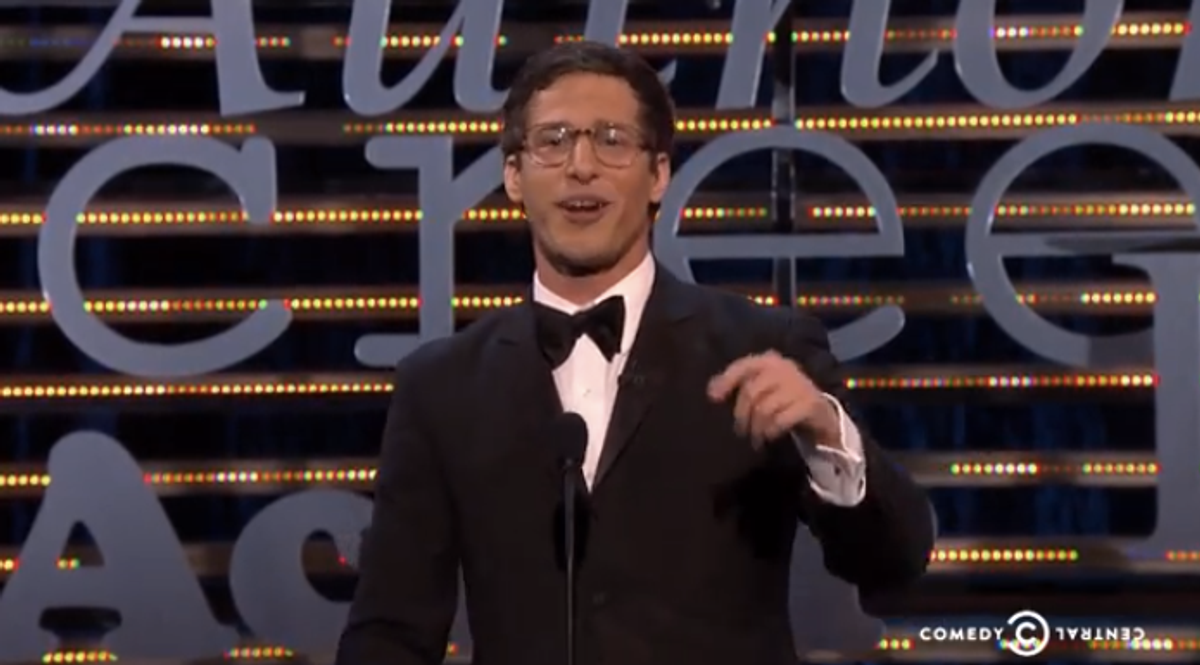 Samberg, an equal opportunity hater, found a way to insult everyone:

Although the roast was sort of meh, some of the best jokes from the night included Rogen's two-for-one knock on Franco (“Franco, you look sleepy. Have you been reading one of those James Franco books?”) and Aziz Ansari's observation about all the gay jokes: "So many gay jokes tonight about Franco. Apparently if you're clean, well-dressed and mildly cultured, you're super-gay now. Is that why the rest of you guys are so aggressively fat and dirty? You think if you read one book and take a shower, dicks are going to just fly into your face."