How do you market the biggest initiative of a presidency if lawmakers won't give you any money to get the word out? 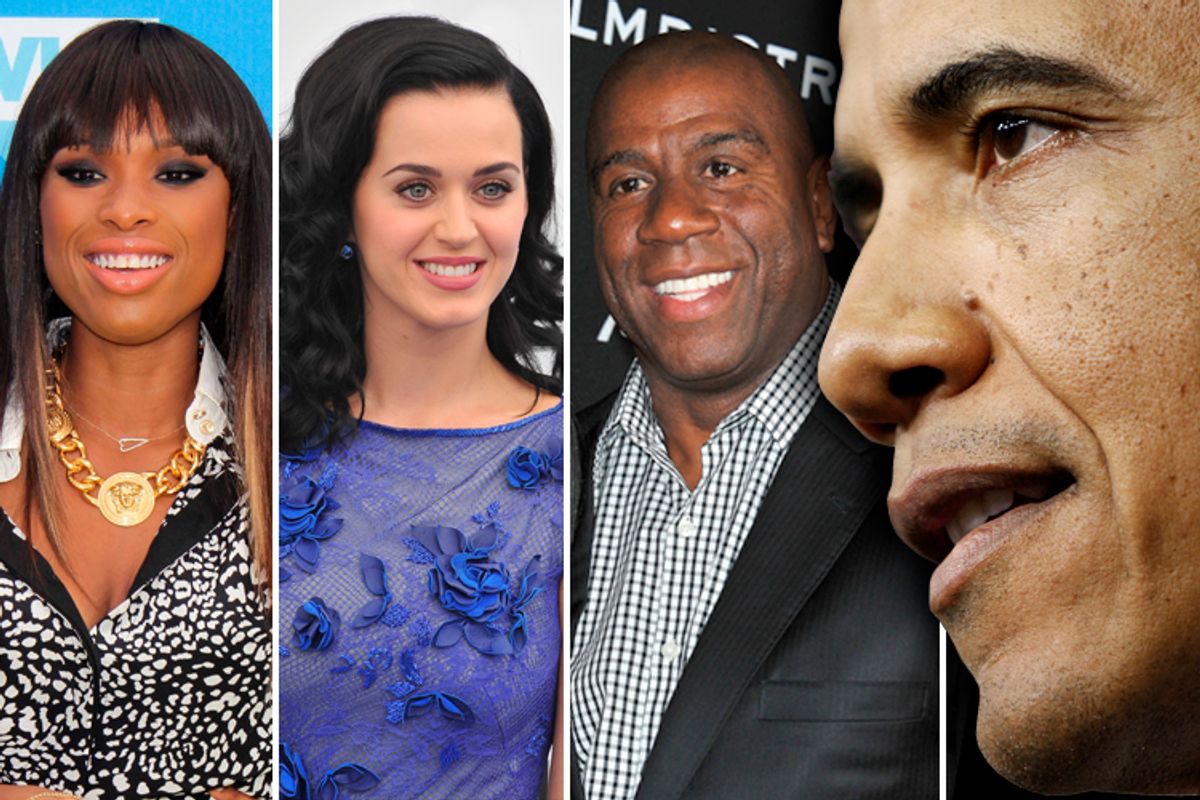 Let's pretend you're starting a business. You find a location, you get a loan, you build and build. But then a few weeks before you're up and running you come to the crushing realization that you don't have enough money to advertise your grand opening.

What do you do?

Well, first you probably kick yourself for not getting your marketing budget right. But hindsight's 20-20 and you have to press ahead.

That's more or less the situation the White House, along with all the government officials and advocates invested in Obamacare's success, find themselves in right now. Enrollment in the law's insurance exchanges begins in less than a month, and without customers, not only will the country's uninsurance problem remain a problem, but the marketplaces themselves will fail. They need people. More to the point, they need a very particular mix of people. Young, old, healthy, sick, in appropriate ratios.

Republicans in Congress aren't about to give the White House any money to get the word out about Obamacare, and the law as written didn't adequately finance outreach. Complicating matters further, it also didn't include automatic appropriations to finance the federally administered exchanges in states where Republicans are doing their damnedest to undermine the law. That's created a suboptimal status quo, where Colorado is spending more money on marketing Obamacare than Texas despite the fact that, as TPM's Dylan Scott notes, Colorado's entire population is smaller than the number of uninsured people in Texas.

It's a big problem. But it's forced Obamacare implementers to think creatively about how to get the word out.

"I too was shocked," says Mike Farah, president of production at Funny or Die, a comedy video site with a great knack for getting things to go viral on the Internet. "When I first started hearing about this, and working with the White House on things in April, I was amazed at how little funding they had to promote this. It's like having the biggest movie of all time come out and not having a marketing budget for it."

Farah, and Funny or Die, are among a small network of what you could call Obamacare's celebrity volunteer army. Just as the White House understands that reaching the young and uninsured via more traditional marketing campaigns means partnering with less-mainstream media outlets, they've also identified a number of celebrities with huge social media followings who want to make sure the uninsured have the date Oct. 1 seared into their minds.

"We saw the help that they needed, and the audience they were trying to reach, was so in line with Funny or Die's audience," Farah says. "Unfortunately young people don't think about healthcare and so we need them to hear about this in different ways in different places for it to sink in. If it's a Funny or Die video, tweet from their favorite athlete or musician, on Reddit. There's so much crap out there it's hard enough to get people to focus on Syria and Egypt."

Funny or Die's goal here is to produce several videos in the next month, help them become self-perpetuating online, to increase awareness of the Oct. 1 launch date in the last days of September. Too soon, and people forget.

"It's an imperfect science," Farah says. "Think of it like movie premier date. You want a lot of attention on that date, but you don't want people to forget about it once it starts."

Viral content is one part of the plan. Direct sales pitches are another.

Katy Perry has about 42 million followers. Obama has about 36 million.

Perry is one of a number of celebrities the White House has enlisted. Last week, reporters spotted Magic Johnson entering the White House. When he left, he made it pretty clear he's on board.

"Starting on Oct. 1, because of the Affordable Care Act -- Obamacare -- anybody who doesn’t have health insurance in this country is going to be able to get it at an affordable rate," Obama explained to Tom Joyner, host of an eponymous, nationally syndicated morning drive show. "And we were just talking with some folks earlier about the fact that, for a lot of people, it will be cheaper than your cellphone bill, and as a consequence you'll be getting free prevention, free checkups. And if, heaven forbid, you get sick or some family member gets sick, even if you have a preexisting condition, you know that you're going to have the security -- you're not going to lose your house, you're not going to suddenly go bankrupt, and you're going to be able to get the treatment that you need. So the key is going to be just signing folks up. And one of the things that we're really going to be emphasizing in the month of September, October and then all the way through March of next year, is letting people know it's simple to sign up. You go to healthcare.gov. You find out exactly what plan is right for you. It's going to be affordable. You're going to be able to get a subsidy, help in terms of paying for it. And we're really counting on everybody out there to get informed. If you know what it's about and you screen out all the misinformation, you'll discover this is something that really is going to help millions of people."

Other officials around the country are figuring out they don't need huge budgets to reach tons of people.

Last week, Georgann Helmuth, business development manager at Cover Oregon -- Oregon's new health insurance market place -- conducted her own Ask Me Anything session on Reddit, where she was able to explain the law and enrollment process to hundreds of Oregonians for free. A hundred here, a hundred there, pretty soon you're talking a lot of people.

In ruby red Kentucky, officials at the state's exchange -- Kynect -- post at state events, including the annual Bourbon Festival, which helpfully takes place in mid-September. They're also trying to reach young people using targeted digital ads on Pandora and Hulu.

So there are a lot of irons in the fire, real potential to reach a critical mass of uninsured people, and overcome the din of misinformation that's been blaring in people's ears since 2009. But it's still a much greater challenge than it would be if everyone, including Republicans, took real interest in helping people, and began pulling in the same direction.

As Farah told me, "It's amazing for Congress not to give money to promote a law that already passed."