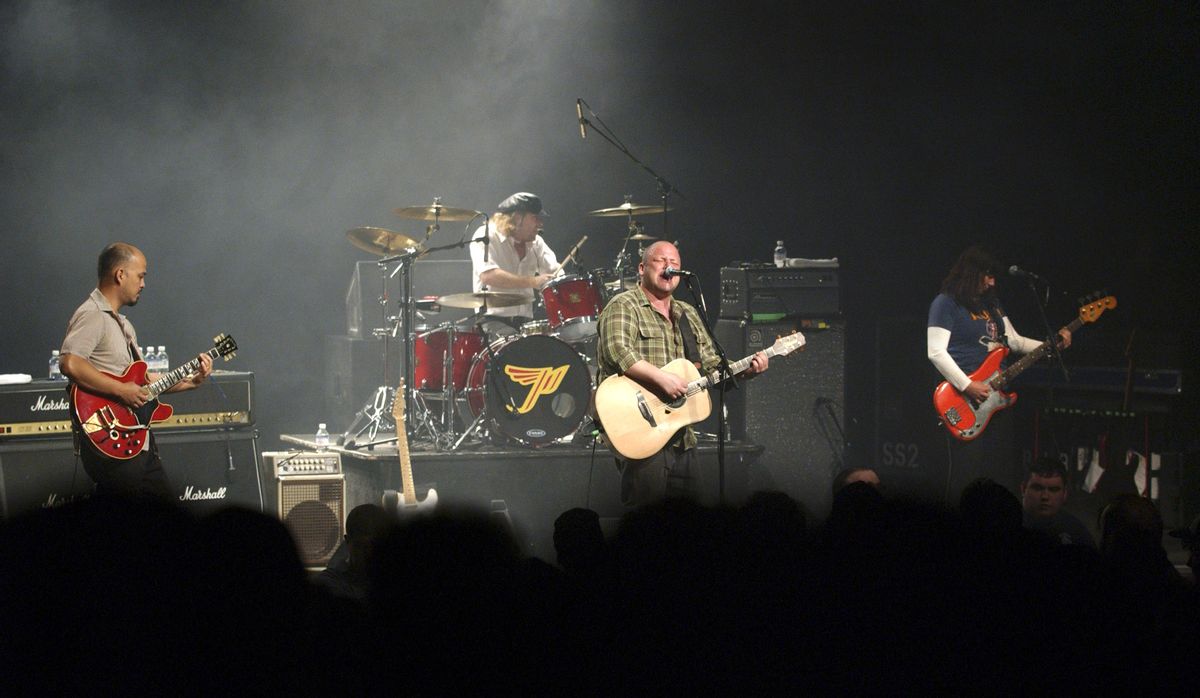 The Pixies, moving forward without bassist Kim Deal, have released what The New York Times describes as "the equivalent of a new album" -- their first in 22 years. The album, “EP-1,” is the first of several releases coming over the next 15 months, though the specifics will remain a mystery. The Times reports:

The band will not say how many more releases are in store, but, like “EP-1,” they are to come out through the Pixies’ Web site, with no advance notice. The EP’s, with artwork by Vaughan Oliver, the band’s longtime designer, will be available as downloads and as a 10-inch vinyl record. No longer on any label, the band now controls its business itself and has become a model of online marketing.

When asked why they decided to release music this way, the band and its advisers say that the album is a tired format that is tied to the needs of the old music business. “When you’re an artist like the Pixies, you don’t have to play by those rules,” said Richard Jones, the band’s manager. Mr. Thompson also acknowledges that it is a way to avoid somewhat the pressure of the Big Comeback Album.