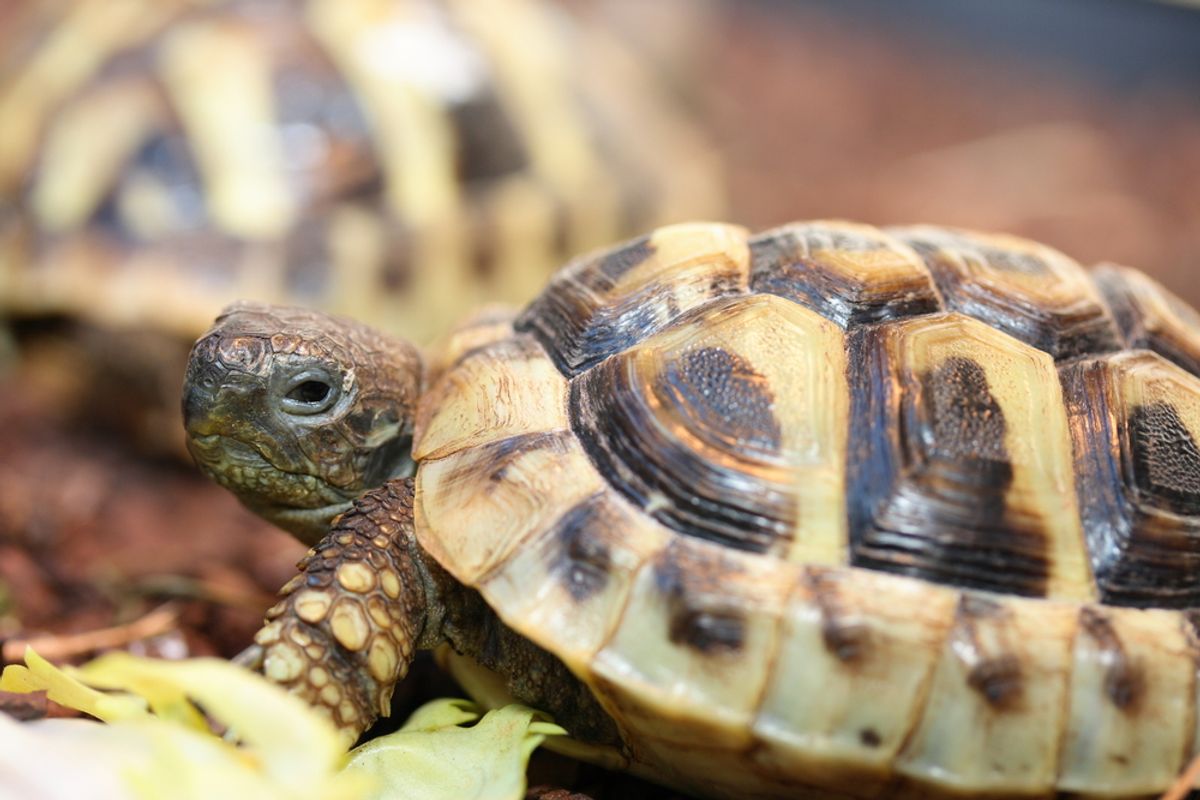 A tortoise touted in exchange for a watch and a "fighting dog with teeth" are two examples of online pet adverts an animal watchdog is seeking to stamp out.

Thousands of adverts for pets are listed across various websites each day, and the Pet Advertising Advisory Group (PAAG) has set out a number of minimum standards they should comply with to improve both animal welfare and to protect members of the public from the risk of ending up with sick, dangerous or even illegal creatures.

PAAG is comprised of representatives from the UK's leading animal welfare groups and specialist agencies who have to deal with the fall out of inappropriate advertising on a daily basis. It warned that online pet advertising in its current form appears to allow almost anything, from underage animals, banned breeds and illegally imported or endangered species to animals offered in exchange for inanimate objects.

It highlighted adverts where a puppy was offered as "a swap for a mobile phone" and a golden retriever was wanted in exchange for a chihuahua, while other animals offered for sale included an Arctic fox, a male skunk and four marmoset monkeys.

In addition, a very rare cross breed between a zebra and a donkey (a zonkey), pitbulls (which are illegal to sell in the UK), and a cat in need of severe veterinary treatment due to a badly damaged eye whose owner wanted to get rid of it were also for sale on the internet.

The standards have been endorsed by the Department for Environment, Food and Rural Affairs, and Lord de Mauley, the minister for animal welfare, who gathered the leading online pet classified websites together to discuss the need for urgent improvement.

There are 18 minimum standards in total, which include websites having to run automated checks for blacklisted words and terms such as banned breeds, and filter for misleading or inappropriate adverts and require vendors to include a recent photograph of the animal they are advertising and monitor for the suspicious use of images. No pets should be advertised for swapping with other pets, services or goods, the standards recommend.

PAAG said it is working with the government to remind consumers and websites that an animal is not a commodity like a washing machine or a car, and should not be advertised or bought in the same way.

Websites in compliance with the standards will be identifiable to consumers on the PAAG website as the ethical and safer choice when deciding to find a pet online.

Clarissa Baldwin, chairman of PAAG, said: "Our research has revealed some truly terrible examples where animal welfare was clearly the last thought in the mind of the advertiser. Every day we hear from people who have bought an animal online only for it to fall sick or die soon after."

She said that in an ideal world "we would prefer people not to buy pets online, but would advise that if you are doing so that you check that the website adheres to PAAG's minimum standards."