Bald eagles are making a comeback 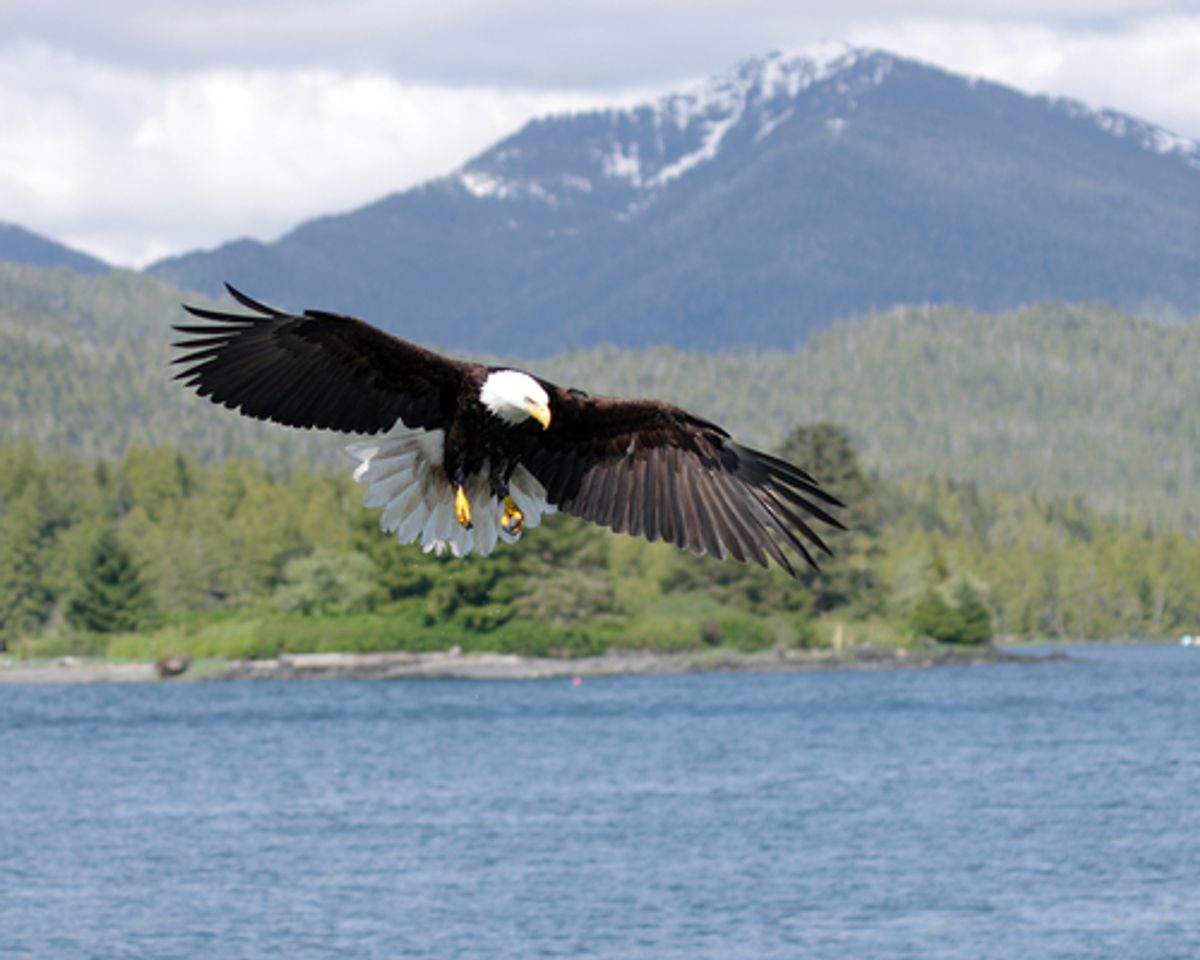 After being nearly wiped out by pesticides in the 1970s, bald eagles are back and thriving. NPR reports from the banks of Virginia's James River, where the symbols of national pride are just about everywhere:

"[There's] another bird up around the corner there, and another four birds up around the corner there," [conservation biologist Bryan] Watts notes. In every direction, it's easy to pick out young eagles with mottled brown feathers, clinging to craggy branches. Mature birds fly by with bright yellow beaks and white heads. Eagles soar in groups, perch high in trees, and squabble with osprey.

The hawks were removed from the Endangered Species List in 2007, and today over 10,000 couples nest throughout the continental U.S. According to Watts, they've become "our nation's best conservation success story." As NPR notes, the measures taken to ensure their return, like bans on pesticides and hunting, weren't met with the public resistance associated with similar efforts to bring back wolves, condors, and grizzly bears.

Unlike those less fortunate endangered species, the bald eagle can probably attribute its resurgence to its prominent role as America's national bird. "The greatest thing about that [is] that it was our society that brought them back," said Watts. Just imagine how it would've looked if we'd driven it to extinction.