GOP's heartless new scheme to prevent uninsured from getting care

Salon analysis shows GOP is targeting states with most uninsured, and bogging down their Obamacare implementation 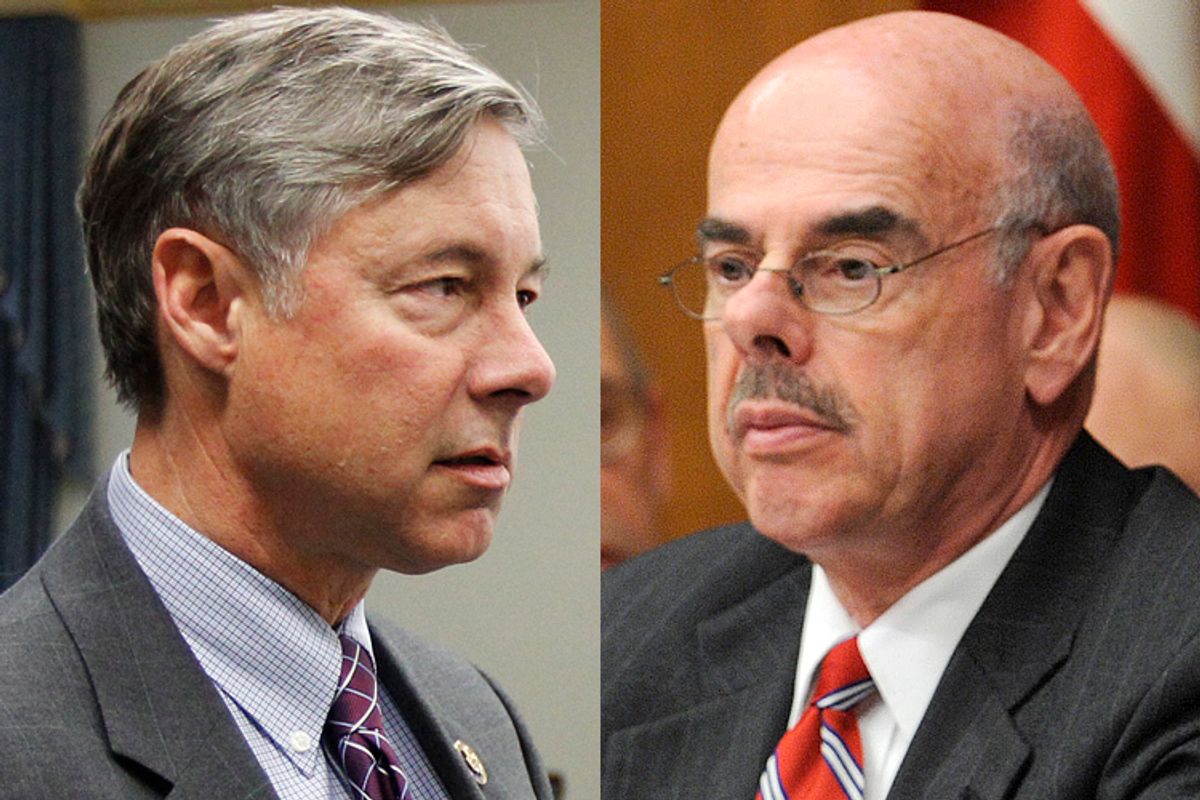 For the most part, Republican state elected officials have undertaken the most direct efforts to stand between uninsured people and Obamacare -- refusing to launch their own exchanges and expand Medicaid -- while Republicans in federal office fight a more symbolic fight.

But now a group of House Republicans has crossed that line -- by attempting to bog down Obamacare enrollment specialists in states with the highest uninsured populations, according to a new Salon analysis.

Last week, as several other outlets reported, Republicans on the House Energy and Commerce Committee sent letters to state agencies and nonprofit groups that received Obamacare "navigator" grants -- organizations that will help educate people about the law and facilitate their enrollment -- seeking an incredibly broad and difficult-to-compile range of information.

The effort's pretty clearly intended to bog down the navigators ahead of enrollment, which could easily reduce the number of people who end up insured under the law. Republicans claim that the inquiry is intended to protect beneficiaries' private information.

But if the goal were to establish best practices for the navigators, they have a strange way of going about it. All of the navigator grant recipients are based in states with federally facilitated exchanges and states partnering with the feds to stand up their marketplaces. Salon's analysis reveals that among these states, Republicans directed their inquiries to organizations in states with the largest uninsured populations.

Rep. Henry Waxman, D-Calif., the Energy and Commerce Committee's ranking member, posted a full list of the recipients on his website.

Of all the states that aren't setting up their own exchanges, these 11 states are among the 15 with the highest uninsured populations, according to census data compiled by the Kaiser Family Foundation.

All of these states, with the exceptions of Michigan, Virginia, South Carolina and Tennessee, are home to organizations Republicans targeted. Michigan is home to Rep. Fred Upton -- the committee chairman.

Now, Republicans could easily respond that they targeted organizations in these states because they wanted to protect as many uninsured people as they can. But that would be another way of saying they hope their inquiry slows the enrollment process as much as possible. If the goal was to establish best practices for navigators, sending 50 organizations in states with large uninsured populations on the same wild goose chase is an odd way to go about it.

A committee spokesman didn't respond to an inquiry about the targeting methodology.

"The timing of these letters is particularly suspect," Waxman wrote in a letter to Upton protesting the investigation. "You are insisting on voluminous document productions by September 13, just when these groups need to be focused on their mission of helping uninsured Americans enroll for coverage. Indeed, it appears that these requests may have been sent solely to divert the resources of small, local community groups, just as they are needed to help with the new health care law."

Timing is suspect. But so is location. Republicans seem unconcerned with the privacy of uninsured people in states like Wyoming and New Hampshire. Unless protecting uninsured people from slipshod navigators is only worth doing in states with large uninsured populations, it looks like Republicans were mainly interested in creating obstacles for as many uninsured people as possible, and this targeting scheme was meant to maximize bang for their buck.