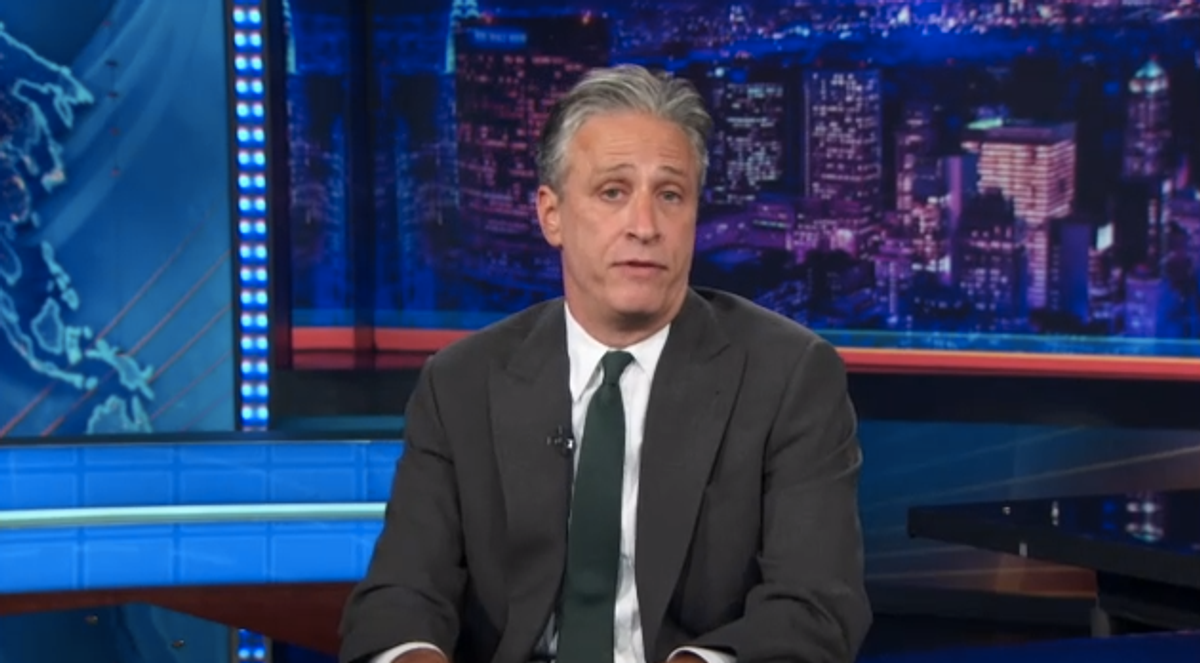 Jon Stewart has returned to his rightful place as host of "The Daily Show" after he took a 12-week hiatus to direct his first film, "Rosewater," in Jordan. "The Daily Show" celebrated the occasion with a sketch starring interim host John Oliver, correspondent Jessica Williams and Stephen Colbert:

Stewart reflected on his experiences in the Middle East, saying "I am so excited to be back. I learned a lot of things summer. One, I learned I have the beard of a 90-yar-old prospector. I learned that I am western, because for all that I appreciated and learned about the culture that I was immersed in -- boy, I'm western." The comedian also thanked his staff and crew, and pulled an overeager Oliver out on stage to catch Stewart up on the events he missed in America: