The wacky mayor's race you're missing: Pirates are running in Minneapolis!

Sick of the New York mayor's race coverage? Here's a look at the many other elections happening around the country 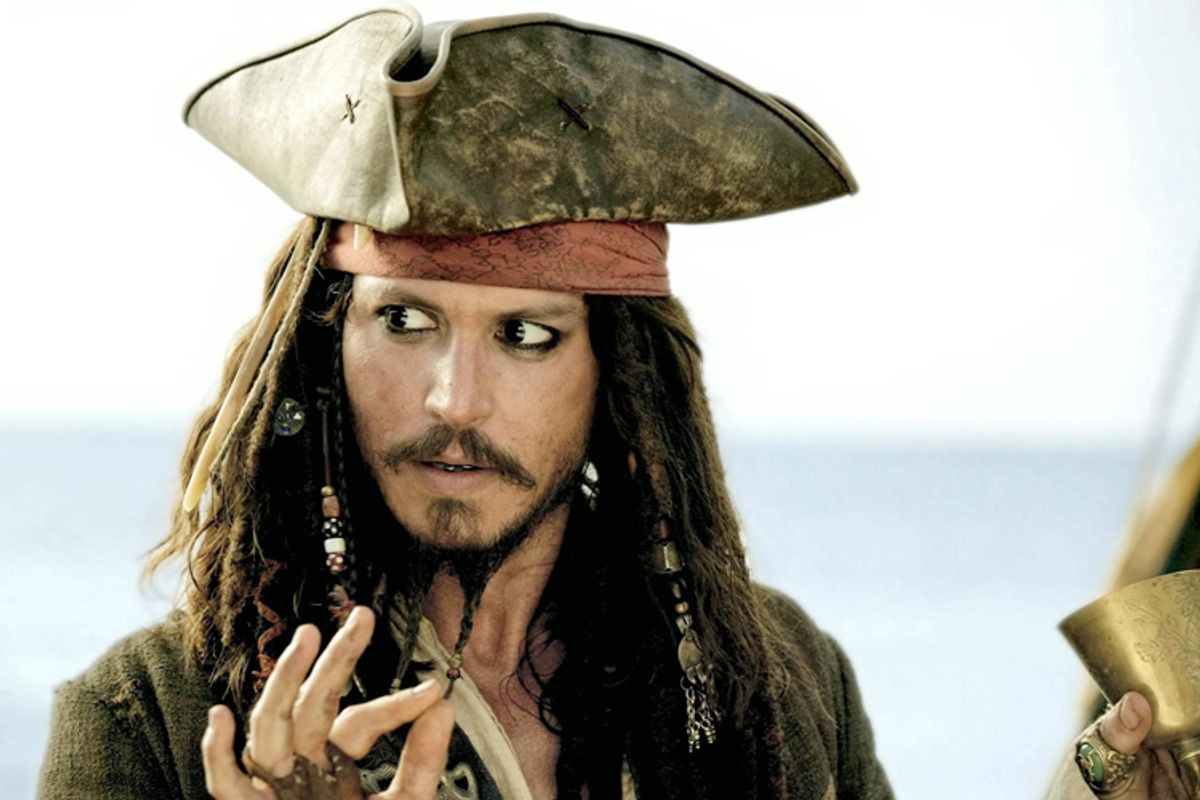 Yesterday, much of the political blogosphere (and the people who talk about politics on Twitter and so on) became enthralled with a video of a New York City mayoral candidate currently polling near last place getting into an argument with a guy. Truthfully it's a funny video, and Anthony Weiner is perhaps a character who transcends local politics, but still: Not only is this guy not going to be mayor of anything, even if he had a shot at being mayor, that still would not matter to most Americans, who do not live in New York.

I have been one of those pundits, ostensibly responsible for writing about "national issues," who has lately become fixated on the more parochial concern of who the next mayor of my town will be. I realize that does not matter to many of my readers. So today, I will take a look at the many other elections -- elections deeply important to the people living in these places, and elections that have not received as much media attention as our little mayoral race -- happening around the country.

OK, well, this one might not count, because it's happening essentially in the other capital of American journalism, or at least adjacent to it. It's received a lot of coverage, because D.C.-area pundits like to pretend that "Virginia governor" is a "stepping-stone" to bigger things, which is basically only true if a U.S. Senate seat opens up right after the governor ends the one term he's allowed to have. But it is a fascinating race, presenting essentially the absolute worst that both parties have to offer.

The Democratic nominee is Terry McAuliffe, a longtime professional fundraiser and horrible human being. He is an amoral Clinton hanger-on whose only actual skill is getting very rich people to write checks. I am not sure he has any particular political principles. He is the logical end point of the Clinton-era New Democrat.

His opponent is Ken Cuccinelli, a combination Tea Party/paleocon who has made his determination to enforce an unconstitutional sodomy law a cornerstone of his campaign. He's against contraception and "fathers' rights" kooks love him. He's the living embodiment of the conservative activist base sabotaging the aims of the conservative donor class. At least whoever wins will only be allowed to serve one term.

Booker is running against ... someone, probably?

Sorry, guess we're sticking with the Northeast a bit longer. Chris Christie is the shouty, cartoonish governor of New Jersey, and he is cruising to reelection with the (indefensible) financial support of a bunch of rich Democrats. Christie has gained a reputation as a moderate, because he hugged the president, but he's antiabortion, anti-gay marriage, anti-tax and increasingly hawkish. The Christie reelection is going to show that rhetoric and tone are still more powerful than actual policy, especially among the dumb rich liberal class.

Christie is running against Democrat Barbara Buono, who is fine, but doomed. It is possible that in two months everyone will be shocked when Christie barely wins reelection and it turns out that a Democrat with a bit more money and national support could've beat him. I'm not saying this is definitely going to happen, I'm just saying I remember the 2009 Bloomberg reelection. It's also fun to remember the other recent time a moderate Republican governor with presidential ambitions won reelection in a blue state and then immediately decided he hated stem-cell research. I'm not saying, I'm just saying the neocons are grooming him.

Finally, a good heartland election to care about. Minneapolis is having a fun mayoral election, possibly just as wacky as the one we're having in New York, except on a smaller scale. First of all, there are 35 candidates. In the general election. Minneapolis this year is using ranked choice voting, the voting method endorsed by FairVote and me. This means that there was no primary, and furthermore, no candidate managed to win the endorsement of the DFL (Minnesota's Democratic Party equivalent, and by far the dominant party in Minneapolis politics). So this is a bit of a mess. (The city is also limiting voters to three choices, instead of 35, as "pure" RCV would require, or six, as FairVoteMN recommends.) But it's a mess that would be easy to avoid in the future, if the city had stricter ballot access rules than simply the ability to pay a $20 fee. (Yes, it was seriously that easy to get on the ballot.)

So the ballot will feature "Captain Jack Sparrow." (He is one of two self-declared pirates on the ballot.) And Bill Kahn, whose platform is eliminating the office of the mayor. There is a guy whose platform includes the creation of "local currency."

Minneapolis is a "weak mayor/strong council" city so whoever gets elected shouldn't be able to do that much damage.

Someone will be stuck with this town soon. Though not stuck with it in the sense of having any responsibility for running it, thanks to bankruptcy and Michigan's egregiously undemocratic emergency manager law. And it's probably going to be a white guy, which hasn't happened in Detroit since the 1960s. Said white guy Mike Duggan was just belatedly declared the winner of the primary, as a write-in candidate, and now he'll face the second-place finisher in the general.

Thomas Menino is retiring! No one has any idea who the next mayor will be. Maybe a Dropkick Murphy's song in a green Sox hat? Either that or Affleck.

America's two largest cities, New York and L.A., will both choose new mayors this year, and because of the well-known coastal bias of the national press, I'm sure we'll be inundated with coverage of the L.A. race once it gets closer to Election Day. The candidates may not be well-known outside the city, but ... oh, wait, it looks like this election happened already last May?

Haha whoops, sorry, Los Angeles, we didn't really notice you guys having your mayoral election, out there in America's second-most populous city. Did it go well? Twelve percent of you guys made it to the polls, huh? Well, congratulations, Los Angeles Mayor Eric Garcetti. Keep us posted about the next one, I guess.

In conclusion, while I support more writing about local races across the country, the fact is, more people live in New York City than in 39 American states so everyone just has to deal with us talking about it for a little bit longer.