How not to be terrible when talking about rape

The rules for accurate rape commentary are a lot like the rules of not being a horrible person. A few pointers 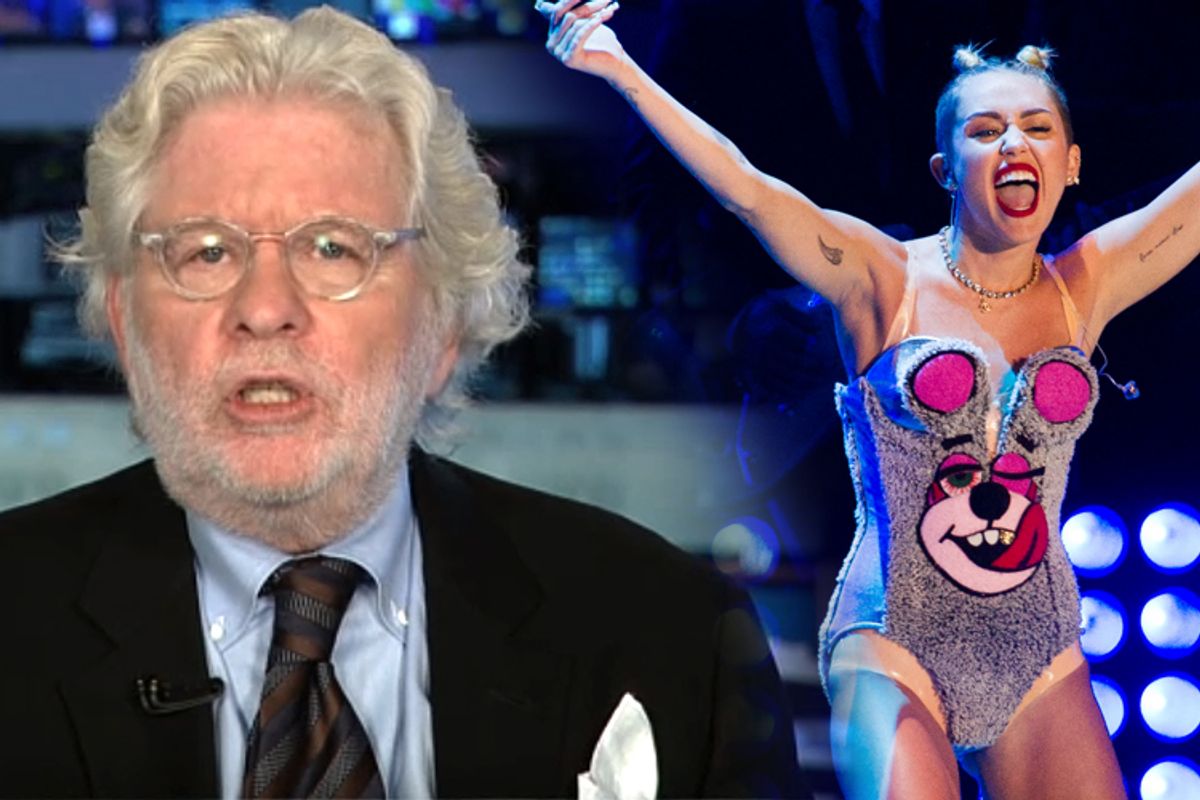 Fourteen-year-old girls in juvenile detention facilities do not "consent" to be raped by their corrections officers. Latex-clad 20-year-old pop stars do not "encourage a teenage culture" in which boys can sexually assault unconscious girls with impunity. And convicted rapists who escape punishment and violate the terms of their rehabilitation programs -- only to be faced with a mere 30 days in prison as a result -- have not received a sentence "appropriate given the nature of the case."

And yet this is, verbatim, how we're talking about rape in 2013. A little more than a year out from the "legitimate rape" comment that killed Todd Akin's political career, it's become clear that, far from being a ridiculous outlier, Akin's view of sexual violence is basically how too many people with high profiles choose to talk about rape: quick to blame survivors, even quicker to excuse perpetrators.

It is so easy to be better. Writing about sexual assault with accuracy, empathy and common sense is really about taking the time and forethought just to be a good person.

Here are five ways to start.

Though he has since walked back his statements, Judge G. Todd Baugh initially agreed wholeheartedly with Stacey Dean Rambold's defense attorney when he argued that Rambold -- a 49-year-old teacher who repeatedly raped his 14-year-old student -- should not serve the recommended 15 years behind bars because he had "suffered enough" during his trial. Rambold, his attorney argued, was branded with the "scarlet letter of the Internet," lost his job, his home and his family after the assault. Rambold's victim, on the other hand, was repeatedly raped by an adult who was legally responsible for her care; she would go on to commit suicide before the trial against Rambold concluded. She was only 16 years old.

Then, of course, there was CNN's notorious commentary on the "promising futures" of Trent Mays and Ma'lik Richmond, the two high school football players found guilty of raping an unconscious teenage girl and, in Mays' case, circulating the photos of the assault online. After delivering news of the guilty verdict to Candy Crowley, general correspondent Poppy Harlow lamented:

Incredibly difficult, even for an outsider like me, to watch what happened as these two young men that had such promising futures, star football players, very good students, literally watched as they believed their lives fell apart ... when that sentence came down, [Richmond] collapsed in the arms of his attorney ... He said to him, "My life is over. No one is going to want me now."

It isn't a tragedy when people who commit crimes face consequences. It's actually called justice when that happens.

On Tuesday, the Washington Post ran a piece by Richard Cohen suggesting that Miley Cyrus might be somehow responsible for the crimes committed in Steubenville. And while it's tempting to dismiss Cohen as an out-of-touch man with a horrible track record of saying deeply misogynistic and racist things on the Internet (all of which is also true), he's not the only one blaming female raunch culture for sexual violence.

In a story for USA Today, Joanne Bamberger took a similar position on Cyrus, this time blaming her, bizarrely, for gross failures of accountability from the criminal justice system. While Cohen believes Cyrus is guilty of "debasing" women and girls and effectively inviting teenagers to sexually assault other teenagers, Bamberger cites the pop star's onstage writhing and grinding as the reason that judges like Baugh think girls like Rambold's victim are "as much in control of the situation" as their assailants:

Even though [Cyrus] is 20, many of us still see her as the tween/teen star of Disney's "Hannah Montana," and maintain a mental image of her as that more wholesome child, even as she struts on stage today, inviting sexual attention. Shows like "16 and Pregnant" reinforce the idea that girls are sexually mature before they graduate from high school. The music industry inundates us with salacious female images, like the Britney Spears/Madonna French-kissing episode ten years ago on same MTV award show.

Bamberger's willingness to blame Britney Spears and parental anxiety about teen sexuality for Baugh's disregard for state laws regarding the age of consent would be laughable if it weren't an attitude that people seem to actually share with her.

Being anti-rape is not anti-sex (it is anti-rape).

This was a particularly bad week over at the Washington Post. Only days before the Post ran Cohen's bizarre editorial, they published writer and former attorney Betsy Karasik's musings on why sending a 49-year-old man who raped a 14-year-old girl to prison for longer than 30 days is "utter hysteria." Because, Karasik says, teachers who rape their students exist on a "nuanced continuum of sexual interactions."

As Katie Halper recently noted for Salon, a 14-year-old girl literally cannot consent to have sex with a 49-year-old man. There is no "sex" between a teacher and a 14-year-old student. It is, legally, always only and ever going to be rape. The same goes for the recent trial of a 40-year-old corrections officer who raped an incarcerated 14-year-old girl, another case in which attorneys and commentators suggested the victim was "willing" to be raped.

And, though Karasik completely ignores this in her piece, there are actual problems with the selective enforcement of statutory rape laws in cases where teenagers in otherwise consensual relationships are only a few years apart on the dividing line of legal consent. But neither the Montana nor Louisiana cases are murky territory. Both are glaringly clear-cut.

Karasik's argument is particularly troubling because it's cloaked in the language of sexual empowerment and dripping with "cool" references to Louis C.K. and 1960s counterculture to disguise its blatant rape apologia.

The Poytner Institute has a wonderfully concise rule of thumb on distinguishing between rape and sex when reporting on sexual violence: "Describe charges of sex without consent as rape, not anything less ... sometimes writers minimize the trauma of rape by describing it as sex or intercourse if the rape doesn’t involve the kind of physical violence that requires medical attention."

Don't use a stand-up comedian as the crux of your defense of a convicted rapist.

Seriously. Just don't do it.

Last month, the Daily Beast ran a piece announcing that "true rape" does not happen in prison and that it's "really not that unusual" for incarcerated people to lie about being sexually assaulted. Mansfield Frazier's piece (which has since been edited to remove this passage) continued:

Indeed, the vast majority of experienced convicts know that “true” rape is not a common occurrence in prison. That doesn’t mean that homosexual sex doesn’t occur -- it certainly does. But it’s really not that unusual for a new prisoner to show up on the compound and begin walking around the yard in pants far too tight. Before long they drop the soap in the shower, get a little close to another naked man, and then -- simply because they’ve never been able to come to terms with their own sexuality -- tell anyone who will listen (but, interestingly enough, they usually never complain to the guards) that they were “raped.” And a week or two later it could happen again, and then again.

The story generated near-immediate outrage, which the editors responded to by significantly altering the piece and posting a public apology, but the Daily Beast was far from the first media outlet to make light of sexual assault in prison.

On CNN that same week, Richard Herman said that Chelsea Manning, a transgender woman, would get "good practice at being a woman" while in prison.

As Salon's Mary Elizabeth Williams noted in 2012, minimizing rape in prison isn't funny. At all. "Ever wonder why, though men make up at least 3 percent of rape victims, the crime so often goes unreported?" Williams asks. "Couldn’t have anything to do with our cultural propensity for turning sexual violence against men into a smug joke?"

Rape doesn't suddenly become acceptable when it's committed against a person who is incarcerated. It actually just keeps being rape.

Which is, as noted above, a crime.