The movie "Escape from Taliban" was based on Sushmita Banerjee's memoir. Police suspect the Taliban killed her. 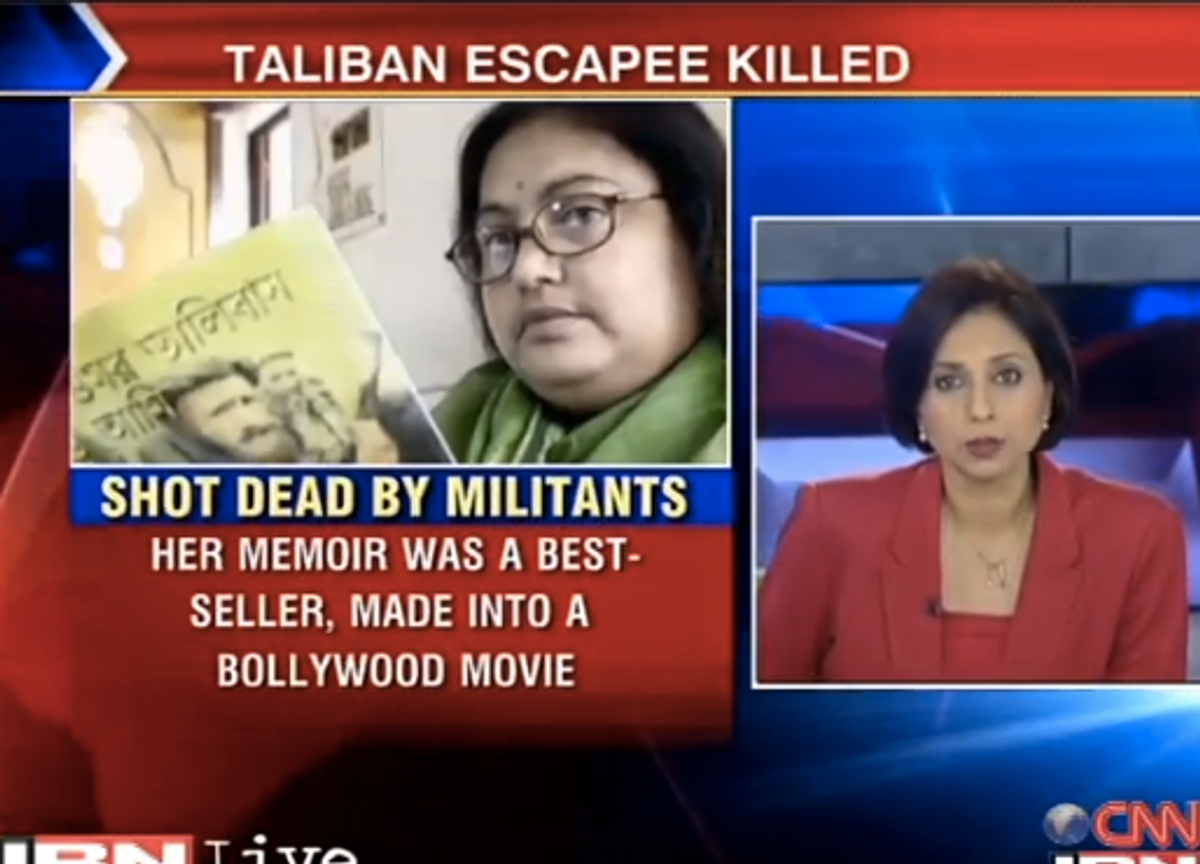 Sushmita Banerjee, and Indian author who rose to prominence with her bestselling memoir, "A Kabuliwala's Bengali Wife," about escaping the Taliban in the 1990s, has been shot dead near her home in Afghanistan. She was 49.

The Times of India reports that police suspect Taliban militants targeted the writer, whose book was later turned into a film, "Escape from Taliban" in 2003.

A senior police official told news reporters that the Indian author, who was known to the locals as Sayed Kamala, was working as a health worker in the province and had been filming the lives of local women as part of her work. This may was irked militants who have been carrying out attacks against women in the region.

Police said Taliban militants arrived at her home in the provincial capital, Kharana, tied up her husband and other members of the family, took Banerjee out and shot her.

They dumped her body near a religious school, police added.

Heather Barr, a researcher with the Human Rights Watch in Afghanistan, told the newspaper that "No woman in a prominent position is safe in Afghanistan. Almost all the people working for women's rights have been threatened."

The attack comes a little over a year after the Taliban attempted to assassinate Malala Yousafzai, a 16-year-old girl-turned-feminist-icon who continues to speak out against the oppressive group.

No one has claimed responsibility for the attack yet.