The single-serving trend expands beyond coffee 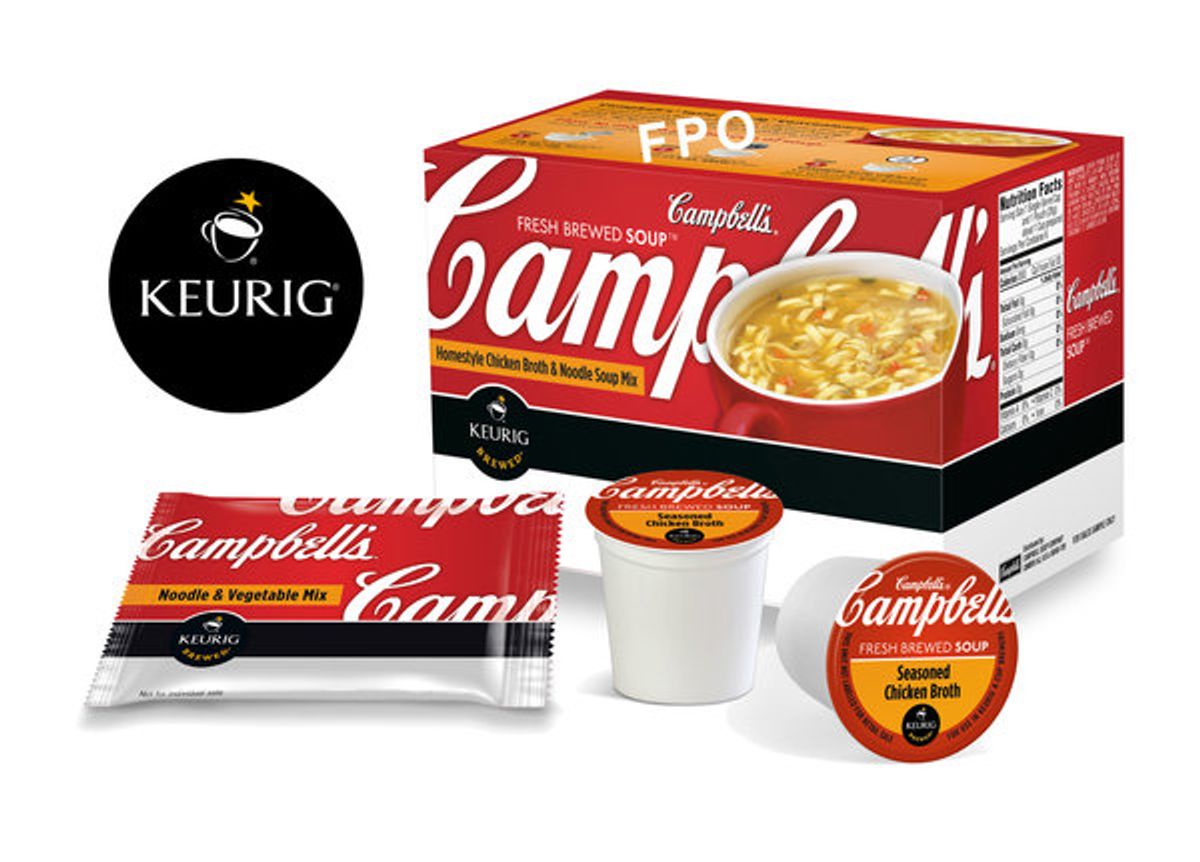 Fans of Green Mountain's Keurig coffee machines, which produce fresh cups of joe at the push of a button, will soon be able to use the machines to make 3-minute soup. The company announced that it's partnering with Campbell Soup Co. to offer "Fresh-Brewed Soup," which it's characterizing as a small snack.

Single-serving coffee has been controversial for almost as long as it's been popular. The "K-cups" used by Keurig machines are made of plastic and tinfoil, and as such are nonrecyclable and nonbiodegradable. On its website, Keurig acknowledges the problem and says that finding a solution is a priority.

The Campbell partnership, though, is a move toward expanding the company's current model, which also offers single-servings of teas, hot cocoa and fruit drinks. Apparently, it's what the people are demanding: "Consumers told us we should put Campbell soup in these machines," Green Mountain CEO Brian Kelley told the AP.

The Keurig's big selling point, after all, is convenience. For coffee, all users have to do is place a K-cup in the machine and add water. The soup will work similarly, with the added step of adding dried noodles, vegetables and seasoning to the mug.

As Mother Nature Network points out, earlier this year Campbell's was the only U.S. food company to be listed as one of the world's most sustainable corporations. Even more ironically, one of the efforts they were recognized for was their "redesign of plastic product packaging, which saved more than 1.2 million pounds of plastic in fiscal 2012." The company hasn't said anything about how introducing single-use cups might conflict with that initiative.