Yes, the drug has risks -- but it's possible to use it responsibly. And dance culture is about so much more 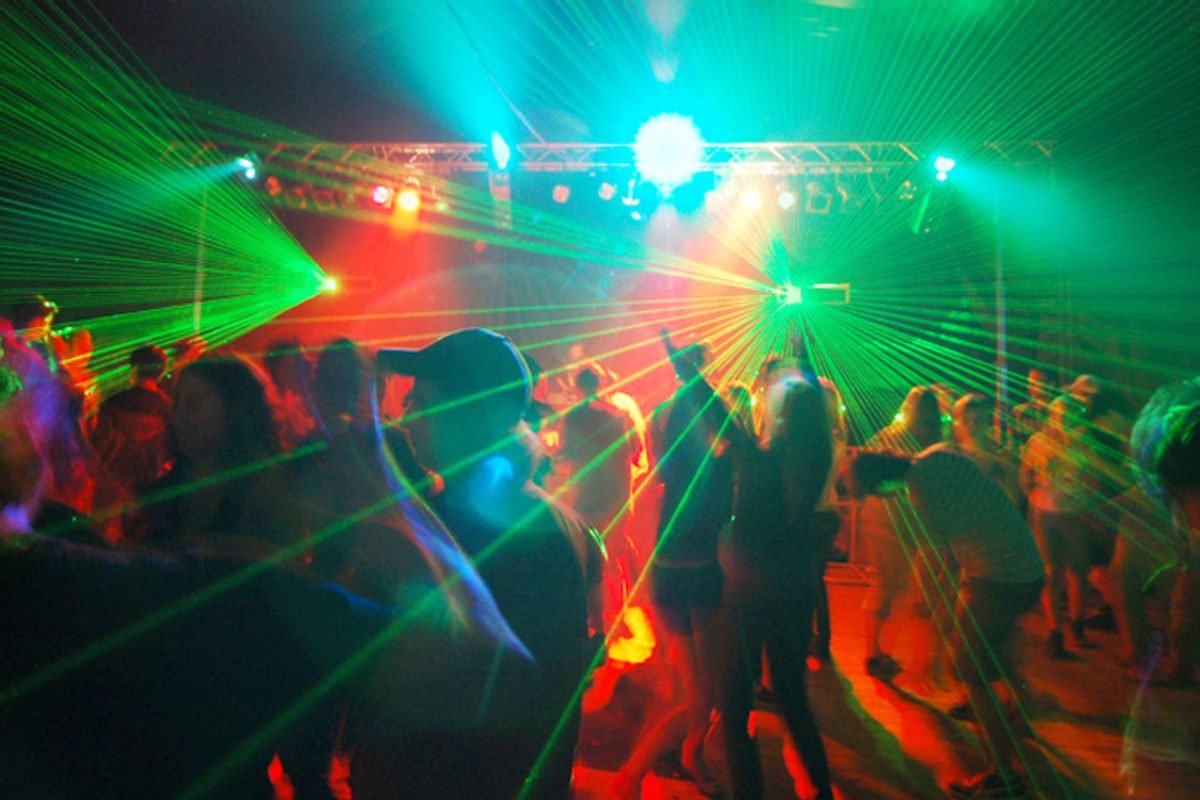 This has been a hard week for dance music culture, and the media has identified a culprit: MDMA. The third day of the Electric Zoo festival in New York was canceled, despite vigilant staff. Six overdoses were reported at two shows in Boston last week, at two venues known for stringent-to-the-point-of-volatility security checkpoints. Not to mention that Miley Cyrus seems to be the most vocal celebrity proponent of the drug at the moment.

I don’t expect to be able to write a comprehensive defense here, only to share a few thoughts. And I have two separate arguments that may seem somewhat at odds with each other: first, that MDMA is not essential to enjoying dance culture; and second, that, in spite of that, it’s gotten a worse rap than it deserves. I’m not going to touch on the history of rave culture (such as the Second Summer of Love in Britain, which also resulted in crackdowns) or the grander economic/political forces at play with the war on drugs in America. Instead, this is a personal defense of dance culture today.

I also want to acknowledge that MDMA use isn't risk-free behavior; while there are some precautions you can take, like using testing kits, there's no way to completely eliminate risk. What I'm arguing isn't that MDMA use is completely safe, but that for the few extreme situations we see reported, there are millions more people who land in the middle of the spectrum between drug-free and using to excess.

I was first offered MDMA when I was a sophomore in college. A cool, older friend (it’s always a cool, older friend, right?) invited us to a “rave” in Connecticut. Since even alcohol was pretty new to me then, the idea seemed totally foreign and scary. My preconceived notions of “molly” were terrifying, to say the least, and I declined to attend the rave, since people there would be on drruuuugggsss.

Fast forward about two years. My first dose was wrapped (as part of an elaborate group ritual) in a Fruit Roll-Up™, which I ingested orally on the MBTA. We were headed to a Rusko show at Royale Nightclub in Boston. Definitely not my scene now, but “dance music” was fairly new to me (and a lot of people my age) at the time. I did a lot of reading and talking about the drug with people beforehand. I watched the Peter Jennings documentary “Ecstasy Rising” — an extremely objective look, and something I was surprised to see from someone I’d watched on TV all the time with my parents.

Despite my prior research, I was still anxious. I was afraid of losing control, of becoming disconnected from my sense of self. It took about an hour and a half for the drug to kick in, and there was no singular moment of “holy shit, I’m on drruuuugggsss” the way I had expected. It’s impossible for anyone to prepare you for MDMA, and by that I mean you’re probably going to expect something far more extreme than the actual outcome.

The appeal that MDMA has for me is the complete lucidity that it offers, particularly in contrast to alcohol. After that first experience, I felt that my mind-set had permanently shifted (and not in the sense that proverbial “ice cream scoops” had been shaved from my brain). As someone who’s historically been quite introverted and socially anxious, and particularly reticent about touch (there was a time when hugs from friends, even after heavy drinking, seemed like a massive mental undertaking), I felt like a layer of my personality had been peeled back.

Despite all of the insanity of last week, I took a small dose of MDMA (from a trusted source) just last weekend at a small music event in my city. I consumed about one-quarter of the amount that was described to me as a “dose.” I didn’t die. I also didn’t talk anyone’s ear off, grind my teeth, lose my job, kill my entire family, eat any faces, or blindly agree to have sex with anyone or anything. I simply danced, had some pleasant conversations, and drank a little bit of Goya peach juice. It's possible that some MDMA users are doing too much, pushing their limits too hard. But individuals aren't solely to blame for that  —  we're also seeing a shift in culture.

The core of “dance culture” isn’t about “getting fucked up.” If you’ve ever been to a great music festival, like Mutek in Montreal or Movement in Detroit, you know that you can get high off sheer atmosphere. These are festivals that focus on the communal side of dance music culture; artists come back year after year, and many attendees treat these festivals as a pilgrimage, not a party (which isn’t to say these aren’t parties, but rather, that priorities are different). Of course, there are some people who’ve had a few too many drinks or popped a few too many pills. But it’s not the first thing that catches your eye.

At festivals like Ultra in Miami, however, many of the attendees are viewing the experience as a party first and foremost. People at these events, I think, often prioritize their own experience (think “VIP” tickets and table service), rather than the incredible feeling of being part of something, of experiencing something together.

My experience of becoming involved with dance culture just a few years ago seems to parallel the experience of many young Americans. We were listening to indie rock and hip-hop before, and the idea of losing ourselves to dance is still fresh for many of us.

In the last year or two, things have picked up even more quickly, and new people are entering the EDM scene at an unprecedented pace  —  almost too fast to keep up with its own growth, especially at large-scale, popular, “entry-level” events. The tone being set at these events is not one of control and self-reliance, but of Dionysian excess. Cultural mores around being “too fucked up” have largely dissolved, and efforts to educate and take care of one another are minimal at best. Attendees aren’t being sold on the music anymore; they’re being sold on the party experience. Electric Zoo was particularly sad proof of this; despite organizers' putting forth their best efforts to keep everything under control, the culture itself has changed. Now that excess is becoming deeply embedded in dance at a cultural level, it's becoming increasingly difficult for organizers to keep events safe.

Some people drink as a fun supplement to whatever else they’re doing. They are usually in control of their actions; they’re drinking, but drinking isn’t the activity in and of itself, and they remain self-reliant throughout the course of the night. Then there are those who are drinking for the sake of drinking. The end game is to get as drunk as possible, to black out, to lose control.

Mainstream coverage of dance culture right now is far too black and white, and it scares me that the general public might start to see the entirety of that culture as a dangerous drug hotbed. In reality, for many people it’s a near-spiritual source of release and community, with or without drugs (it’s both cheesy and amazing how many parallels one could draw between what people seek in rave and religion).

It also scares me that in a world where security can already be pretty tough, we might see increased crackdowns. In my experience, it’s usually the places with the strictest security that see the most problems. Events tend to be safer when they exist off the grid and encourage radical self-reliance, emphasizing self-control as a core tenet of their culture instead of as an afterthought.

I think it’s important for those of us who are involved with dance culture to acknowledge that drug use happens, but also to encourage people to enjoy dance music sans chemical aid and to share information on how to use drugs as responsibly as we can. Organizers need to work not only to crack down on drug use, but also to foster a culture where it doesn’t feel like a necessity. Let’s not regress to an abstinence-only mode of education for something that’s only going to become more common as the influence of dance culture grows.

Anonymous is a tech and music writer interested in the sociology of dance culture.