Newsflash: Syria and the debt limit are different things! 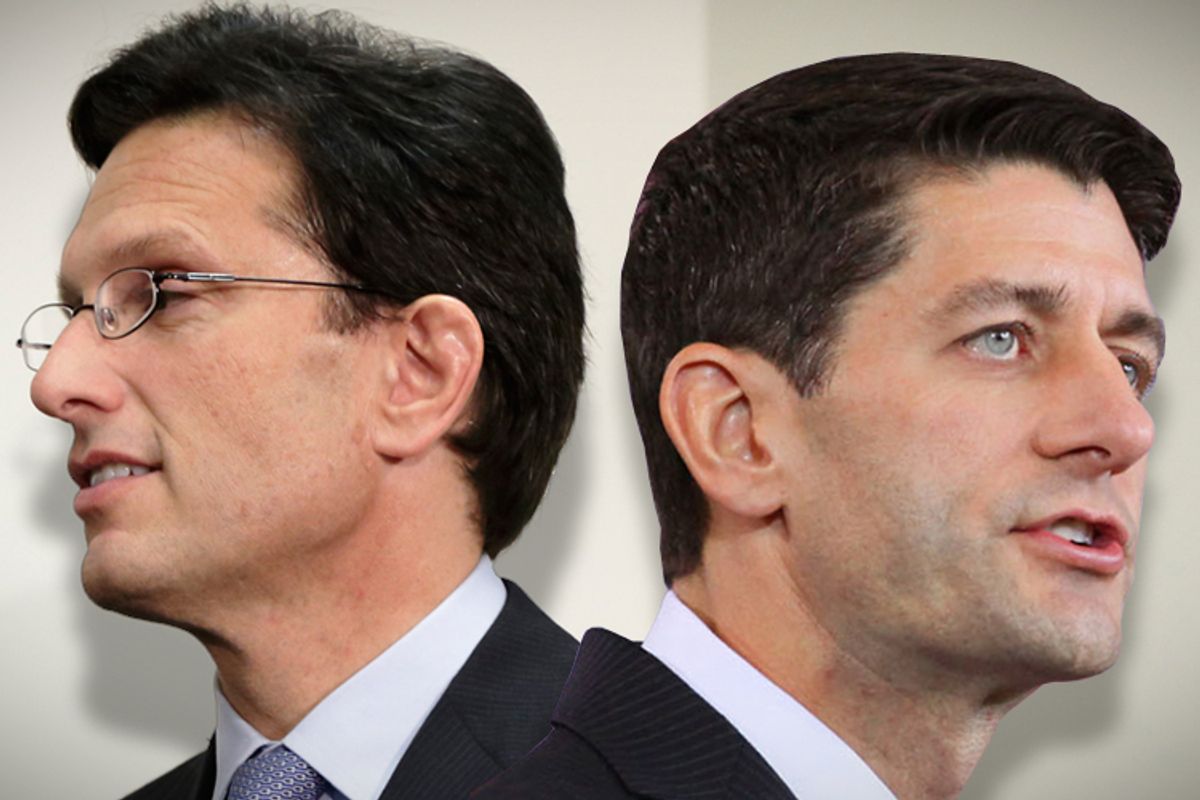 Congress wasn't supposed to be back in session this week anyhow, so the debate over Syria can't be accused of eating into the legislative calendar just yet. But starting next week it will begin eating up days Congress was supposed to spend bickering over funding the government and increasing the debt limit.

Does it even matter, though?

I've heard and read a few suggestions that a rancorous debate over attacking Syria will make it harder for congressional leaders to corral majorities for avoiding a government shutdown and not defaulting on the national debt. Not just because some members will feel less inclined to take tough votes after being forced to weigh in on Syria, but because the debate itself will shrink the already small window Congress has to debate contentious budget issues.

I don't think either of these issues will make much of a difference in other pending congressional business, if any at all.

For starters, just like authorization to attack Syria isn't anything at all like the farm bill, it also isn't anything at all like the debt limit. The Syria votes will test members' ability to place their consciences and districts ahead of their instinctive political biases. If it fails, it'll fail because our democracy rejected it. The debt limit, by contrast, will test the GOP's ability not to harm the country on purpose.

What I mean by all that is I don't think that the roll call votes members will ultimately cast when it's time to fund the government and increase the debt limit will look much different than they would have in absence of an unexpected fight over Syria.

Unless, that is, the Syria debate (and any potential ensuing military action) make doing all that basic governing stuff easier. If the Syria debate eats up most of the House's nine remaining legislative days, it'll actually help House Speaker John Boehner extend funding for the government. His internal antagonists won't have enough time to organize.

And if the Syria debate touches off military action that lasts more than a week or two, Boehner will be able to make a compelling case that Congress should delay a debt limit fight at least until the strikes are well behind us.

By contrast, Congress could squash Obama's Syria plans in short order, and then return to its regularly scheduled programming. There's just no reason to think these debates intersect.