Private preschool is a racket

Preschool's unaffordable for so many kids, but it's a necessity for all 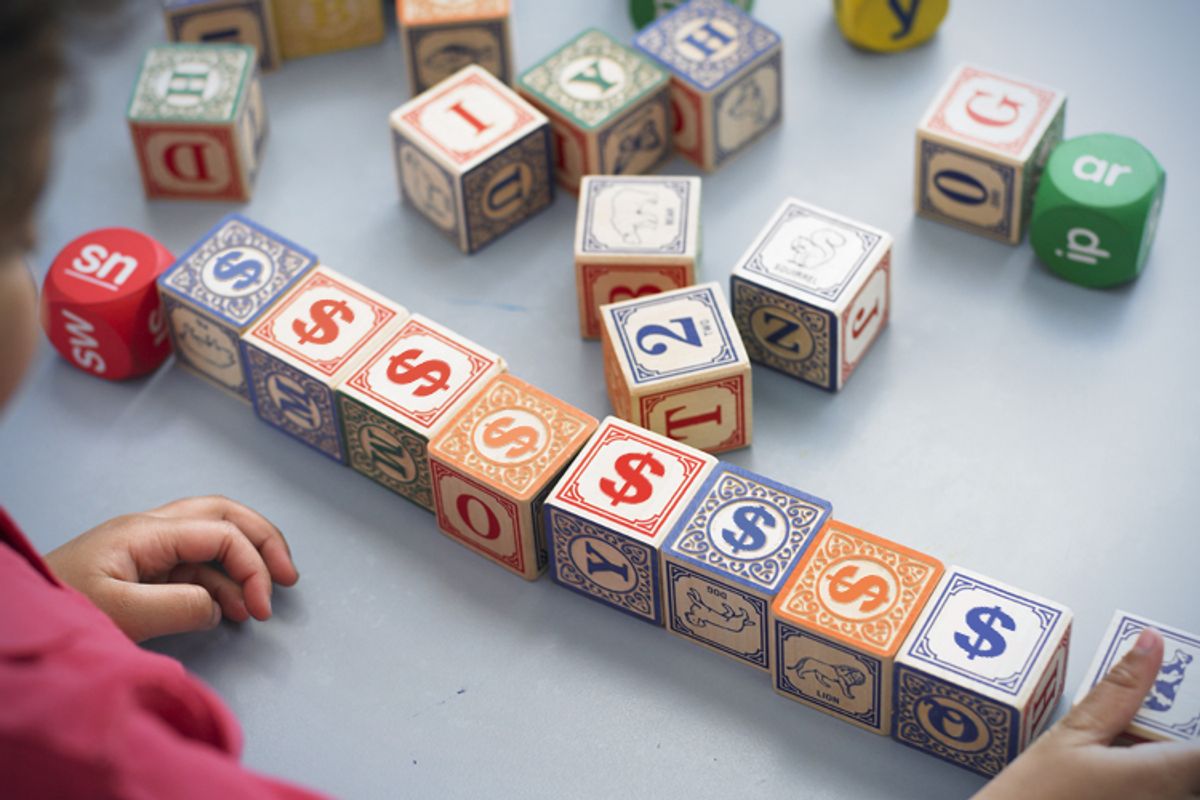 Last summer, just before my daughter's second birthday, her father and I visited and priced two daycare facilities -- or what we thought were daycare facilities. The first turned out to be a family-owned private school that admitted "students" aged infant through third grade. As we toured the place, scattered into a series of houses at the end of a gated, no-outlet street, I was increasingly ill at ease. This facility and its rigors -- no half-day options; tiny monochrome uniforms; a rigid curriculum and forlorn little ones -- made me shudder.

I couldn't imagine leaving our daughter there all day at age two -- even if its three-year-old classes knew how to pronounce and identify amphibians. But then, I didn't need to. As a mostly work-from-home mom, I just wanted her socializing for a few hours a day and learning in a more structured environment than she did in the home I share with my mother and grandmother. If things had been different -- if I, as an unmarried mother, lived alone in a city where free childcare from a trusted family member were not an option, I would certainly have to avail myself of a school like this one, where children are kept for the eight-to-ten hours a day that their parents work.

The cost, under those circumstances, would have been considerable.

Well before the private school's owner took us up to her office and pushed the tuition quote across the table like a used car salesman, I knew my two-year-old wouldn't thrive there. The other place we visited -- a warm, friendly, far less stark facility -- might have been an option, if not for the fact that, at 2-3 days a week, it cost as much as the 8-hour-a-day kid factory: about $30,000 a year.

Private preschool is a disturbing kind of racket. Even as it may be priced as highly as one year at an elite four-year college, its educational standards and practices vary widely between institutions. Working parents who struggle to pay for basic childcare -- without instruction included -- face a bill that can as much as double, if they want their child to actually be taught a structured curriculum before the age of five. It’s a conundrum President Obama sought to address in his proposal of Preschool Development Grants, to be implemented during the 2014 fiscal year for the purpose of both funding and regulating preschool programs.

Countless studies have shown that preschool education is critical -- particularly for lower-income families -- in preparing children for later academic and professional success. But because lower-income families cannot always afford its considerable cost, their children are being priced out of school readiness.

Ultimately, my daughter’s father (who splits the cost of care) and I decided we'd wait it out a while longer, keeping our daughter at home. I agreed to teach her, along with my mother, as best I could between also teaching college freshmen, freelance writing, and performing whatever other part-time work I could to make ends meet.

In the year that has followed, I began to notice my daughter’s language skills lagging. Her speech was muddled; though I could understand about sixty percent of the words she said, strangers could understand far less. She didn’t follow very many directives without gesturing, and it was unclear how much of what I said to her was fully understood. At her pediatrician’s behest, I had her assessed through a county-funded program. The results indicated a learning and development difference.

Because of this diagnosis, she qualified for an Individualized Education Plan (IEP), which has allowed all of us -- special educators, parents, extended family, and caregivers -- to receive instruction that will better prepare her for public school success. Under the Individuals with Disabilities Education Act, an IEP is free to implement, whether a child is insured through the state or through private policy.

Yesterday was my three-year-old’s first day of preschool. She will attend three days a week for two hours a day, receiving special instruction that will help her navigate her speech and hearing challenges. As I watched her strut confidently away from me, her tiny hand nestled in her teacher’s larger one, I thought about how grateful I am that programs like the one in our county of residence exist for children with specific learning challenges. Affording preschool would not have been an easy task without it.

But how unsettling it is to realize that, under many circumstances, a child must be diagnosed with a speech, behavioral, or sensory impairment to receive free early education. How disturbing it is that families must have their children scrutinized, prodded, assessed, and labeled in exchange for a few hours of structured pre-kindergarten instruction. In truth, all children have specific learning challenges that necessitate beginning their academic journey as early as they can, in order to have the best possible chance at long-term school success.

Those challenges may not be cognitive or physical. They may be economic, environmental or emotional -- of the type that so often go undetected or unacknowledged. Early education should be freely afforded, regardless of children’s economic privilege or academic disability. If we are ever to become a country that truly lives up to its tenets of “liberty and justice for all,” educational justice must extend to the felt boards and jungle gyms, as well as the wide halls of government and commerce.