Study proves that politics and math are incompatible 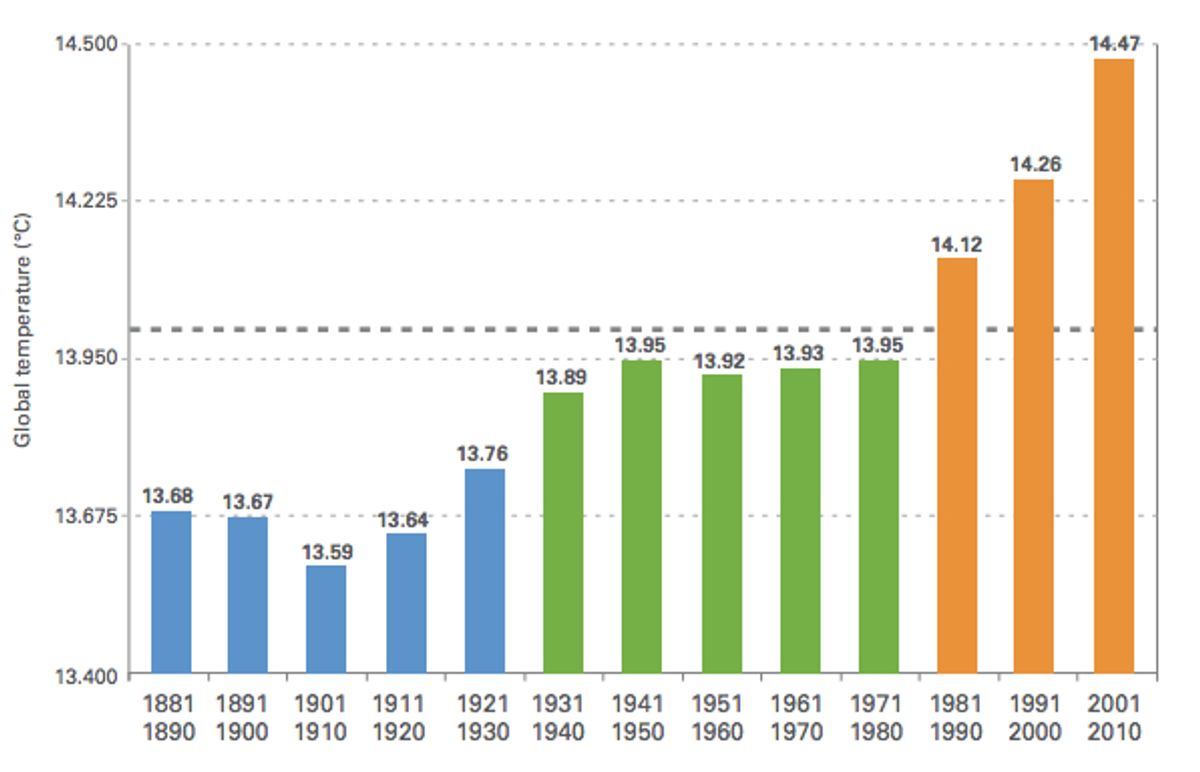 It's hard to look at climate change deniers as being anything other than willfully ignorant. The numbers are right there: As surely as greenhouse gas emissions are rising, so are global temperatures. To discount all that is to choose to be stupid.

But according to Yale law professor Dan Kahan, it's easier than we think for reasonable people to trick themselves into reaching unreasonable conclusions. Kahan and his team found that, when it comes to controversial issues, people's ability to do math is impacted by their political beliefs.

The study pitted over 1,000 participants against a tricky math problem. In one version, the question involved a clinical trial of a skin cream that sometimes helped heal rashes, and sometimes made them worse. Using a set of raw data, the participants had to do some complex calculations to decide whether or not the cream was effective. It was difficult enough that 59 percent of the participants got the problem wrong.

Then things got interesting. The researchers took the same exact question and reframed it. Now, instead of being about skin cream, the numbers in question referred to the effectiveness of concealed carry laws. And this time, whether or not people got the question right depended on their political beliefs -- and whether or not the correct answer supported their preconceived notions of gun control.

This chart shows how dramatic the change was. Conservative Republicans were much less likely to correctly interpret data suggesting that a gun ban decreased crime in a city; for liberal Democrats, the exact opposite was true. The people who were normally best at mathematical reasoning, moreover, were the most susceptible to getting the politically charged question wrong: How is it possible for people to just suddenly lose the ability to do math like this? Mother Jones spoke with Kahan, who has two theories for what might be happening here:

Either they're intuiting an incorrect answer that is politically convenient and feels right to them, leading them to inquire no further—or else they're stopping to calculate the correct answer, but then refusing to accept it and coming up with some elaborate reason why 1 + 1 doesn't equal 2 in this particular instance. (Kahan suspects it's mostly the former, rather than the latter.)

Regardless of the cause, they write, just knowing that it's happening should make us stop and rethink the way we use data to justify political positions:

For study author Kahan, these results are a fairly strong refutation of what is called the "deficit model" in the field of science and technology studies—the idea that if people just had more knowledge, or more reasoning ability, then they would be better able to come to consensus with scientists and experts on issues like climate change, evolution, the safety of vaccines, and pretty much anything else involving science or data (for instance, whether concealed weapons bans work). Kahan's data suggest the opposite—that political biases skew our reasoning abilities, and this problem seems to be worse for people with advanced capacities like scientific literacy and numeracy. "If the people who have the greatest capacities are the ones most prone to this, that's reason to believe that the problem isn't some kind of deficit in comprehension," Kahan explained in an interview.

So maybe we can give climate deniers the benefit of the doubt. They're not stupid, they're just psychologically committed to their beliefs, in the same way that environmentalists are committed to their own ideology. And it means that just showing them the numbers is never going to be enough to convince them that climate change is real.