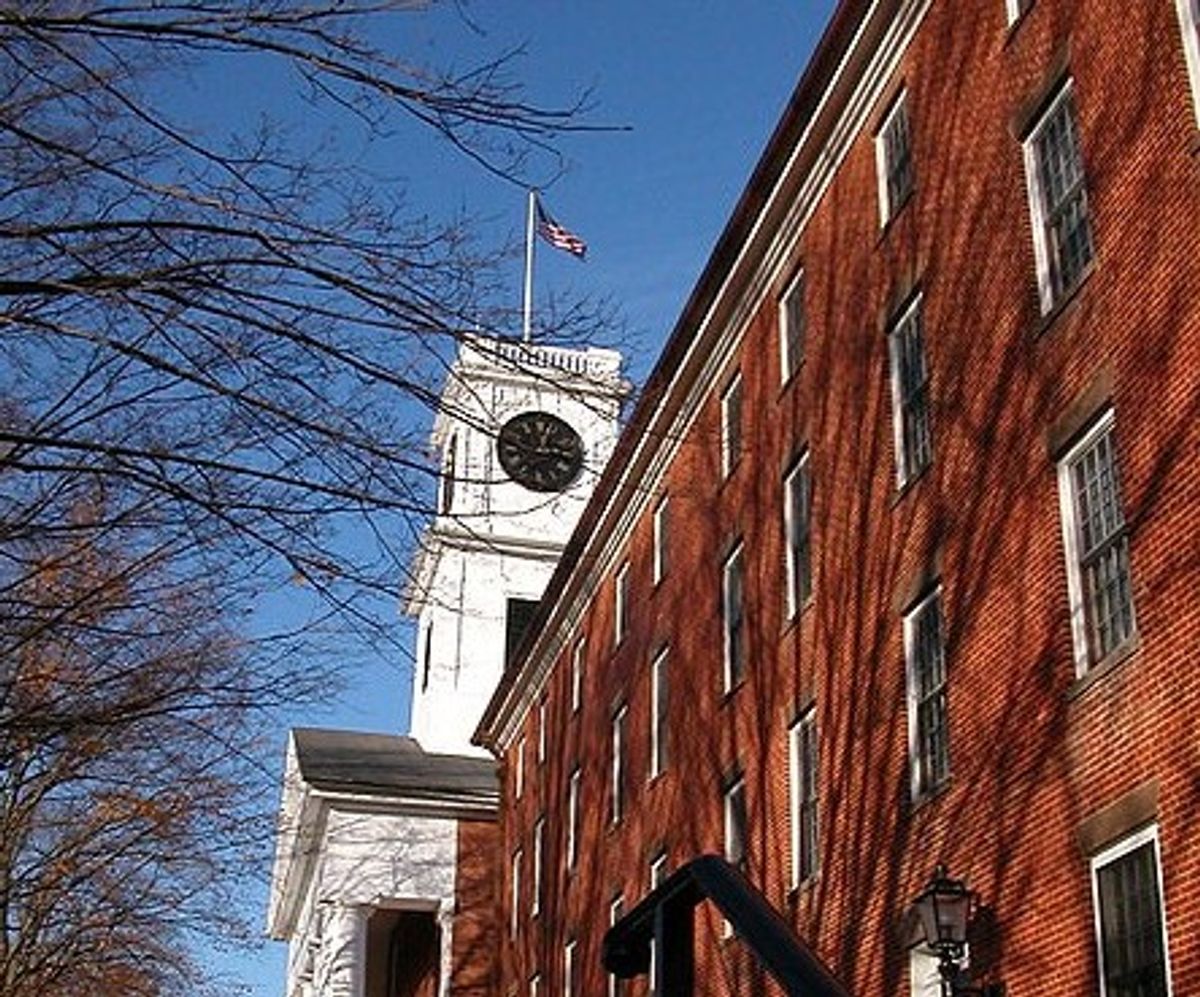 I want to discuss the part of it that seems most tailored to containing costs, which is creating new higher education metrics to compare schools. These metrics will be created by 2015, which will be used to determine access to federal dollars such as student loans and Pell grants by 2018.

From the fact sheet, the to-be-determined rankings will be based on three things: access, affordability, and outcomes. Access includes “percentage of students receiving Pell grants,” affordability includes “average tuition, scholarships, and loan debt,” and outcomes includes graduation rates and earnings.

Here are my initial thoughts as I try to understand this. The tl;dr version is that it is important that these metrics are used to drive down private costs relative to public, expose administrative bloat, put pressure on the states, and bring accountability to the for-profits. If they don’t do that, they’re a waste on the cost-containment front. Now, here are six more detailed points to consider about how the metrics will be implemented and what effects they will have:

1. The Goals Will Run Counter to Each Other. The efforts to increase graduation rates and have better post-graduation outcomes may require more spending by colleges. Some colleges in each of the meta-categories are likely to be booted for bad performance, or the metrics will make attending the worst-performing colleges so expensive as to drag them into a death spiral. Good as that may be for education, it will collapse the supply of higher education in the short term, putting more price pressure on existing institutions.

Which is to say that we should distinguish efforts to increase quality through access and outcomes from efforts to contain costs. Students graduating on time will make colleges de facto more affordable, and perhaps that is mainly what the president is looking for.  But that is not entirely cost containment.

2. The Student-Consumer or the Government? What’s different here? As Sara Goldrick-Rab and othersargue, one reason cost containment has failed in the past “may stem from the financial aid system’s strong focus on the behaviors of ‘student-consumers’ rather than education providers.”

It’s not clear to me why empowering these “student-consumers,” who go about rationally analyzing disclosed data in the marketplace for education, would give them the ability to make the demands necessary to contain costs at universities as a whole. One could see them driving out obviously underperforming institutions from the landscape, but it’s much harder to imagine them forcing institutions to contain costs, at least without political struggle.

Students themselves are quite aware of the increasing costs in the past few years, with endless “click here to know what you are borrowing” measures that likely don’t do much. There’s really little evidence that an additional range of disclosures would make the institutions here more accountable or force them to contain their costs.

Which is to say that we should focus less on disclosure and the consumer regime for cost containment, and more on how the government will force changes itself by making aid less available unless an affordability metric is met.

3 The Obvious Information to Disclose. Talking about “the problem of higher education costs” is a major category error, as they vary by institution. The factors that cause community colleges to raise tuition (decreasing public support) are different than those facing for-profits (maximizing aid extraction) or private not-for-profits (maximizing prestige and consumer experience).

Consistent across all of these is the idea that increasing administrative costs are a major driver of costs. This strikes me as the obvious, and perhaps only, metric where the consumer-student could force containment and best practices.

So a very obvious thing to inform consumers of is “how much of my tuition goes to instruction?” If consumer-students want to force down football coach salaries and investment in extravagant non-instructional benefits, this is the most obvious way to do it and can be plastered across every disclosure form.

(Another question I think is important, which would be great to deal with for-profits, is to disclose “how much of my tuition will be paid out to shareholders?” Consumers may or may not be happy with paying extra to build a more gigantic football stadium; they are probably not happy paying money that leaves the educational institution entirely.)

4. Taking on Private Universities. It’s worth noting here that these metrics will be applied to private schools as well, using all of the government’s Title IV money (grants and student loans and everything else) as the leverage. And this is probably the major challenge, as private schools will not like this, and they have a lot of political coverage. Who among the elite hasn’t gone to a prominent private university?

In a recent editorial on these new metrics, Sara Goldrick-Rab notes the danger that President Obama will “cave to the private higher-education lobby.” For if private higher education’s “expenses are so merited, we should see bigger gains at private elites than at we do at less-expensive institutions, not just higher graduation rates. None of that is happening now.”

I’m curious how the metrics will “compare colleges with similar missions.” Will they compare public schools and private schools on the issue of cost containment at a given a level of quality? They should, as directly funded public options can drive down the costs of privately allocated goods, but if they do, that will necessarily put a lot of pressure on private schools.

Interestingly, this could lead to a situation where private universities just leave the federal support system. Harvard, for instance, could just say “forget you” to the federal government and fund whatever aid it wants out of its own endowment. This move might split reformers, even though it would likely be for the best.

5. Taking on the States. This is the most incoherent part of Obama’s pitch about the metrics. In the fact sheet, President Obama noted that “[d]eclining state funding has forced students to shoulder a bigger proportion of college costs; tuition has almost doubled as a share of public college revenues over the past 25 years from 25 percent to 47 percent.” Yet at the same time he talks about bloat and waste as drivers. Both could be true, but if the first is a main driver then individual rankings of schools will have a problem.

One way to balance this would be to rank states themselves alongside schools. Demos proposes “an additional ratings system: why don’t we rate state legislatures on their per-student investment in higher education?” This could be useful in giving people in different states a much better sense of what their public higher education looks like. Crucially, it would also adjust for the fact that state education systems function as a continuum with multiple levels and transfers up and down the educational ladder.

6. Political Battles. A lot of commentators are arguing this is a battle between President Obama and liberal professors, so it is unlikely to trigger GOP opposition. I’m not sure about that. The real people who will disproportionately end up in the crosshairs if this is done well, as listed above, are (a) administrators taking inflated salaries, (b) private and flagship schools that provided little value at very high costs, and c) for-profits.

I think Josh Barro misses that for-profit schools are a major GOP constituency. George W. Bush’s Assistant Secretary for Postsecondary Education, Sally Stroup, was a former University of Phoenix lobbyist, and led a successful effort to remove restrictions on for-profit schools. On the campaign trail, Mitt Romney name-dropped a for-profit school that happened to donate to him. Insofar as the Obama administration will try to use these metrics to get a second bite at curbing the for-profit industry as it failed to do in its first term, that will set off alarm bells.

Meanwhile, as noted above, basically every elite within 100 yards of D.C. politics, particularly in elite media and Democratic politics (e.g. “He was my professor actually at Harvard”), functions like a member of a private higher education lobby. How will they react if the hammer comes down there?

There’s a lot of emphasis on getting poor students on Pell grants into high-end schools. That is a good goal. However, the issues with costs and higher education go far beyond this and affect families who are not rich but don’t qualify for means-tested aid. They are the ones who will increasingly demand cost containment.

Something will eventually give. The question remains as to whether or not these metrics will be used to drive down private costs relative to public, expose administrative bloat, put pressure on the states, and bring accountability to the for-profits. If they do, it’s a positive sign; if not, a waste or worse when it comes to cost containment.