The magazine's editors came out as pro-genetically modified foods 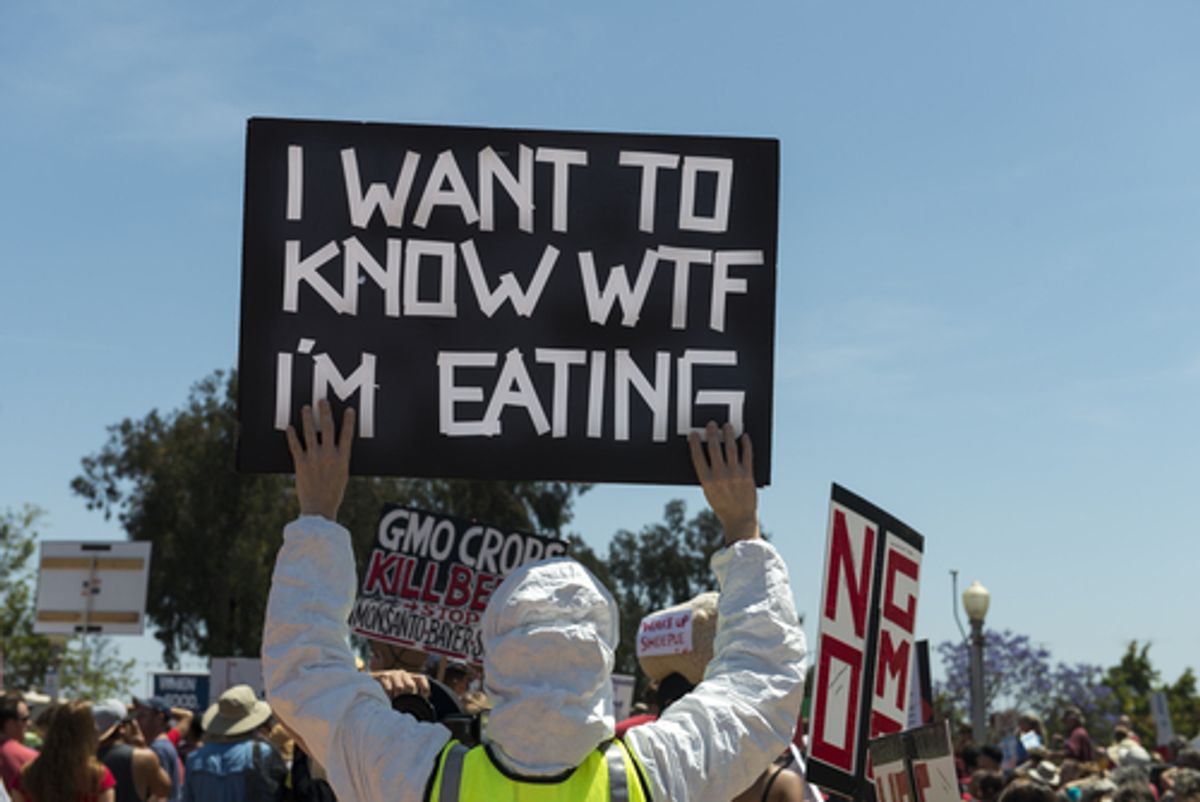 Protesters in Balboa Park as part of a global series of marches against the Monsanto Co. and genetically modified foods on May 25, 2013 in San Diego, California. (justasc/Shutterstock)
--

Adding to the growing contention that to be anti-GMO is to be anti-science, Scientific American is throwing its support behind the technology. In their most recent print issue, the editors of the long-running popular science magazine penned an unsigned editorial endorsing the development of genetically modified organisms (GMOs) and arguing against mandatory labels for GMO food.

GMOs, the editors argue, have been deemed overwhelmingly safe by the American Association for the Advancement of Science, the World Health Organization, the European Union and the Food and Drug Administration. Far from being in the interest of consumer choice, mandatory labeling, which passed this June in Connecticut and Maine, limits our options. As proof, the editors point to Europe, where retailers, fearing backlash from consumers, have all but eliminated GMOs from their products. They don't see this as something worth celebrating:

Americans who oppose genetically modified foods would celebrate a similar exclusion. Everyone else would pay a price. Because conventional crops often require more water and pesticides than GMOs do, the former are usually more expensive. Consequently, we would all have to pay a premium on non-GMO foods—and for a questionable return. Private research firm Northbridge Environmental Management Consultants estimated that Prop 37 would have raised an average California family's yearly food bill by as much as $400. The measure would also have required farmers, manufacturers and retailers to keep a whole new set of detailed records and to prepare for lawsuits challenging the “naturalness” of their products.

A few weeks back in The New York Times, Amy Harmon published a reported piece that was largely sympathetic to the efforts to develop Golden Rice. This came after protestors in the Philippines had recently torn apart several test fields of the crop. The editors of Scientific American endorse that project as an important solution to malnutrition in the developing world:

To curb vitamin A deficiency—which blinds as many as 500,000 children worldwide every year and kills half of them—researchers have engineered Golden Rice, which produces beta-carotene, a precursor of vitamin A. Approximately three quarters of a cup of Golden Rice provides the recommended daily amount of vitamin A; several tests have concluded that the product is safe. Yet Greenpeace and other anti-GMO organizations have used misinformation and hysteria to delay the introduction of Golden Rice to the Philippines, India and China.

The future of GMOs in the developing world, they write, depends on public support and funding. And as 20 states weigh legislation that would mandate labeling, their status in the U.S. is uncertain. To oppose GMOs at this crucial point, they are the latest to argue, would be a mistake.