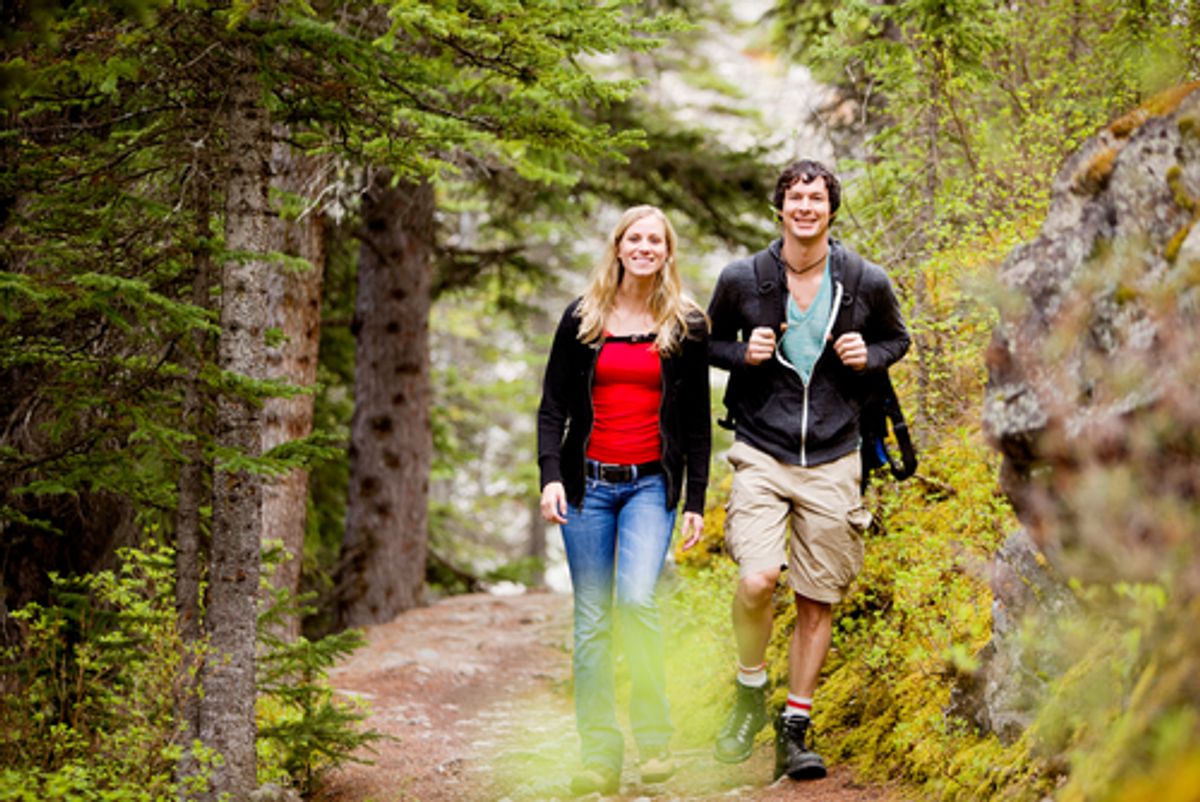 Only one in five visitors to the United States' national parks is not a white person, according to a 2011 study. Or, as a New Jersey resident of Dominican and Puerto Rican roots who was invited Olympic National Park on a minority outreach initiative told The New York Times, “We’ve been here for two days, walking around, and I can’t think of any brown person that I’ve seen."

The National Park Service, reports the Times, is making a play for minority youth. Partnering with outdoor outfitters and health and fitness advocates, they're trying to figure out ways to convince those who are underrepresented at park sites that nature has something to offer them, too. “We know that if we get them there, it can be transformative,” Jonathan B. Jarvis, the Park Service’s director, said.

In some cases, that effort means making parks more relatable, like by creating monuments to minority figures. It may also mean changing the very appeal of the wilderness. As Ryan Kearney drives home in The New Republic, camping is an activity that manages to be both non-luxurious and prohibitively expensive, just absurdist enough to make it on the tongue-in-cheek list of "Stuff White People Like." The National Park Foundation, writes the Times, is trying to change that definition. For example, they're focusing recruiting efforts at urban youth who "might scoff at the idea of being a ranger in the wild, but could gravitate toward history, science or construction jobs."

Other changes might be more controversial. Making internet widely available could help bring in the new -- including young people of all races -- but park purists would probably be horrified by the idea of remote retreats becoming wireless hotspots. Same goes for live music events.

Most of the people the Times spoke with, though, seem to believe that if they can only get them there, people who've never been exposed to national parks will be inspired to start a lifelong tradition of going back. Thus, a number of programs are finding ways to gather them up and take them there. Parks, they contend, hold universal appeal -- most nonwhite people just haven't discovered it yet.