The solar homes of the future, circa 1975 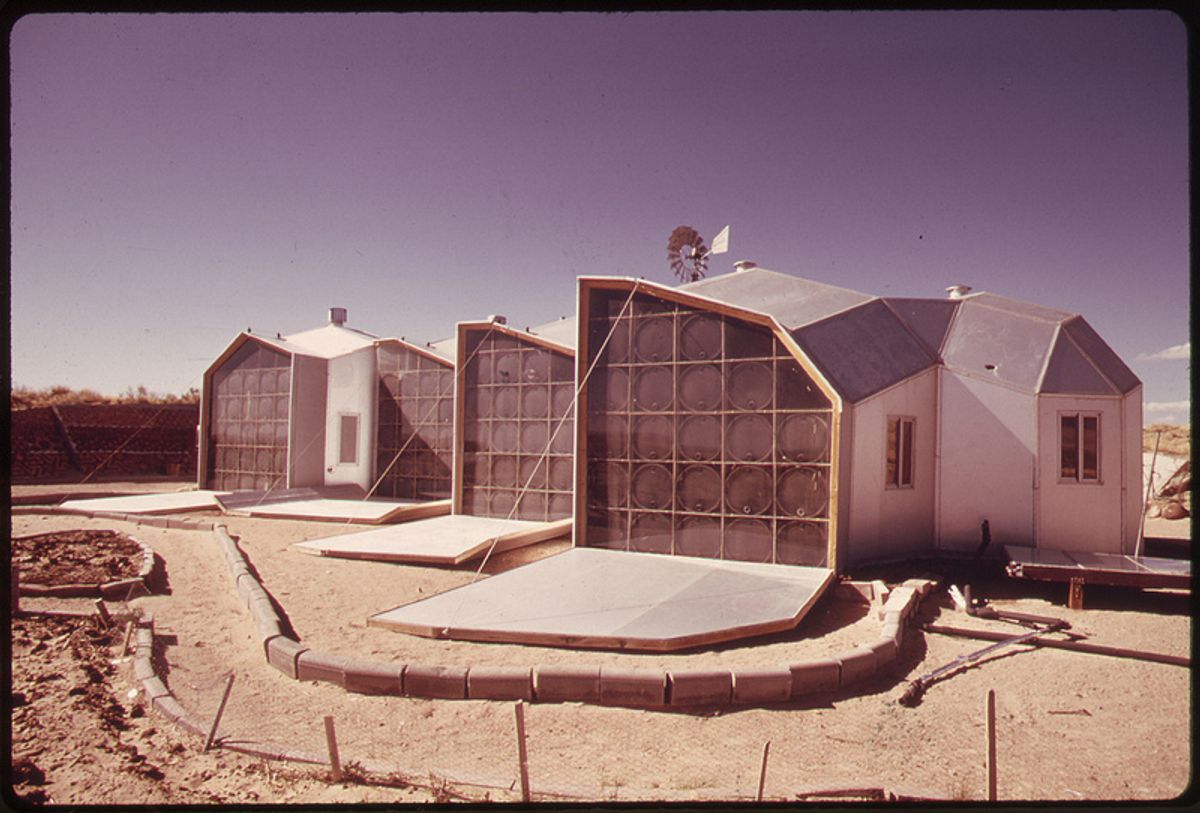 "There was a lot of innovation," photographer Boyd Norton recalls of the pioneers of residential solar technology. "A lot of people trying all kinds of different things, and basically getting them to work."

In the 1970s, the Environmental Protection Agency sent 70 or so photographers to document a broad array of environmental issues throughout the U.S. in a project they called Documerica. The agents captured some of the most pressing concerns of the time -- from polluted cities to contaminated water, from urban youth culture to the daily lives of coal miners.

Also caught on film, though, was a sense of optimism for the future. While on commission, Norton visited solar projects in Arizona and New Mexico. Some were funded by universities and the National Science Foundation, others were backed by corporations like Solaron, the first publicly traded solar company. For the first time, the sun was being used to heat residential spaces. "They were just beautiful," said Norton of the homes pictured above. He then corrected himself: "I mean beautiful in the sense of energy efficiency."

"There was a great deal of enthusiasm," said Norton, who reminisced about the projects from his home in Denver, as we both clicked through a Flickr set of his photos. "Even though, at that time, the technology hadn't progressed to where it is today, there were a lot of very optimistic people that I talked with that said, 'It's going to happen.' And it did."

But it wasn't a straight trajectory from these early experiments to where we are today. When Ronald Reagan came to power at the beginning of the 1980s, said Norton, he killed many of the incentives driving solar innovation. Famously, he even tore President Carter's solar panels off the roof of the White House. The projects captured by Norton shut down, and Solaron went out of business.

Today, solar is back in a big way. The biggest breakthrough to take place since then was the development of photovoltaics, which today allow homeowners to sell the energy they generate back to the grid. The cheaper, more efficient technology has "taken a quantum leap" in the years since, said Norton. It's what's allowed solar panels to become mainstream: Last year a record-setting 16 million panels were installed in the U.S. Below, a look back at the first advances made toward a solar future. (Pictures appear with their original captions.)