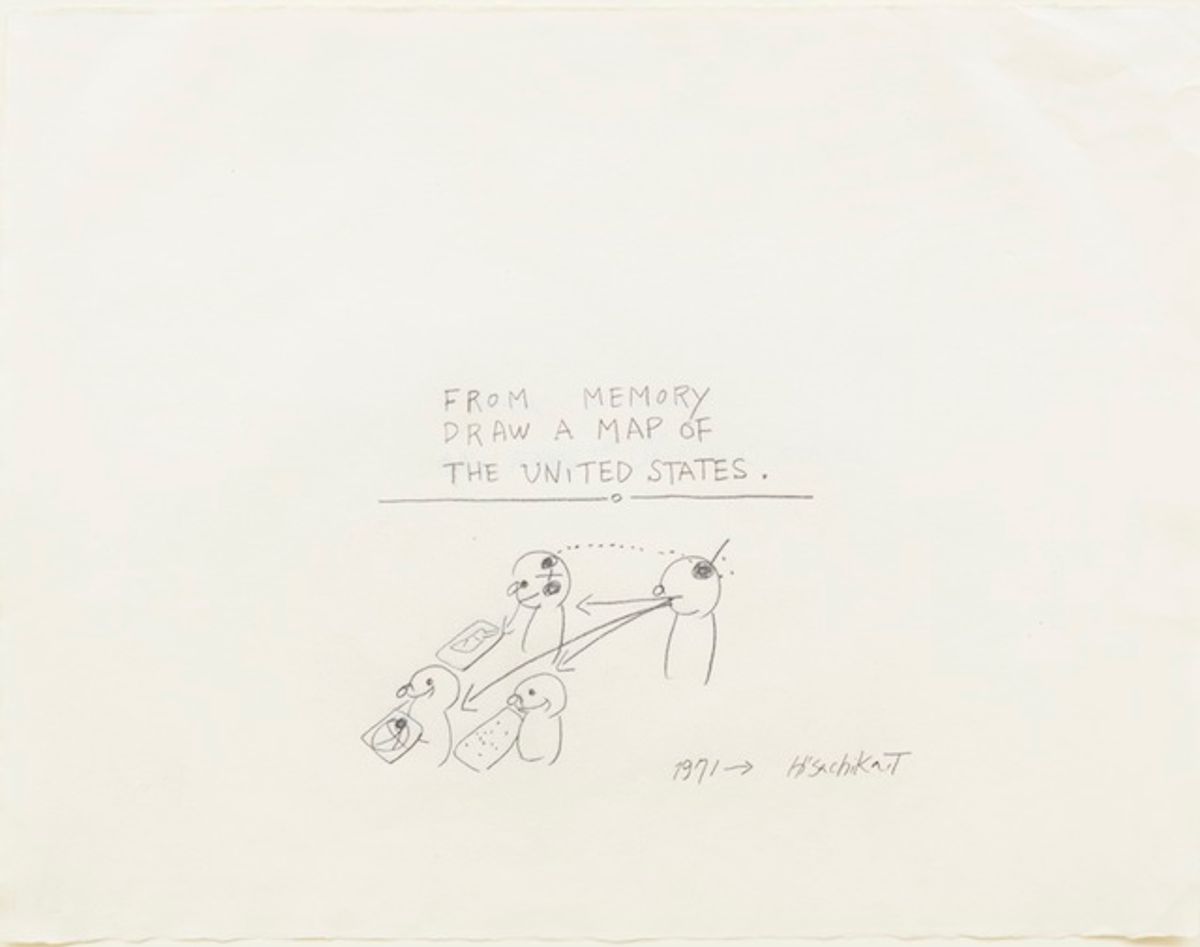 Jorge Luis Borges’ well-known short story “On Exactitude in Science” describes a faded Empire in which a Cartographer’s Guild had attained such fidelity in their trade that tattered maps were perfectly superimposed upon the mouldering ruin of the land itself. An exhibition opening September 13 at Sean Kelly gallery imagines the precise inverse, pairing memory and cartography to explore the abstractions produced when mental and physical space are entwined. The show, titled From Memory, presents a 1971–1972 project by Takahashi Hisachika in which the Japanese artist, then living in New York, asked 22 of his peers to draw the United States from memory.

That group included a number of significant participants, including Jasper Johns, Joseph Kosuth, Robert Rauschenberg, and Gordon Matta-Clark. Each respondent imbued their drawing with the kinks of their memory and the idiosyncrasies of their aesthetic expression, each map a depiction of physical territory as mediated by an indelible and highly personal process of knowing and remembering. From Memory is on view at Sean Kelly gallery (475 Tenth Avenue, Chelsea, Manhattan) from September 13 through October 19, with an opening reception on September 12 from 6–8pm.