The mayoral candidate's multi-racial family supports his campaign. Bloomberg has a problem with that. 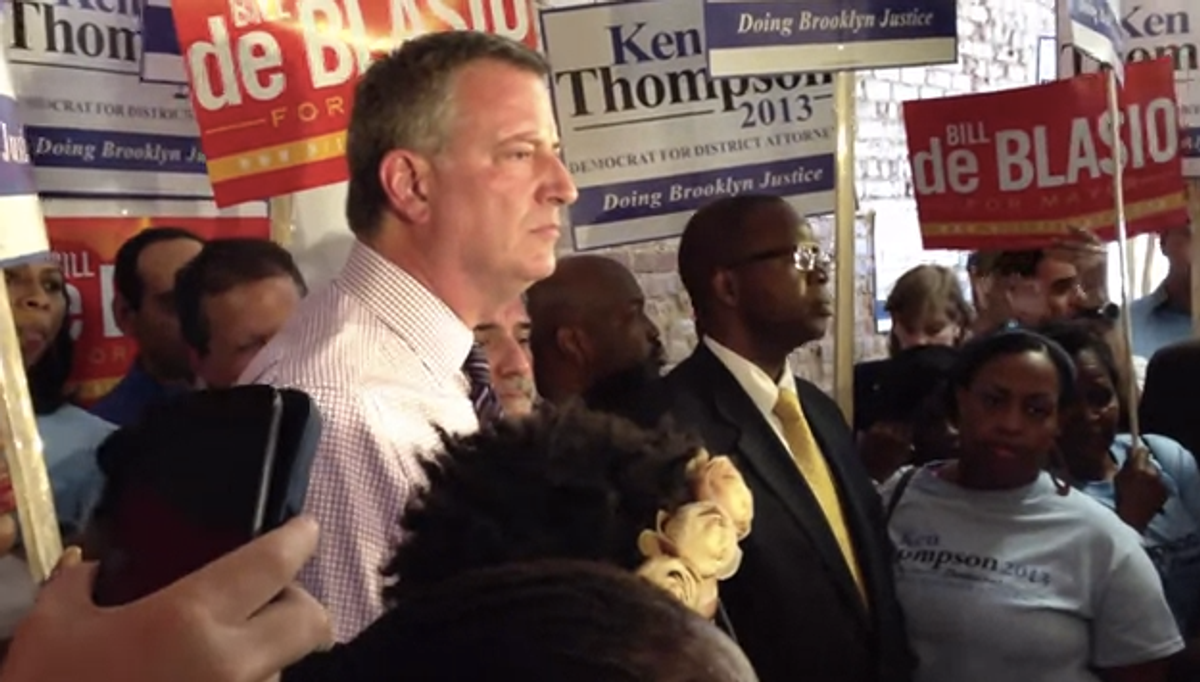 Bloomberg then attempted to clarify, saying, "he’s making an appeal using his family to gain support. I think it’s pretty obvious to anyone watching what he’s been doing. I do not think he himself is racist. It’s comparable to me pointing out I’m Jewish in attracting the Jewish vote. You tailor messages to your audiences and address issues you think your audience cares about."

De Blasio responded to Bloomberg's comments at a rally in Brooklyn Saturday afternoon, saying, "All I can say is, I hope the mayor will reconsider what he said. I hope he'll realize that it was inappropriate, and I think the people of this city are ready for us to move forward together."

De Blasio's daughter Chiara, a college freshman, put it succinctly: "I would say that 20 years ago, my dad did not know he was running for mayor, and he did not seek to marry a black woman to put her on display. Thank you."

McCray added that Bloomberg's comment, in implying that she has no autonomy or free will in his campaign, is also sexist. "Do I look like an inanimate object?" she asked rhetorically. "I walk, I talk, I make my own decisions."