How farmers are ripping off American taxpayers

Federal crop insurance sure has changed since the Dust Bowl 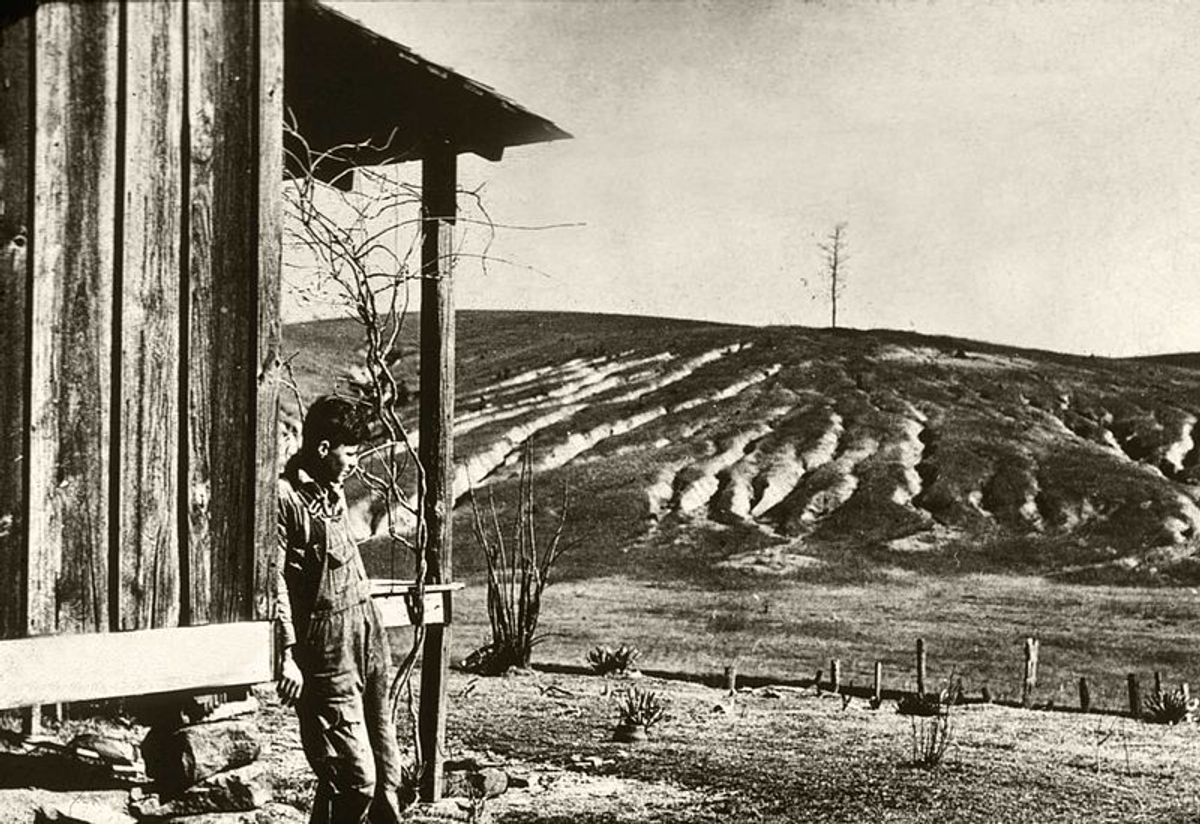 Severely eroded farmland during the Dust Bowl, circa 1930's (U.S. Department of Agriculture)
--

Federal crop insurance was a really good idea during the 1930s Dust Bowl, when many farmers' livelihoods were destroyed by a combination of severe drought and wind erosion. But now, according to Bloomberg News, the program's become "a 21st-century crutch enabling affluent growers and financial institutions to thrive at taxpayer expense":

Taxpayers are helping farmers pay their bills even as farm income this year is expected to top $120 billion, its highest inflation-adjusted mark since 1973, according to the USDA’s Economic Research Service. Farm income has doubled over the past four years thanks to rising land values and surging exports.

In 2011, the median income of commercial farm households -- those deriving more than half their income from farming -- was $84,649, almost 70 percent higher than that of the typical American household.

Even as manufacturers and retailers struggle to rebound from the recession that ended four years ago, farm equity ended 2012 at $2.5 trillion, up 37 percent since the start of the recession in December 2007 -- compared with a less than 1 percent gain in net worth for all U.S. households over the same period.

Last year, the U.S. Department of Agriculture spent $14 billion insuring farmers against the loss of crop and income. If the program continues to expand, it will cost an estimated $90 billion over the next decade, according to the Congressional Budget Office -- and that's assuming droughts don't become more prevalent, as many climate scientists believe they will.

Surely, counter supporters, food security is worth the cost.

According to Bloomberg, though, the program is beset by fraud. And it takes the risk out of farming, leading some farmers to make unwise decisions about land cultivation because, basically, they can't lose. But while both President Obama and his "ideological opposite" Republican House Budget Committee Chairman Paul Ryan appear to be against it, Bloomberg sees the influence of $52 million from farm and insurance lobbies at play in Congress' continued support of the subsidies.