Meat inspector: "We are no longer in charge of safety" 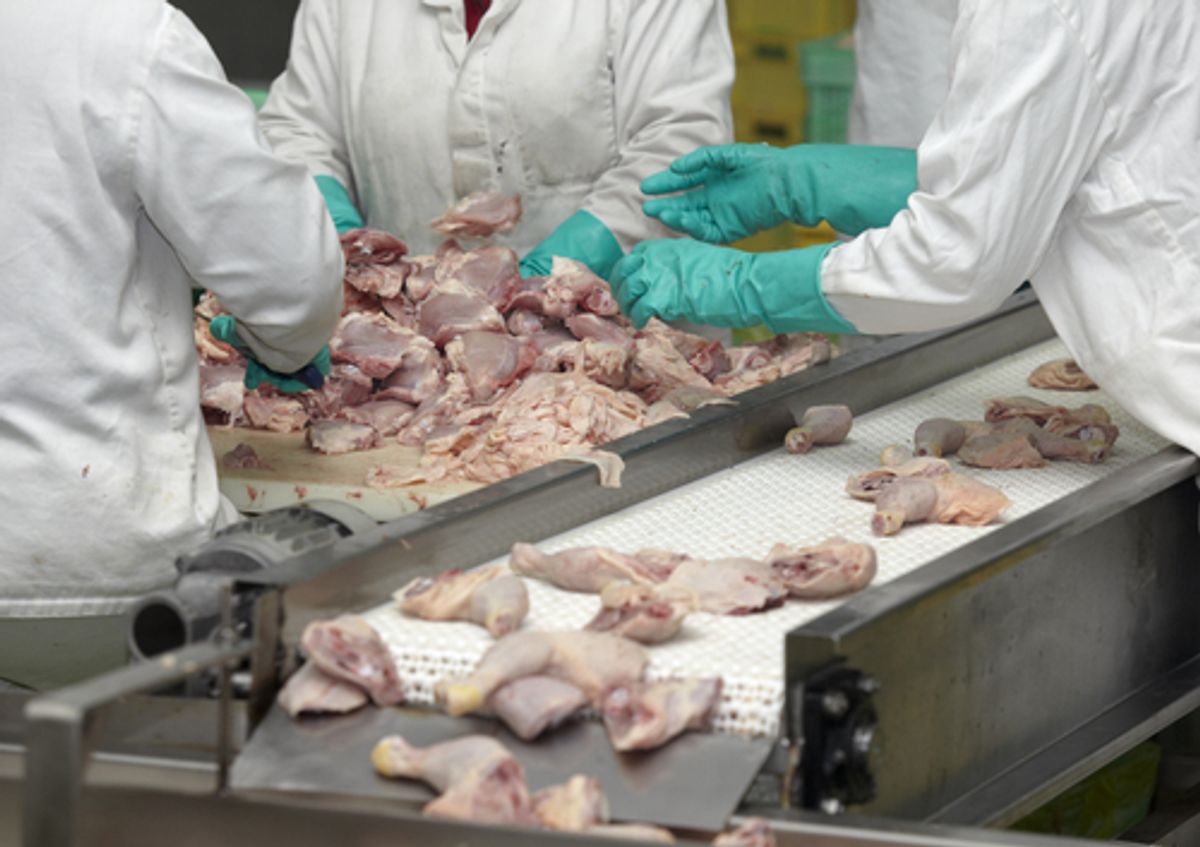 A pilot program meant to identify contamination at meat plants has been failing to do so for the past 15 years. The USDA plans to roll it out nationwide, anyway. From the Washington Post:

The program allows meat producers to increase the speed of processing lines by as much as 20 percent and cuts the number of USDA safety inspectors at each plant in half, replacing them with private inspectors employed by meat companies. The approach has been used for more than a decade by five American hog plants under a pilot program.

But three of these plants were among the 10 worst offenders in the country for health and safety violations, with serious lapses that included failing to remove fecal matter from meat, according to a report this spring by the USDA inspector general. The plant with the worst record by far was one of the five in the pilot program.

This specific fecal matter didn't make it to the mouths of consumers, because government officials caught it at the last minute. But these and other international incidents documented by the Post, including some that weren't caught in time, demonstrate that the program has serious flaws.

In New Zealand, a representative of the inspectors union describes how “tremendous amounts of fecal matter remain on the carcasses," adding, "Not small bits, but chunks.” The Post points out, parenthetically, that "both fecal matter and partly digested food may contain concentrated and complex strains of bacterium such as E. coli and listeria, which can be deadly."

The USDA wants to finalize and then expand the program by next spring, and is considering the same for a similar program that covers poultry plants. First initiated in the late 1990s, it's meant to reduce government inspection costs and ultimately lower the price of meat. But the USDA doesn't seem to have done enough to evaluate the program's safety, and, according to the Post, may be engaged in something of a coverup:

In interviews, six USDA inspectors working in the pilot plants raised health concerns. They spoke on the condition of anonymity because they believed their jobs would be in jeopardy otherwise.

Several said company and government workers are yelled at, threatened and shunned if they try to slow down or stop the accelerated processing lines or complain too aggressively about inadequate safety checks. They also warned that the reduction in the ranks of government inspectors in the plants has compromised the safety of the meat.

“We are no longer in charge of safety,” said an inspector with more than 15 years of experience. “That’s what the public needs to know.”

Maybe, just maybe, the focus on price and efficiency is a bit shortsighted.