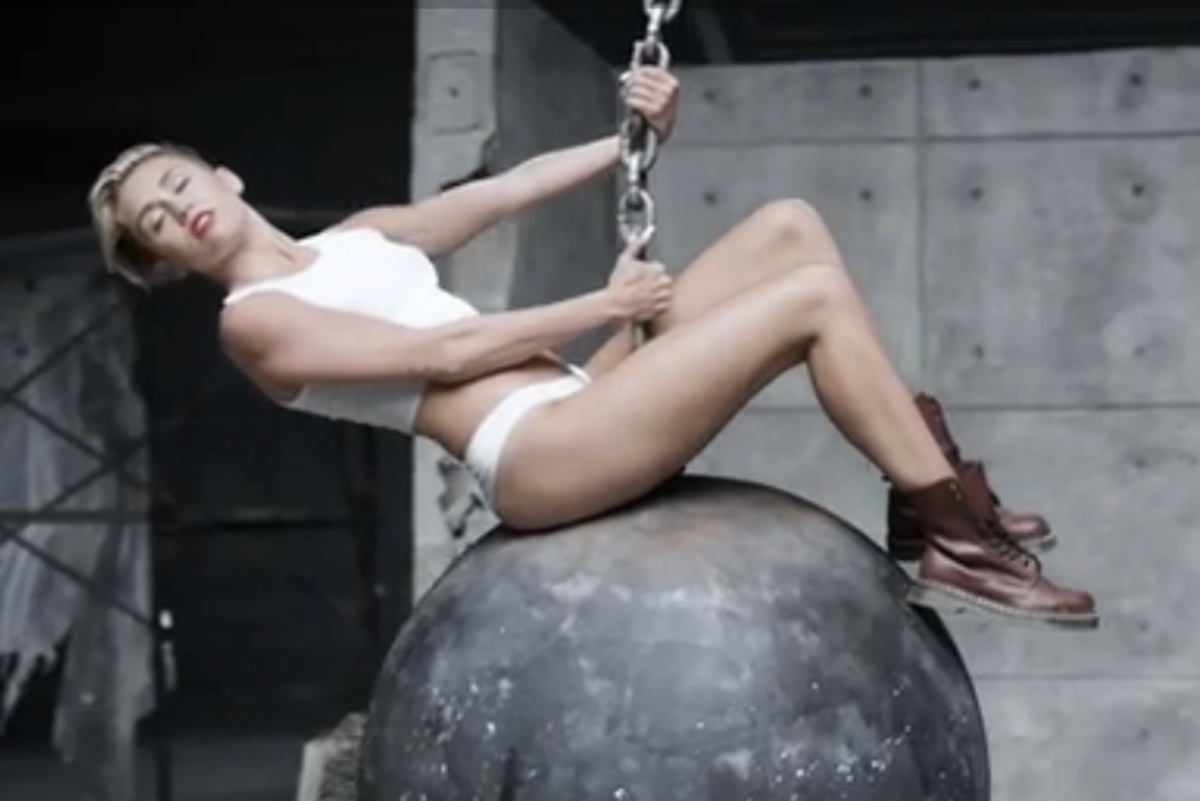 The past few weeks have been a whirlwind for Miley Cyrus: After making history, the 20-year-old booked a guest host spot on "Saturday Night Live," and now has released a Terry Richardson-directed video for her latest single, "Wrecking Ball."

With lyrics about heartbreak, the song peels away some layers beneath the party-girl image that we see portrayed in "We Can't Stop" and at the VMAs. The video opens with a closeup of Cyrus' tear-stained face as she sings, "All I wanted was to break your walls/All you ever did was wreck me."

The vulnerability she expresses in the video (Cyrus appears naked at times, riding the proverbial wrecking ball) shows an increased range of versatility from the pop singer, who has been working very hard to shed the innocent public image she garnered from her Disney days.

"Wrecking Ball" is Cyrus' second single from her album "Bangerz," to be released Oct. 8.