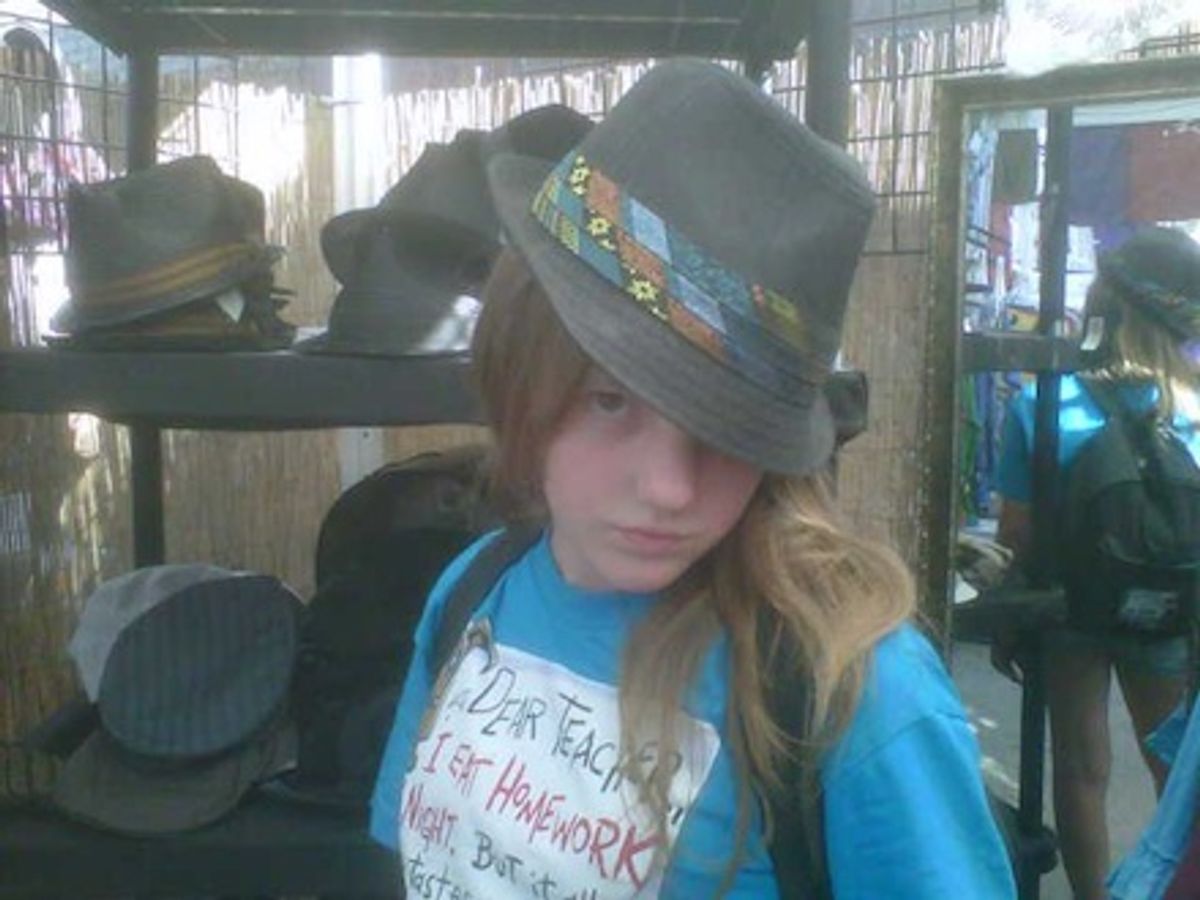 Well, thankfully, she's back to share more of her amazing young brain with the world.

This time, Tuesday has taken on Internet slut-shaming and sexual double standards. On Monday, Cain posted a really thoughtful response to one mom's blog post scolding teenage girls for posting "sexy selfies" and putting bad thoughts in her sons' heads.

More from Tuesday at xoJane:

What is she so afraid of from teenage girls? We're not going to hurt you. Or your sons.

Honestly, I'm not even against the idea that many teenagers do need to be more safe online or that it can be a smart idea to not post provocative pictures, but I really didn't think her blog post was fair. She says "the sultry pout" could morally corrupt her sons? That's crazy. Almost every other picture on Facebook is some girl doing "duckface." I do it in the picture for this post because someone told me to do it because it would be funny. It's on my Facebook. So far it hasn't hurt anyone.

I'm constantly hearing messages -- like what you wrote -- that parts of my body are not to be seen in public because it is not socially accepted. Women are expected to cover up more than men. People try to make us feel bad. That we are "asking for it" or that we have somehow lost our character because we took a picture with our lips pursed? That's crazy and rude.

I have friends who are girls that take pictures in their bikinis and are accused of being sluts. Let's stop the culture of slut shaming.

The bodies of young girls are not dangerous.

But you know what is? Teaching young women they should be ashamed of their bodies.

This response would have been amazing if anyone had written it, but there is a particular power in letting teenage girls speak for themselves about their own experiences, something that, clearly, Tuesday does so well.

You can read the rest (and please do) here.