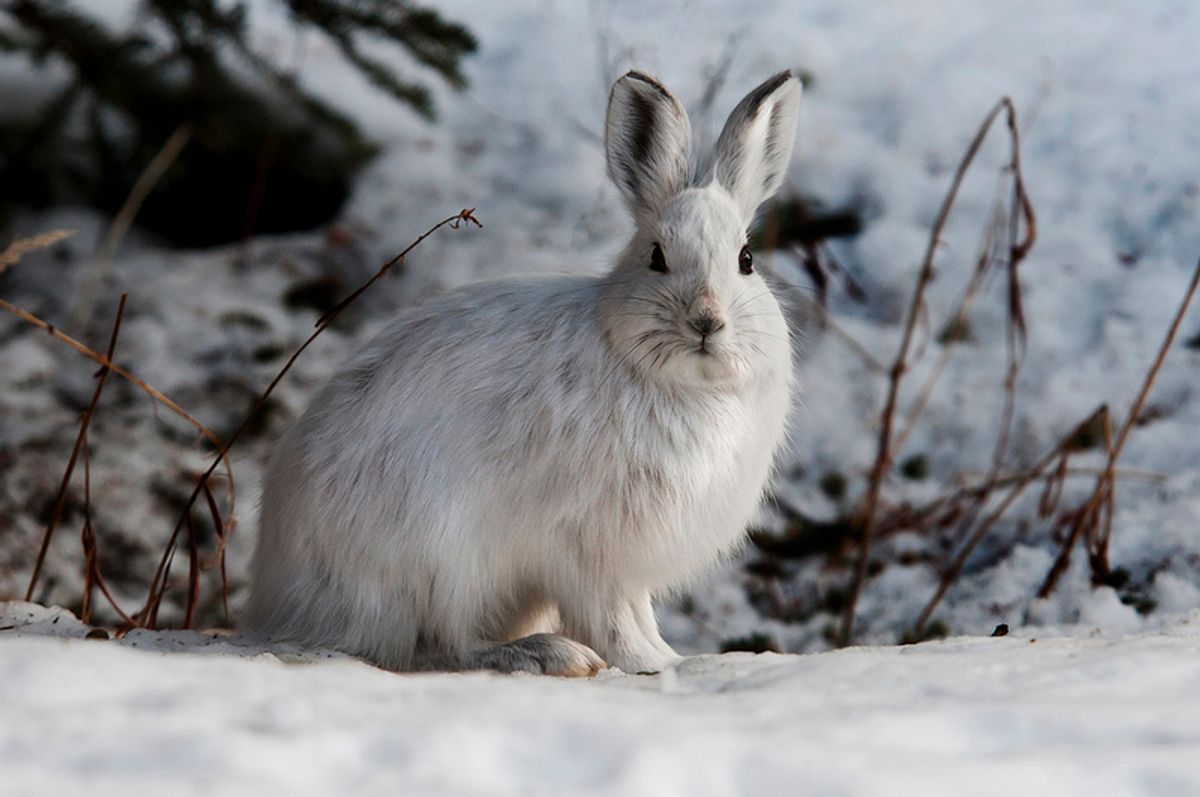 Once upon a time, reports NPR, there lived a little bunny known as the snowshoe hare. The hare was perfectly adapted to the changing seasons. It wore a brown coat during the summer, to better blend in with its forest home in the hills of Montana. And when it came time for winter's snows, the hare changed into a lush, white coat that made it almost impossible to spot.

Life wasn't easy for the snowshoe hare, who sometimes thought of himself as the "cheeseburger of the ecosystem." But although he made a quick and delicious snack for everyone from foxes to squirrels, he did a pretty good job of hiding in plain sight.

Then one day, winters started ending earlier than usual, the white snows melting away to reveal brown soil below. No one told the snowshoe hare about the new dress code. And while the hare was a very good hider, he wasn't the smartest of the forest creatures. The humans who tracked him could easily spot the inappropriately dressed hare, a white splotch on the dark forest floor. "They act like we can't see them," the humans said. "It''s pretty embarrassing for the hare."

Yes, the hare was embarrassed. And he and his friends were getting gobbled up more than ever. It was becoming rare for any of them to survive a full year in this strange new climate.

The hare's cousins in Washington State suggested he follow their cue and stop putting his white coat on altogether. But the hare wasn't sure whether he'd be able to do that in time. After all, the climate in Montana was changing very, very quickly. One thing he knew for sure, though: He probably wasn't going to live happily ever after.