New models "break the association between speed and pollution" 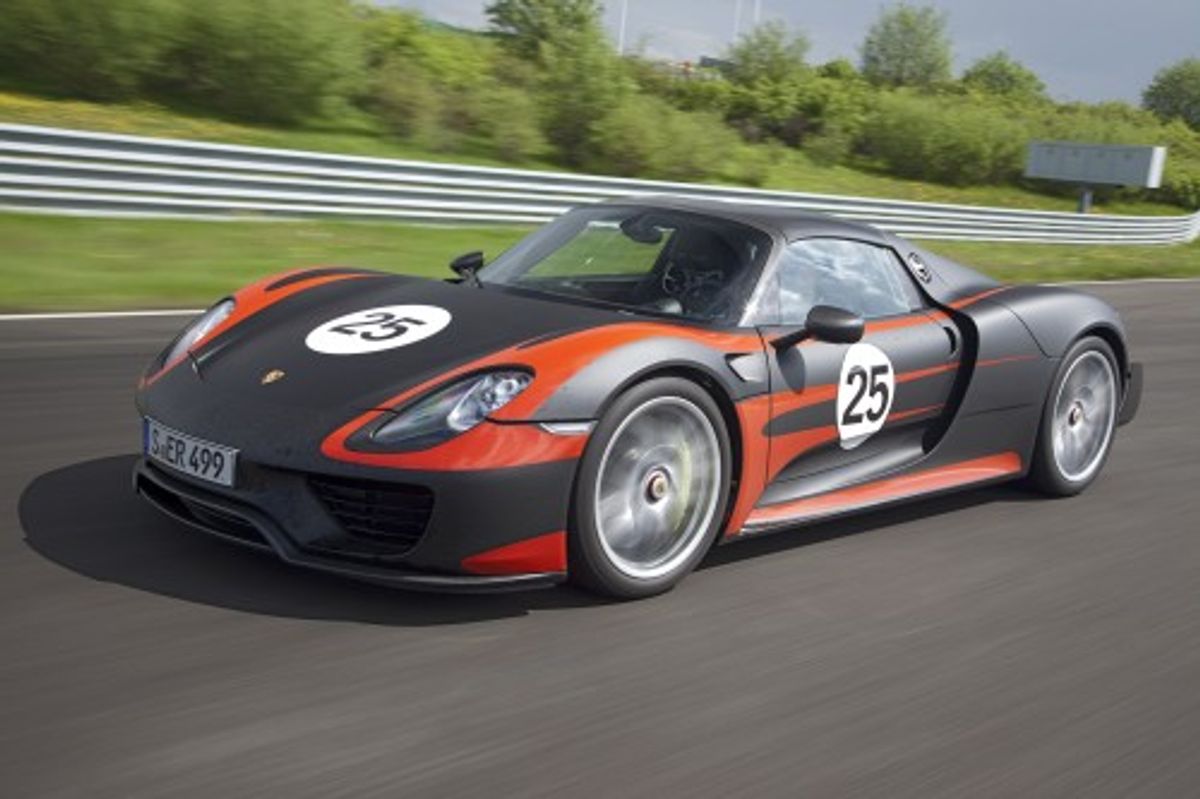 A prototype of the Porsche 918 Spyder (Porsche)
--

If you're going to buy yourself a hybrid, the Prius, with its fuel efficiency equivalent to 50 miles per gallon sets the standard as a solid choice. But if you're willing to spend $845,000 dollars for a "hot rod" that goes from zero to 60 in 2.8 seconds, there's the new Porsche 918 Spyder to consider. And so far as efficiency goes, according to Bloomberg, there's no longer a trade-off: The Spyder beats the Prius by boasting 72 mpg.

The Spyder -- Porsche's most expensive model ever -- premiered at the International Auto Show in Franklin, along with BMW's i8, a plug-in hybrid that gets over 118 mpg to the equivalent Prius's 95. That one's retailing for a more conservative $135,925. Those in the know say "these ultra-efficient sportsters help automakers meet tougher emissions regulations without sacrificing power and performance," and in so doing "break the association between speed and pollution." Says Porsche head Matthias Mueller: “We’ll prove even to critical observers that sports cars have a great electric future.”

In a further sign that hybrids have the potential to reach mainstream ideals of cool, the i8 was featured in the latest Mission: Impossible movie. Let's assume the rights for The Fast and the Fuel Efficient have already been sold.